RAPHAEL VARANE trained with Manchester United for the first time on Monday.

The centre-back also revealed he plans on bringing his 'winning mentality' to Ole Gunnar Solskjaer's squad after his £42million move from Real Madrid. 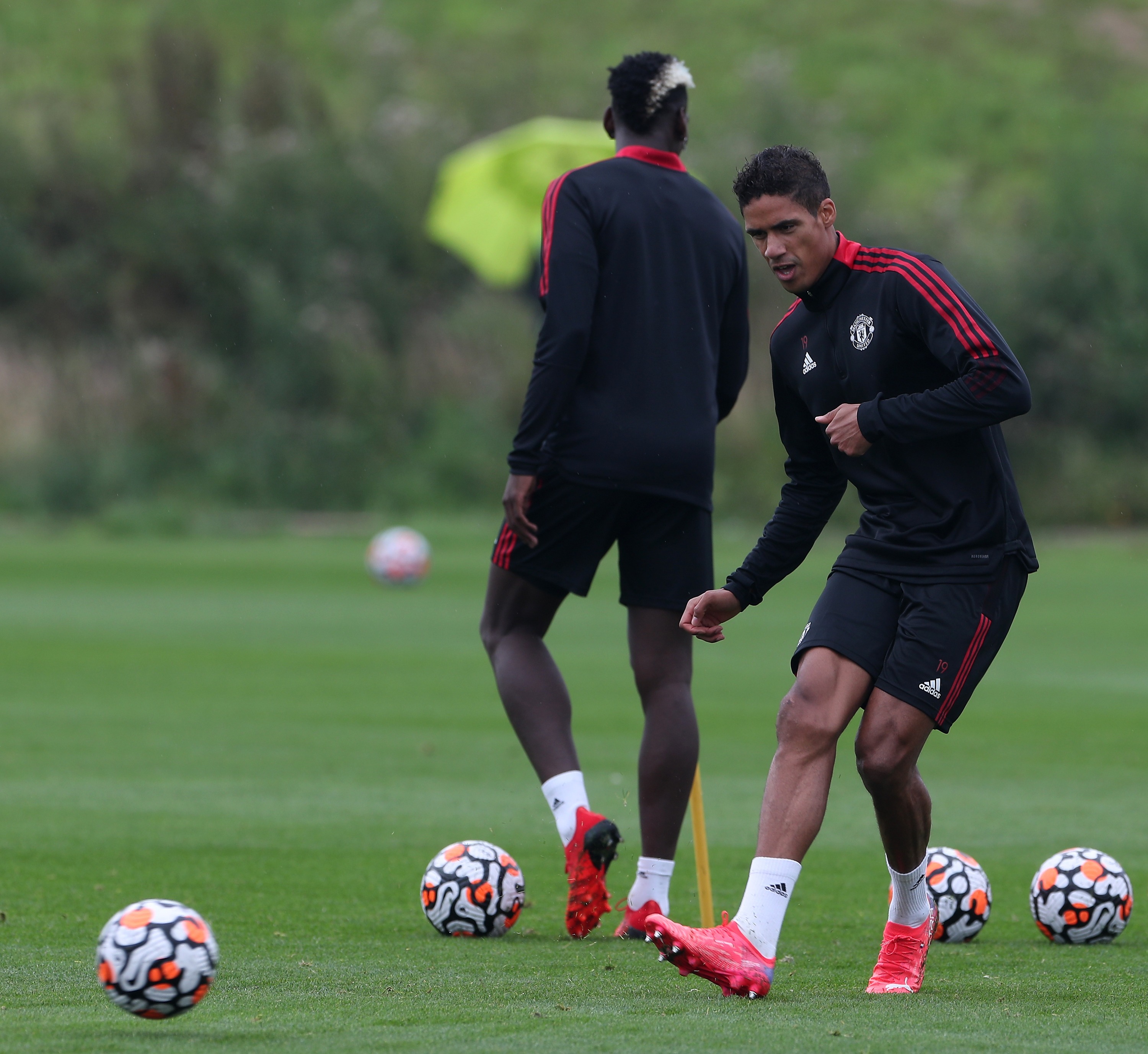 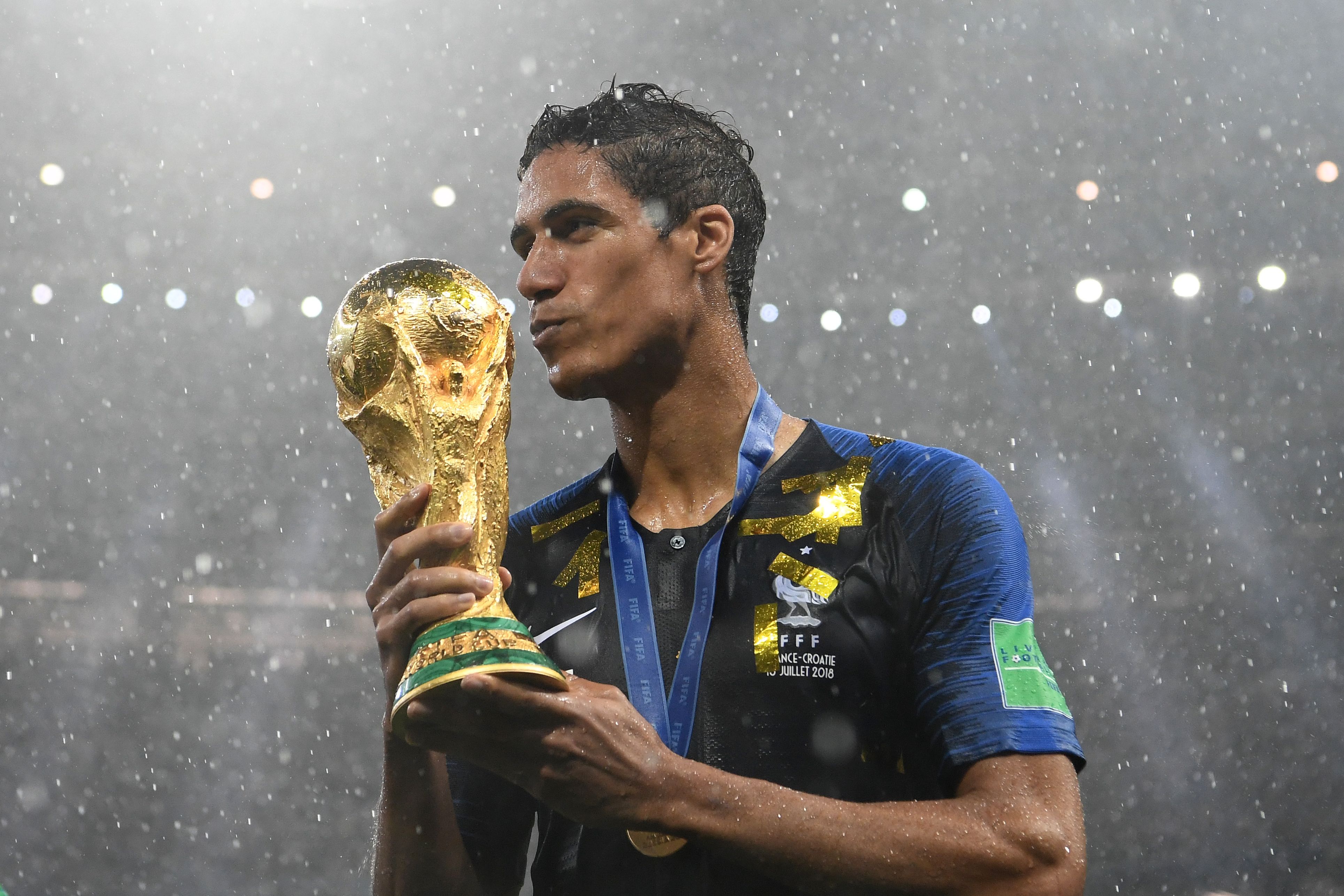 Varane, 28, took part in Monday's session at Carrington. He was pictured doing running and passing drills.

And he also took time out to chat to fellow newbie Jadon Sancho.

The Red Devils announced the arrival of the France international just moments ahead of their season opener against Leeds in front of a packed out Old Trafford.

A deal was agreed last month which is said to be worth an initial £34m – with a further £8m in potential add-ons.

But with Varane enjoying a post-Euro 2020 break, he's only just passed his medical and put pen to paper on his contract.

However, having been seen training with his new team-mates, the former Lens man is keen to get up to speed as quick as possible. 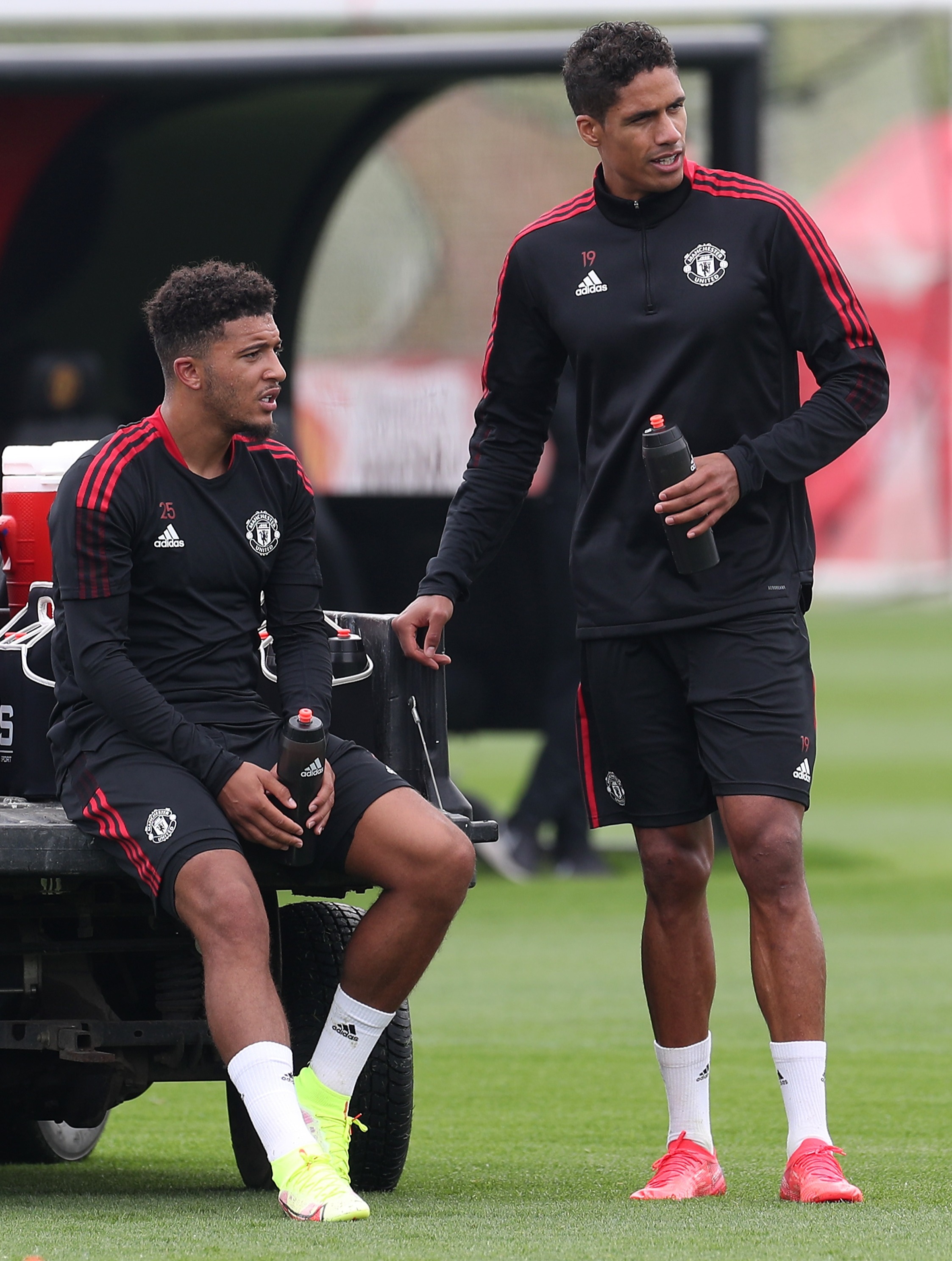 And despite some questions surrounding his motivation to keep winning at United, he insists his mindset will stay with him at Old Trafford.

He told United's website: "I think the winning mentality is there every day.

"When you win I think you are more hungry and you want to demonstrate that it wasn’t casual; it was because you worked hard and made a lot of sacrifices and because you deserve it.

"The more victories you have, I think it’s more motivation also.”

Varane admits France's 2018 World Cup win is the pinnacle of his career so far but he is not willing to stop there.

He added: "Honestly, just after the World Cup you have a moment to think ‘wow’!

"And after that, then you think what is the next step.

"I think when you win people are expecting you to show your level and that you are a winner and there are a lot of expectations after that.

Varane also revealed he has been dreaming of playing for Man Utd for 10 years since Sir Alex Ferguson visited his mum a decade ago.

After Varane was finally confirmed as a United player, Ole Gunnar Solskjaer said: “I’m absolutely delighted we have managed to secure one of the best defenders in the world over the last 10 years.

“Raphael is a proven winner who we have tracked over a long period of time and we know just how much of a dedicated professional he is.

“We have great depth of international defenders and he will add his immense skill set and leadership to that group.

“He is a unique defender with a rare combination of top-level attributes that I know will rub off on our younger players.

“He has won everything there is to win but I know that he is still determined to succeed, I can’t wait to welcome him into the squad.”