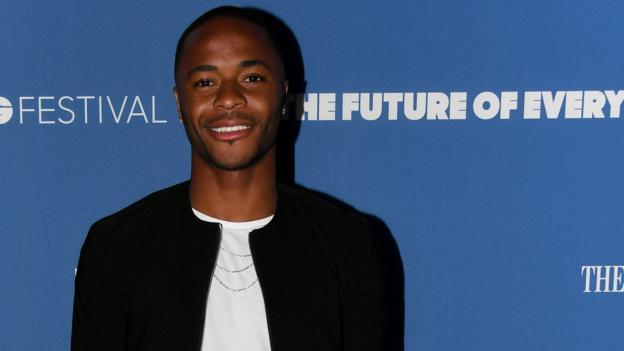 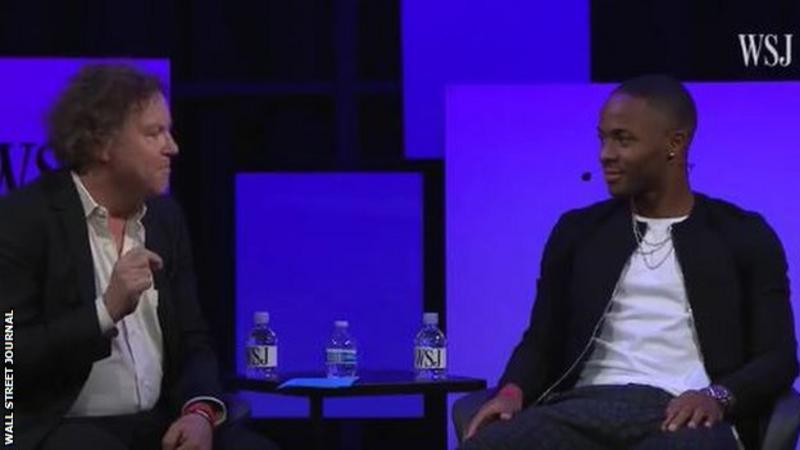 England and Manchester City forward Raheem Sterling says boycotting social media and wearing T-shirts is “not enough” to combat racism and there must be “harder punishments”.

Sterling, 24, was speaking at the Wall Street Journal’s Future of Everything Festival in New York on Tuesday – three days after winning the FA Cup to complete a historic domestic treble.

“Teams getting points deductions, getting kicked out… this is when people start taking it seriously,” said Sterling,

Sterling, who scored 25 goals in all competitions this season, has been praised for his readiness to speak out on the issue.

After he was allegedly racially abused by Chelsea fans in December, he used Instagram to criticise the media for the way they report on black players.

When England players were racially abused during a Euro 2020 qualifier in Montenegro in March, Sterling celebrated a goal by cupping his ears in the direction of the home fans.

The Wall Street Journal, which is hosting a four-day festival featuring “groundbreaking leaders, innovators and change-makers”, described him as a “trailblazer against discrimination on and off the field”.

Sterling was interviewed in front of an audience by the Journal’s global sports editor Bruce Orwall, before taking part in a question-and-answer session.

Asked if football bosses in England had approached him after he spoke out, Sterling said: “After the situation at Chelsea they came to me with an idea, but I did not agree with it.

“It was a social media blackout. I said I simply don’t agree with what you want to put out – it is a social media post that will happen for one day. In two days’ time it will all be forgotten about.”

In April, the Professional Footballers’ Association launched the #Enough campaign, with footballers in England and Wales boycotting social media for 24 hours to protest against the way social networks and football authorities respond to racism.

Sterling said anti-discrimination charity Kick It Out “do a lot in England” but added: “A few times they get us to wear a T-shirt, but again it is not enough. There needs to be harder punishments.”

Montenegro were ordered by Uefa to play their next home match behind closed doors for the racist abuse of England player and fined 20,000 euros (£17,253) for other offences.

England and Tottenham defender Danny Rose has criticised punishments for racism, saying the fines are the same as what he spends on a night out.

Sterling continued: “If I go to a football game and I support Manchester United, for example, I don’t want to be the person that lets my team down by saying silly remarks in a stadium.

“If you know your team is going to get deducted nine points, you are not going to say these racist remarks even though you shouldn’t have it in your head.”

Sterling said he hoped to have further discussions with football bosses about tackling racism.

“You can get caught up with training every day, and games every two, three days, so you don’t really have a lot of time to be out and speaking to people,” he said.

“But in my off time and holidays if I can get around and speak to the Football Association and the people in the Premier League and see how we can go about doing things better in the future, for sure I’ll be there in person to try and do that.”

Sterling, the PFA Young Player of the Year and Football Writers’ Association Footballer of the Year, said fan behaviour has improved in the past decade.

“It was a lot, lot worse than it is now,” he said. “It’s starting to get better and people are understanding that they can’t say certain things.

“It’s partly English culture on a Saturday to go out early and get ready for the game and start drinking. So a lot of these people are kind of drunk by the time they get [to the stadium].

“From that [Instagram] post, it has had not been quite as bad. The public have got on to the newspapers, they have woken up, seen what I was saying and topics I was opening up to.

“The main reason comes back to press. A lot of players in England try and do as much as they can to stay out of the public eye.

“You see over here in America there is more discussion; it is a lot more open. In England a lot of players could do without the stress, because once they come at you, they come at you hard.”