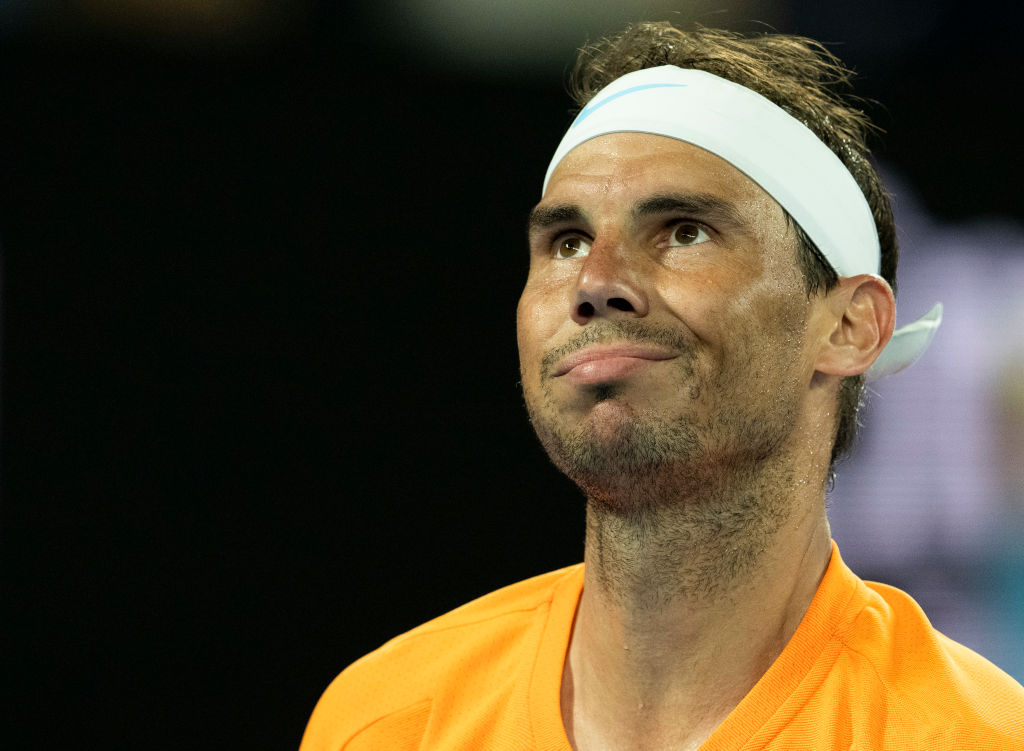 Rafael Nadal is set to miss six to eight weeks after picking up a hip flexor injury during his shock second-round exit at the 2023 Australian Open.

The 22-time major champion was unable to defend his crown at Melbourne Park despite heading to the tournament as the top seed and was eliminated by American world No.65 Mackenzie McDonald in straight sets.

The 36-year-old Spaniard, ranked world No.2, admitted he was ‘destroyed mentally’ as he suffered his earliest Grand Slam exit in seven years as his wife Maria was spotted crying in the stands.

Nadal has now provided an update on his nasty muscle tear injury and is set for up to eight weeks on the sidelines – making him a doubt for Indian Wells at the start of March – although he will be able to return in time for the French Open.

‘He will be resting once back in Spain and will start with anti-inflammatory physiotherapy,’ Nadal’s team said in a statement with the tennis legend not due to come back to the ATP Tour until sometime in March.

‘The normal time estimated for a complete recuperation is between six and eight weeks.’

The statement follows an MRI scan Nadal had on his left leg on Thursday which revealed the grade two injury in his iliopsoas muscle.

Nadal, speaking after his Australian Open exit, revealed that he did not want to retire through injury during his second-round defeat to McDonald.

‘I can’t say that I’m not destroyed mentally at this time because I will be lying,’ Nadal said. ‘It’s hard for me.

‘I considered it all the time, stopping… I just wanted to finish the match. That’s it… I didn’t want to retire, to be the defending champion here.

‘I didn’t want to leave the court with a retirement. I have been a couple of days like this [with injury]. But nothing like today in that movement.’