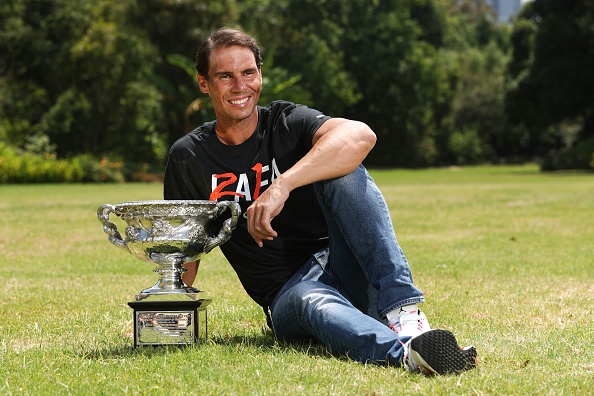 Tennis superstar Rafael Nadal claims he can win the 2023 Australian Open despite his horrific run of form.

The 36-year-old, a 22-time Grand Slam champion, is set to defend his title at at Melbourne Park when the first major tournament of the year gets started on January 16.

Nadal, the current world No.2, will be the top seed Down Under after world No.1 and fellow Spaniard Carlos Alcaraz was forced to withdraw with a right leg muscle injury.

Nadal has not been playing his best tennis, though, and has lost six of his last seven matches on the ATP Tour – dating back to his fourth-round US Open exit to Frances Tiafoe.

He struggled with injury in the second half of 2022 and has not defeated a player ranked in the world top 50 in a competitive match since Wimbledon.

His only win from his last seven matches came in a dead rubber against Casper Ruud at the ATP Finals.

Question marks remain over Nadal’s fitness and his aging body, but he is adamant he is ‘not unhappy with his preparation’ heading into the Australian Open as he looks to win the Grand Slam for the third time in his career.

‘It’s true that the last couple of tournaments I wasn’t able to play my standards and here at the beginning of the season I lost two matches in Sydney, but honestly, I am not unhappy with the preparation,’ Nadal said.

‘I need to win matches for sure. But the preparation is going quite well, practising a lot and I think I am in good shape.

‘Then you need to demonstrate that in the matches, in the official tournaments.

‘But I’m confident that if I am able to have this last week of positive practices, why not [win the Australian Open]?’

Things have changed in Nadal’s personal life after he became a father in October and the Spaniard admits he may need some time to ‘adjust’.

‘It’s about adapting to this new part of my life in all ways,’ Nadal added. ‘You need a little bit more of organisation than before without a doubt.

‘But it’s the first time that happens in my life. So I need some time to adjust all the things that are going to help me to stay the same as before, but I think I have all the things around me that help me to keep going without problems.’