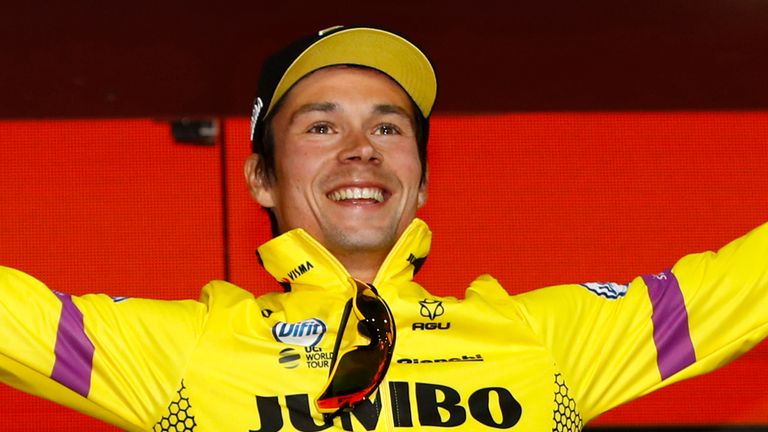 Primoz Roglic lived up to the hype as he smashed the competition to win the opening time trial of the Giro d’Italia and take the overall leader’s pink jersey on Saturday.

The Slovenian, one of the race favourites after winning all three races he has entered this season, clocked 12 minutes 54 seconds over eight kilometres from Bologna to the top of the San Luca hill.

He beat Briton Simon Yates by 19 seconds after the Mitchelton-Scott rider, who had warned that his rivals should be scared of him, looked impressive in the final two kilometre climb.

Home favourite Vincenzo Nibali was third, 23 seconds off the pace as the Team Bahrain leader got off to a decent start in his quest for a third Giro title after triumphing in 2013 and 2016.