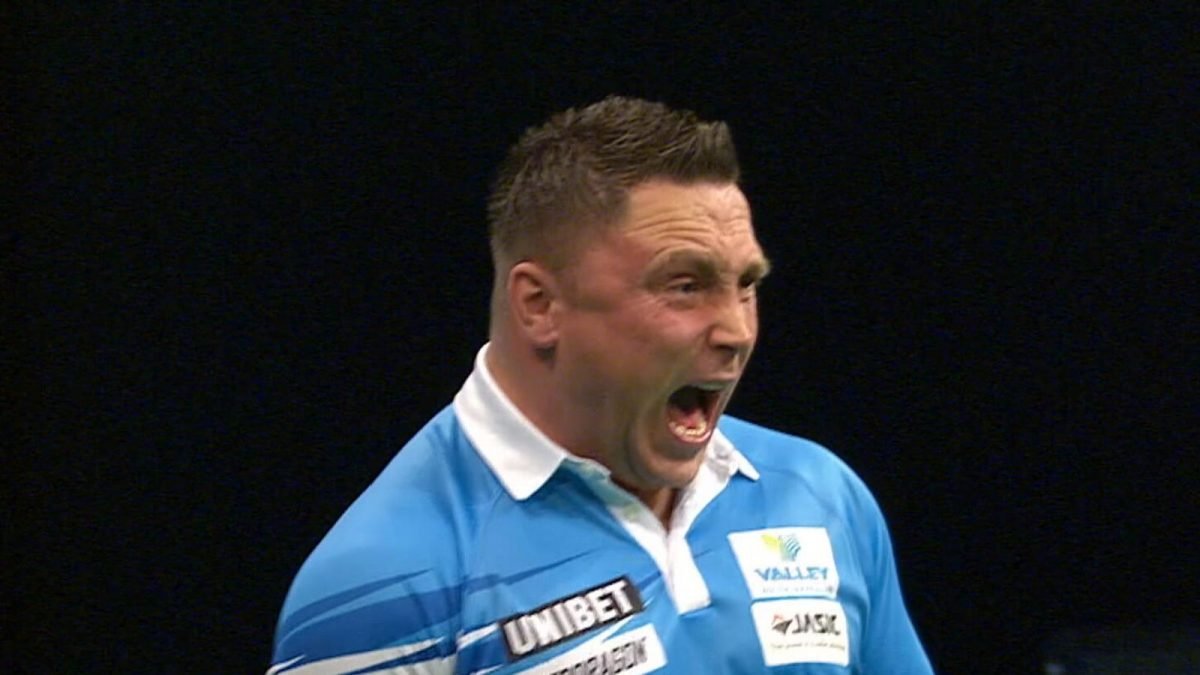 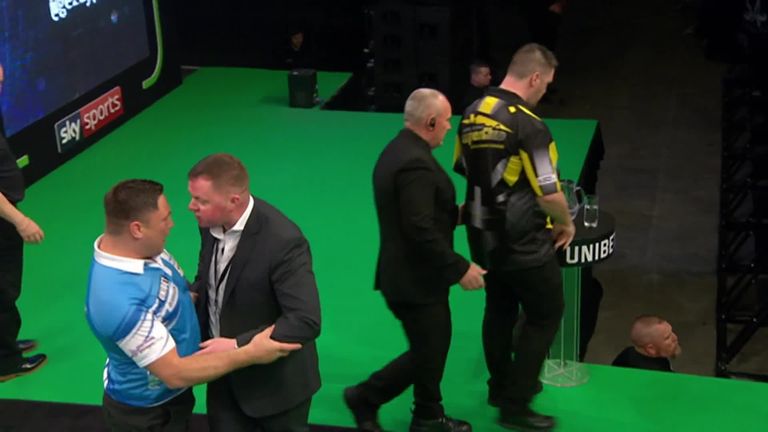 Gerwyn Price and Daryl Gurney pushed and shoved each other during Premier League Darts on Thursday.

Security separated the angry duo moments after their 7-7 draw, which keeps both men outside the play-off places with one week still to go.

Price had been unhappy with the crowd’s booing and, when he nailed a checkout, he taunted them. 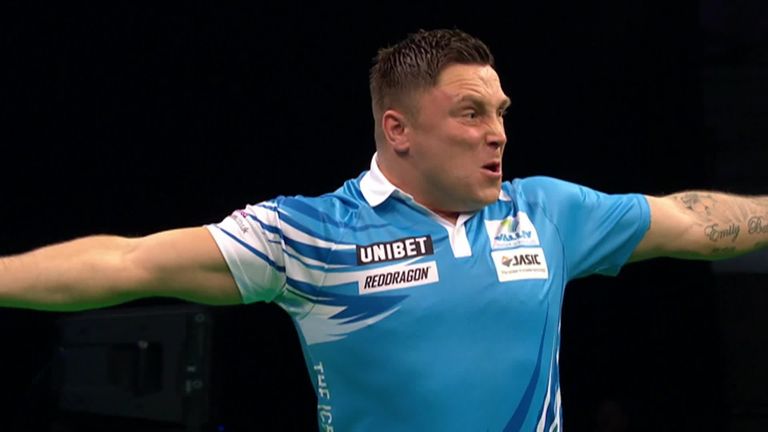 Gurney then sealed a point and mocked Price, which caused the ruckus.

Wayne Mardle said: “Daryl was the initial aggressor. Price is in a position where he cannot react because he has a possible suspended ban hanging over him, from the Grand Slam. 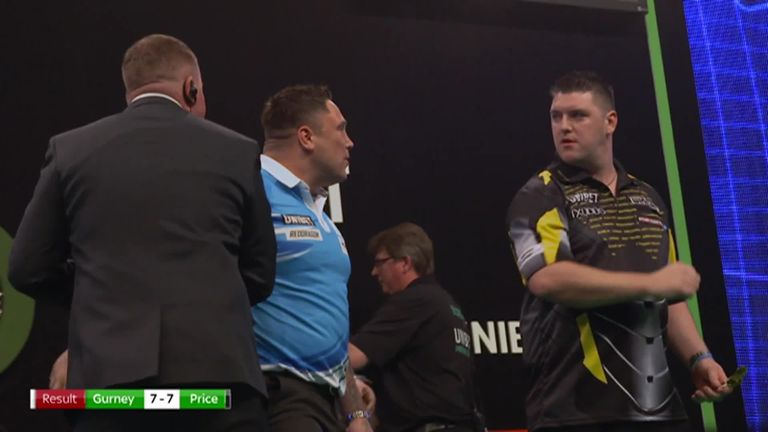