The Colombian whizz, 25, took no time at all in acclimatising to the Premier League and helped spearhead the Reds' push for a remarkable Quadruple, ultimately walking away with two trophies. 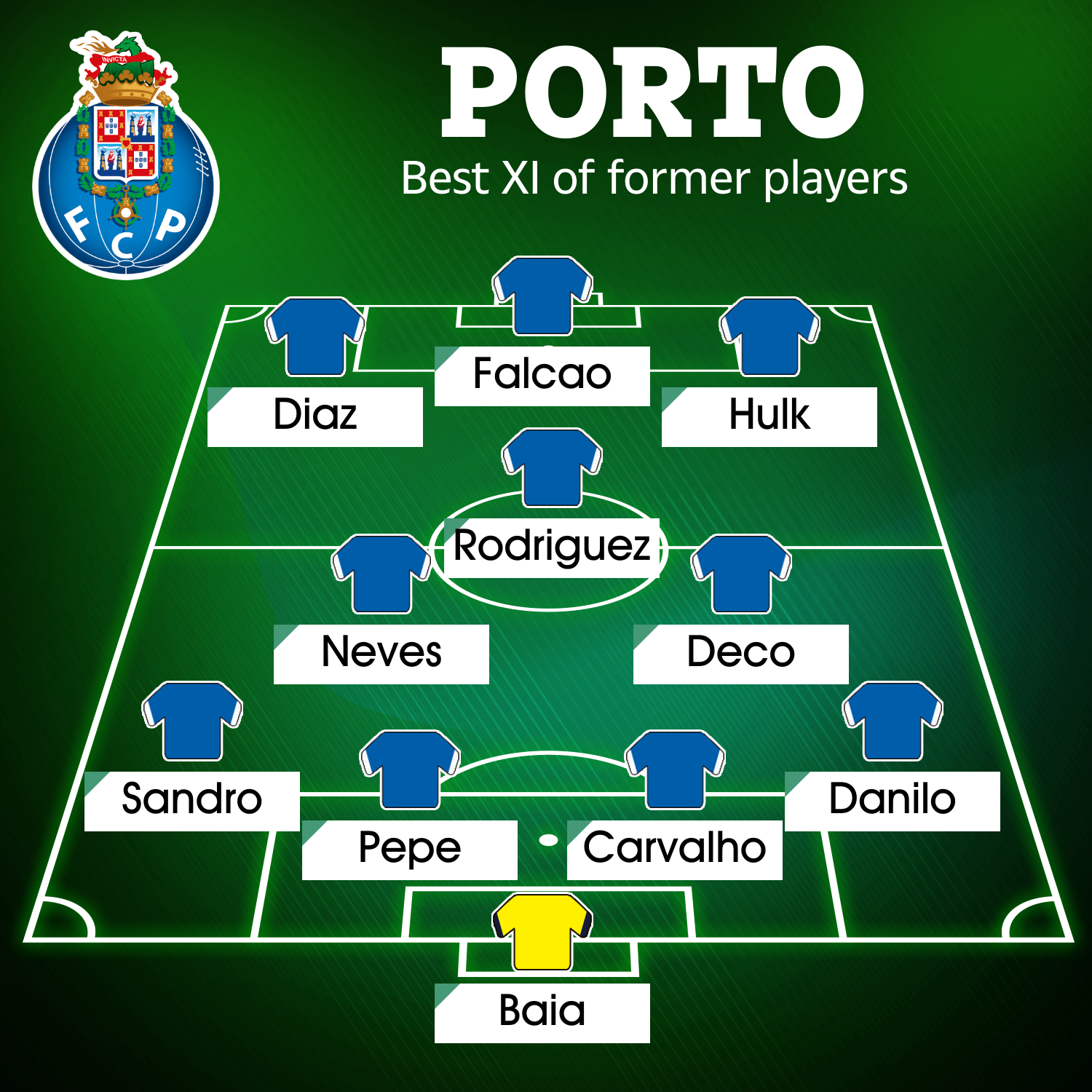 But Diaz isn't the only superstar player to pass through the Portuguese powerhouses… not by a long shot.

In fact, Porto's alumni is a who's who of footballing giants – with a best XI worth a staggering £267million.

And bearing in mind some players moved in the early 2000s, adjusting for inflation, that total could – and perhaps should – be closer to the £500m mark.

To this day Vitor Baia's £6m move to Barcelona is the club's biggest sale from a goalkeeper.

Royal Ascot special offers and FREE BETS: Get £60 in bonuses with Betfred

Baia, an 80-cap Portugal star, spent eight years at Porto before a two-year stint at the Nou Camp sandwiched in between another near-decade spell back at his boyhood club.

With dozens of world-class defenders to choose from, it was a near impossible feat comprising a back-four.

As well as stunning careers at Porto, the chosen four thrived at Juventus, Chelsea and Real Madrid during their illustrious careers.

That means the likes of Eder Militao, Eliaqium Mangala, Ricardo Pereira, Diogo Dalot, Jose Bosingwa, Nicolas Otamendi, Alex Telles and Paulo Ferreira – many of who were even more expensive – narrowly miss out on a spot in the XI.

The midfield was even harder to decide, with ex-Manchester City star Fernando, former Manchester United ace Anderson and Wolves' Joao Moutinho all missing out.

Middlesbrough icon Emerson, Maniche, Fredy Guarin, Raul Meireles and Danilo Pereira all fail to make it into the star-studded trio.

Up front, Diaz (£42m) is joined by cult icon Hulk and former world-beater Radamel Falcao (both £36m) in a fearsome front-three.