MAURICIO POCHETTINO insists he is ready to QUIT Tottenham this summer — unless he receives assurances from chairman Daniel Levy over the club’s plans.

The Spurs boss dropped the bombshell less than 48 hours after guiding the club to their first Champions League Final. 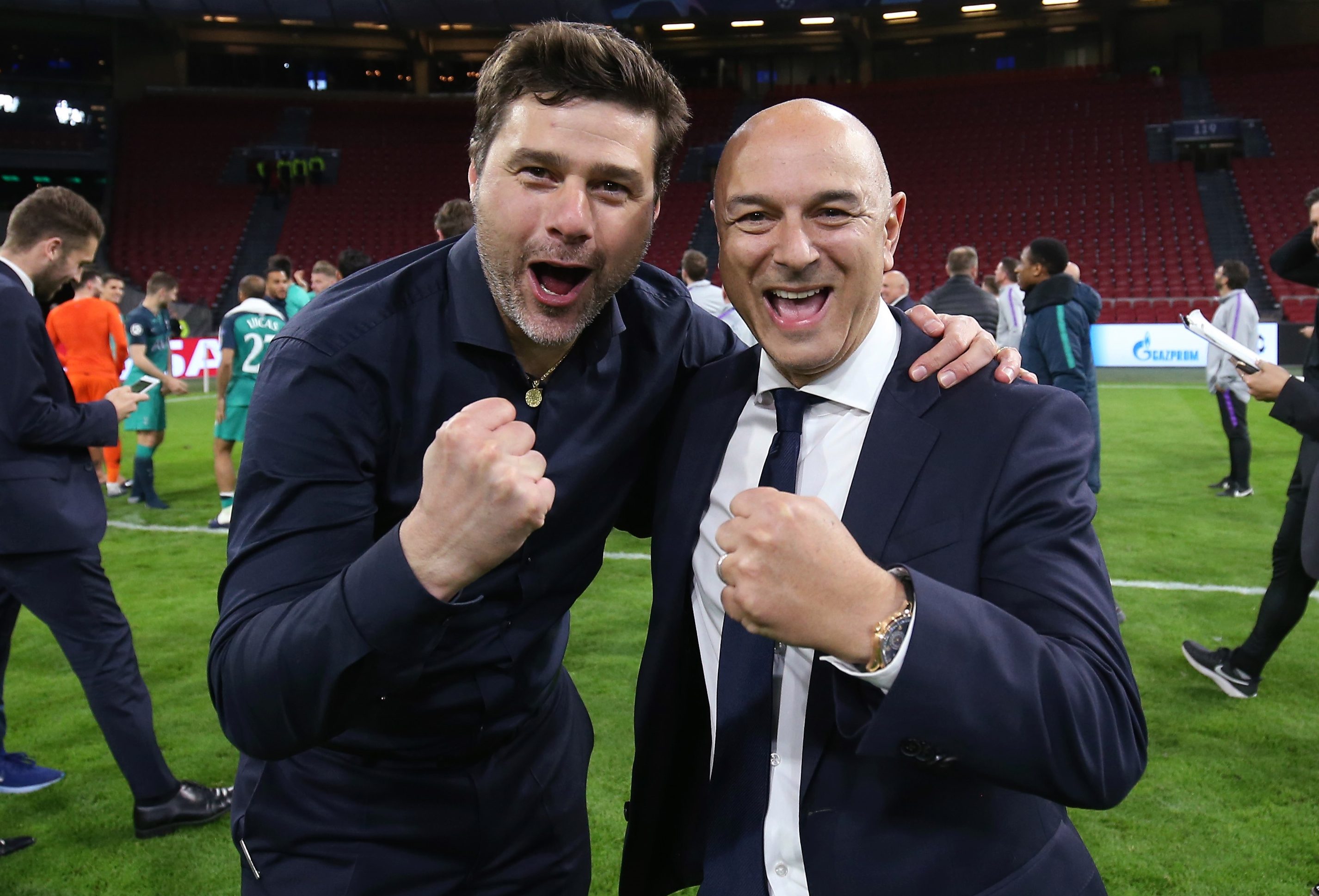 Asked again if a surprise sabbatical is in his thoughts, Pochettino said: “I’m open for everything. What I do think is, I’m not open to start a new chapter with no plan or a clear idea and not being transparent.”

Poch raised eyebrows before the epic semi-final win at Ajax on Wednesday by saying he could retire if they were crowned Kings of Europe.

After the 3-2 comeback win, he refused to climb down and yesterday revealed he could be on his way even if they do not beat Liverpool in Madrid on June 1.

Poch signed a new five-year deal worth £42.5m only a year ago but he wants to know Levy’s plans for the next five years before deciding whether to continue.

He was linked with Manchester United and claimed this week he turned down the Real Madrid job, said: “It’s been a massive success. That’s why we feel so proud of these five years. But what is next? What next? That’s the question.”

The Argentine, plucked from Southampton in 2014, has delivered a Champions League Final and — barring a disaster tomorrow — a fourth successive top-four finish despite no new signings for two windows.

But after leading them into their £1billion new home last month, he has warned spendthrift Levy he cannot keep pulling rabbits out of the hat.

Poch said: “If we expect every season to be in the Champions League final because it is our plan, we need to create a plan.

“And that plan maybe is different to what has happened in the last five years.

“But if we believe that if we operate in the same way we are going to be every season in the final, and in the top four competing against projects like Liverpool or Manchester City or Manchester United, I think we are very naive.

“We are all excited now, it’s difficult to see the future but the future arrives quick.

“If you don’t start to work and do not make a plan, if you don’t anticipate the things, when you crash you crash.

“It's Daniel’s decision to be consistent and to create a realistic plan and to match the expectations from you and from the people because if not, our destiny is to crash. It’s not to be successful like today.”

Pochettino also hinted Tottenham could be looking to bring in a football director above him.

He said: “I need to know for what we are going to fight and then who is going to assess the tools that we have to achieve what we plan to achieve.

“Because if someone is coming from outside and wants to assess my job or the way we want to operate or how we want to assess the players and I don’t have the possibility to do what we need to do, everything is going to be difficult, no?

“That is plenty of things we need to make clear after June 1. I think you all agree?”