The Spaniard has been renowned for his knitwear on the touchlines for City. 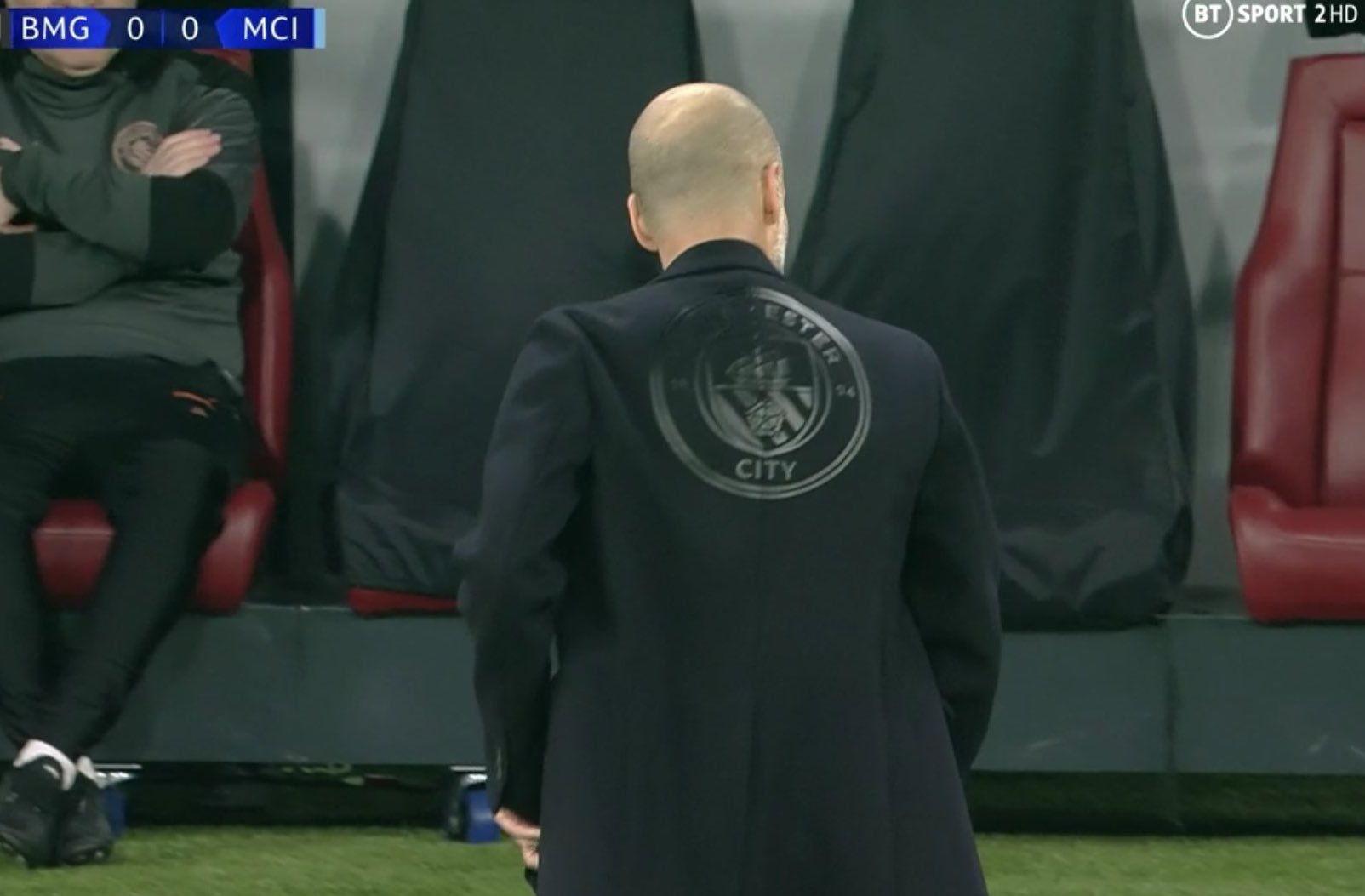 But Guardiola stepped up his game as he debuted a jacket which sported a massive City badge across the back.

Naturally, fans were in hysterics online with the slick coat as his stylish side won yet again.

And even Manchester United legend Rio Ferdinand and Gary Lineker joined in the criticism of Guardiola's coat.

One said: "Didn’t think Guardiola’s coat would be the most interesting thing about Manchester City-Gladbach but here we are…"

Another said: "Gave Guardiola's coat high praise – then he turned around and showed the horrendous Man City badge on the back."

The parody account Accidental Partridge compared Pep to the comic TV presenter Alan Partridge and his Castrol GTX jacket which he wears to a funeral in one episode.

Goals from Bernardo Silva and Gabriel Jesus mean the Premier League leaders go into the return leg at Etihad in a month with a healthy lead.

And Guardiola has admitted European kings Bayern Munich are favourites to retain their title.

He said: "When I see Bayern Munich I don't think we are favourites. My target is West Ham in three days.

“We have a lot of money to buy incredible players. All the time it’s for the money – but without this quality of players you cannot do it.”