Boxing fans would have been left hoping for more blood-and-guts drama in the heavyweight clash across London a few hours later. 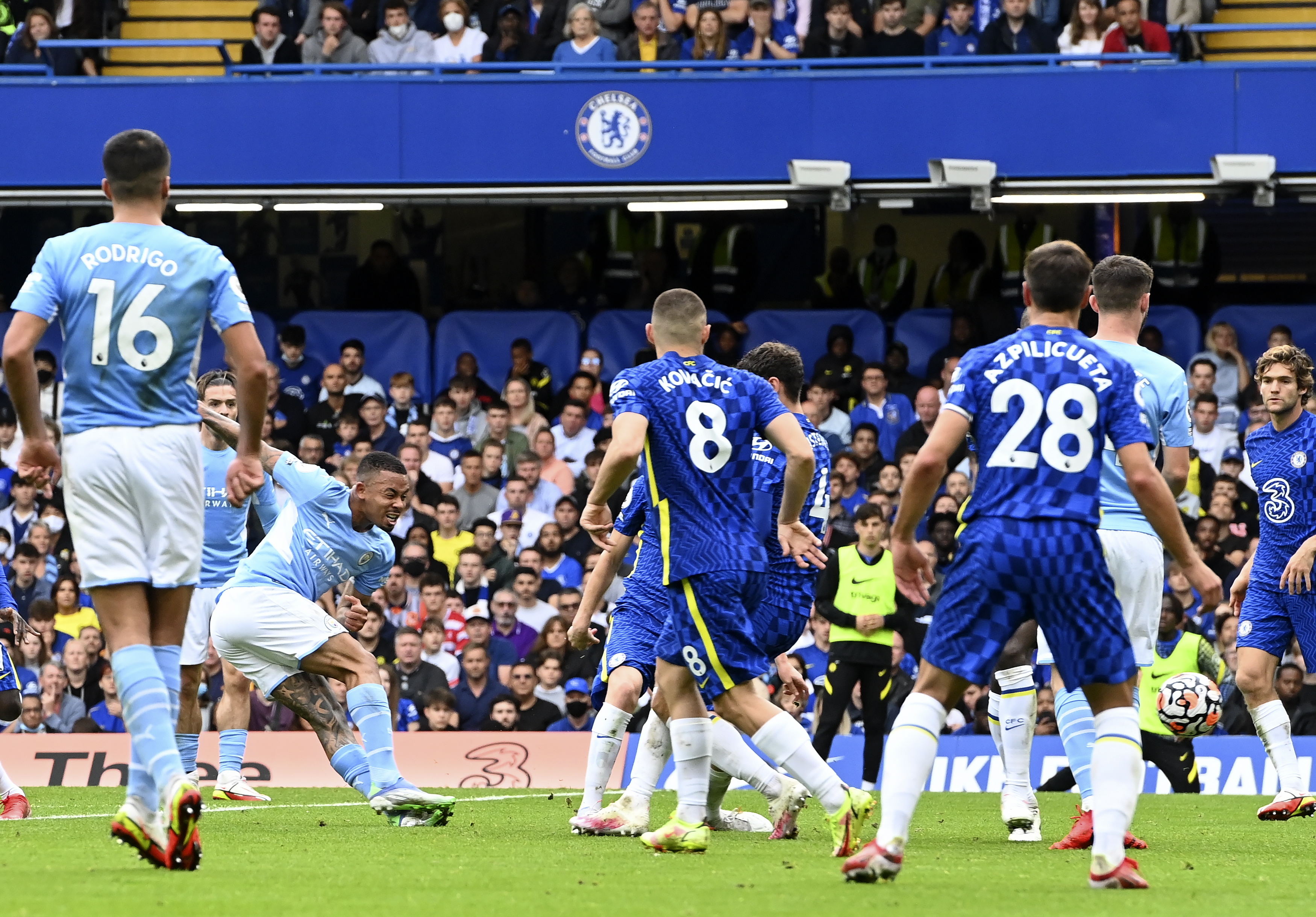 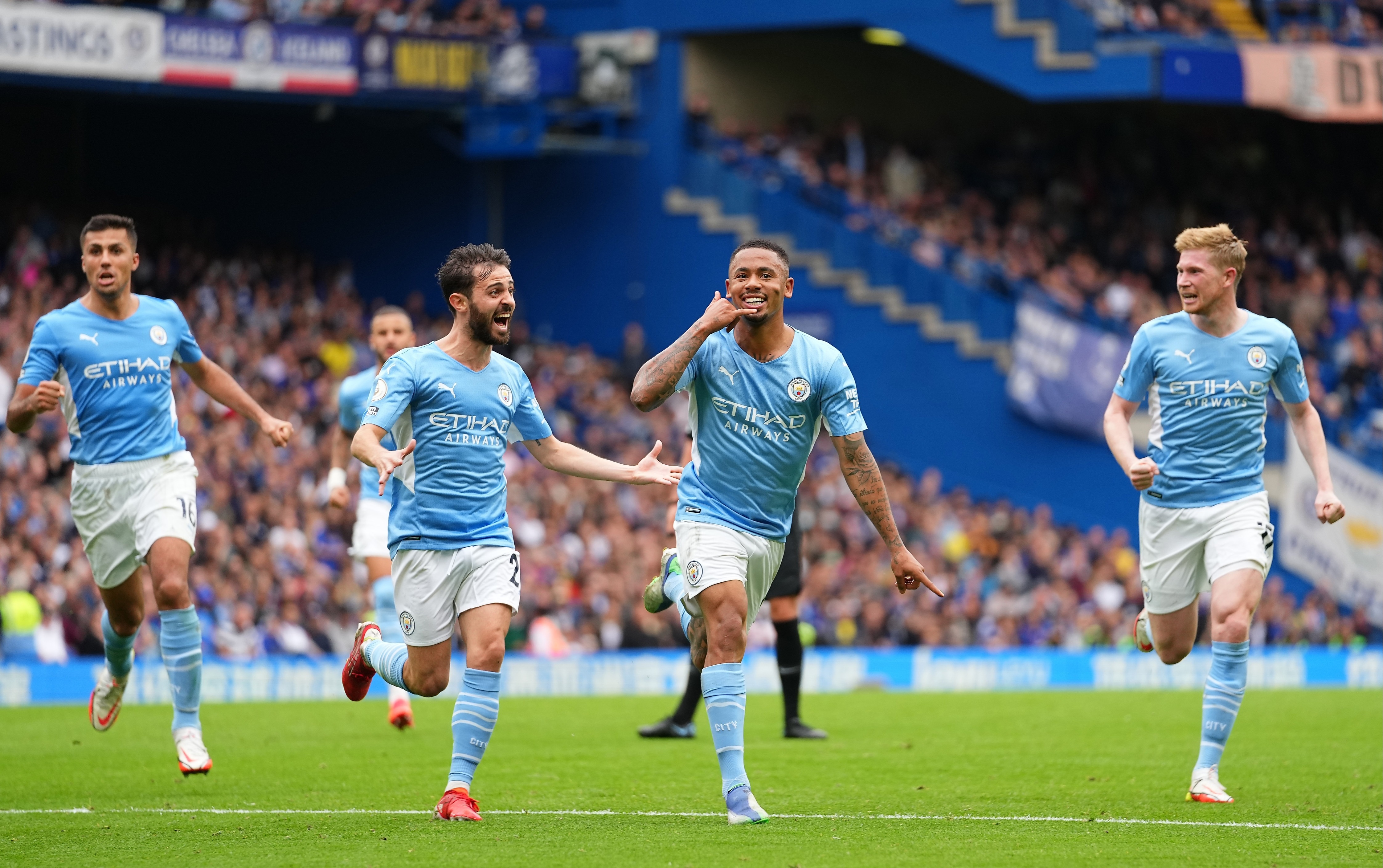 But this was a hugely satisfying win for Guardiola. And it suggests his reigning domestic champions can and will go the distance to defend their crown from the side that pipped them to European glory back in May.

Chelsea boss Tuchel seemed to have the measure of Pep Guardiola after getting the better of  him three times in six weeks last season, most famously in the all-English Champions League Final.

But no-one beats Guardiola four times in a row, it seems.

And this time it was Tuchel who appeared to over-think their latest clash, picking three defensive midfielders and leaving his own No 9, Romelu Lukaku, woefully short of service and support.

City dominated the game from the off, pressing hard and high and pinning Chelsea back in their own half.

Tuchel was going spare on the touchline, urging his side to put as much energy and intensity into playing as he was putting into watching.

But for all City’s superiority in possession and territory, they struggled to create clear-cut chances.

For most of the first half, City’s biggest threat was from corners, with Edouard Mendy fending away two dangerous deliveries and Jorginho heading clear from a Ruben Dias effort.

Jack Grealish grew in influence after Reece James was forced off injured and he found Jesus in the box.

The Brazilian took the ball down and cut back inside like a true No.9 but his finish was a number two.

Lukaku, meanwhile, had barely had a kick. The big Belgian holding up his arm as an apology to Tuchel symbolised Chelsea’s first half.

Things got worse early in the second half when Jesus proved he did know how to poach a goal. 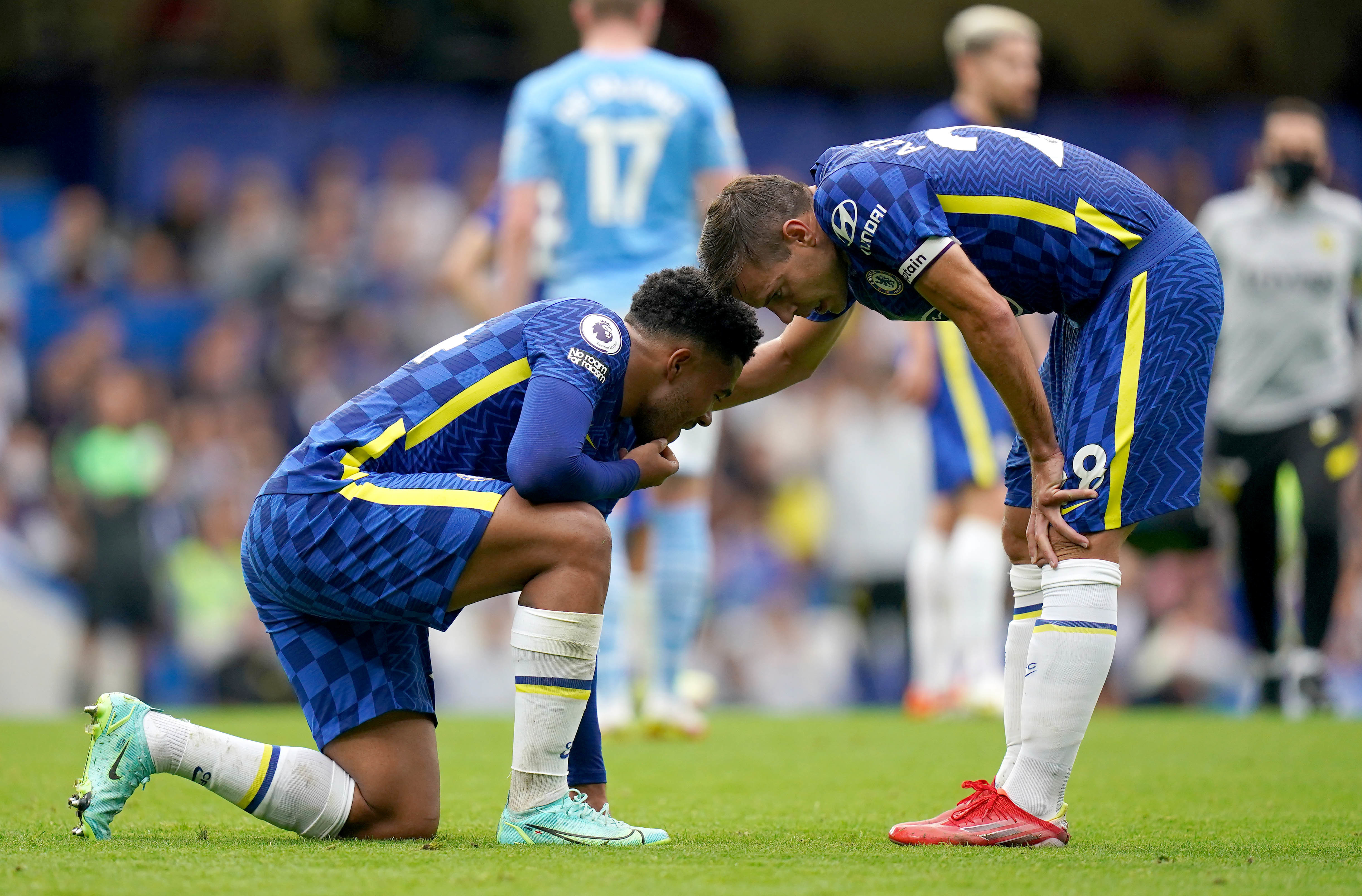 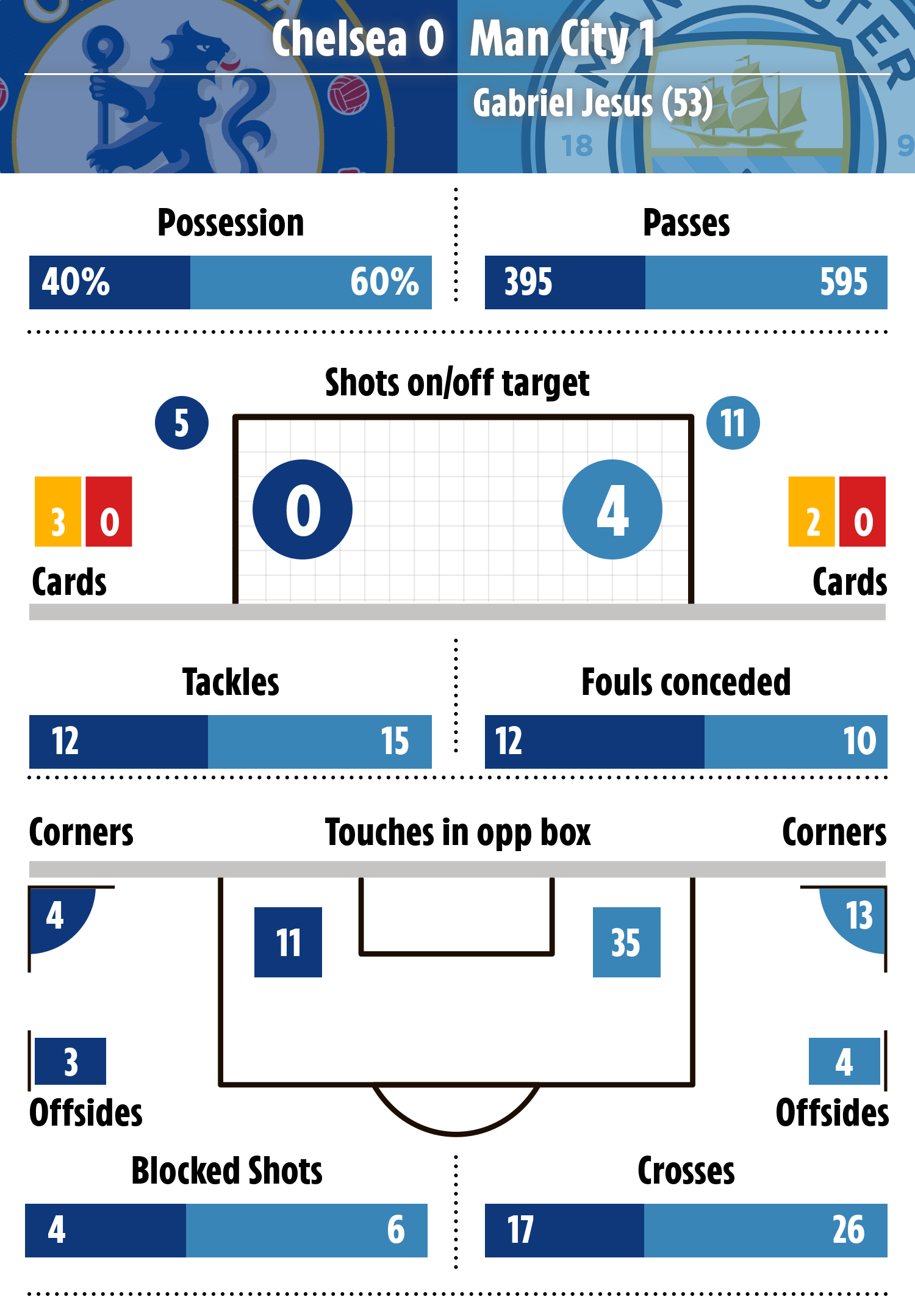 Despite being surrounded by dark Blue shirts, the City forward found a way to turn and get a shot away that was deflected. Edouard Mendy saw it so late, he didn’t even bother trying to stop.

By the hour mark, Tuchel had seen more than enough. Off came one of his three defensive midfielders, N’Golo Kante, and on came the hero of Porto, Kai Havertz.

But it was City who almost scored immediately, with Thiago Silva forced to clear a Jesus shot after Mendy’s parry.

Lukaku had the ball in the net but only after Havertz had been a Werner-mile offside in the build-up and if another goal was coming, it was surely at the other end. 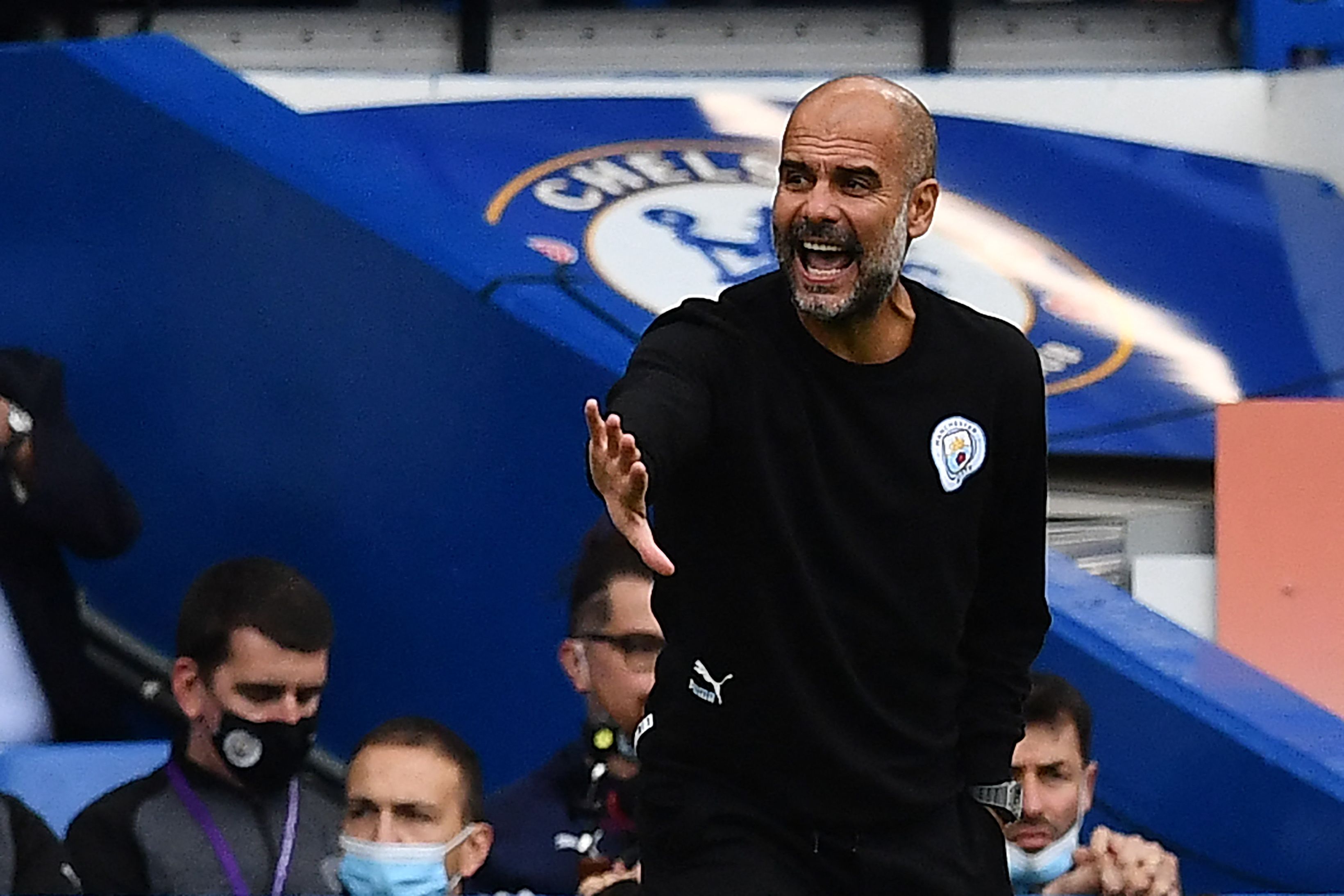 Grealish wasted a great break with a poor cross and Guardiola was losing his rag as even Kevin De Bruyne let him down with a poor pass.

Dias made a good block on Mateo Kovacic, while Laporte stabbed wide of Mendy’s goal after a free kick.

Grealish should have killed the game after City hustled yet another error out of the Chelsea defence, but Mendy saved.

There was plenty of stoppage time after a clash between Ederson and Havertz.

But this time Chelsea could not lay a glove on City.