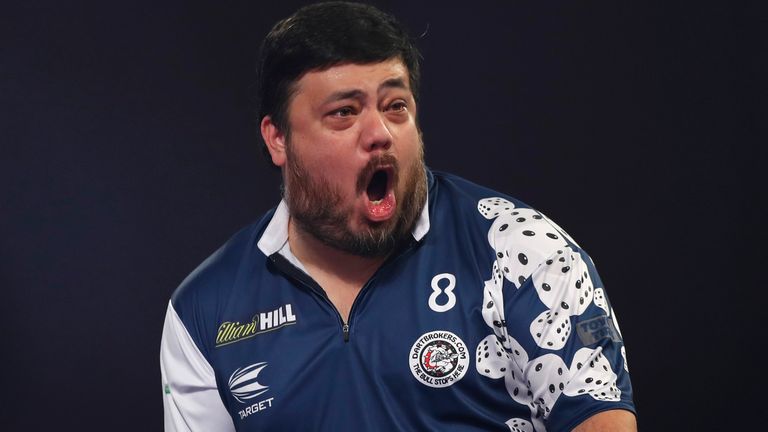 An emotional Danny Baggish was jumping for joy after sending two-time former champion Adrian Lewis out of this year’s World Darts Championship.

Baggish reeled in ‘The Big Fish’ en route to knocking out an out-of-sorts Lewis before breaking down in tears on the Alexandra Palace stage.

Also, Simon Whitlock sealed a thrilling victory against Darius Labanauskas, while there were wins for Joe Cullen and Brendan Dolan. 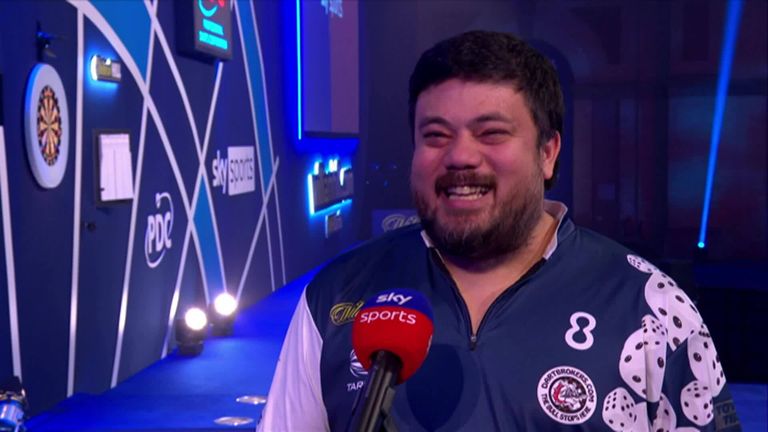 Former world champion Lewis was sent tumbling out of this year’s tournament with a shock 3-1 defeat to Baggish.

Lewis failed to get going in the opening set squandering five darts at doubles as Baggish whitewashed him. 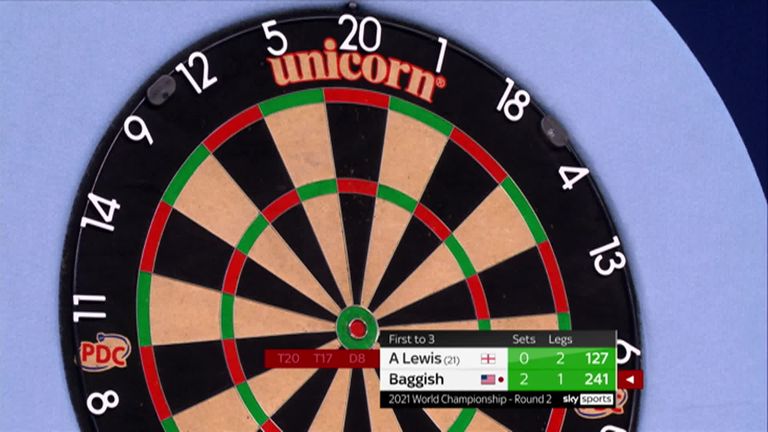 The American, who had already stunned Damon Heta in the first round, claimed his fourth straight leg at the start of the second set before ‘Jackpot’ finally landed a double at the 11th attempt to hold throw. But it was ‘The Gambler’ who took his chances to wrap up the second set 3-1 with Lewis down at just 1/16 on the double. 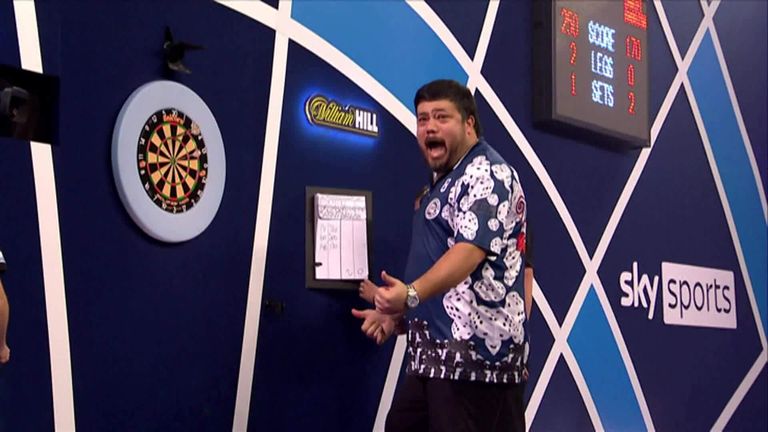 The Stoke-on-Trent thrower landed an 11-darter to break at the start of the fourth and he consolidated it by pinning D10. Baggish responded with the first 170 checkout of the tournament and then a fabulous 91 (Bullseye, 1, D20) to send the set into a deciding leg.

Baggish’s response seemed to knock the stuffing out of Lewis and he nailed D5 to record the biggest win of his darting career.

Things don’t get any easier for him with the daunting task of facing Premier League champion Glen Durrant next.

So sorry to my fans and sponsor @TargetDarts, well done to Danny, but for me it just didn't feel like the world championships, without the fans it just wasn't the worlds for me and I couldn't get the adrenaline going

American players with most wins in the PDC World Championship

Tuesday afternoon’s results at the Worlds

The Wizard out of this world 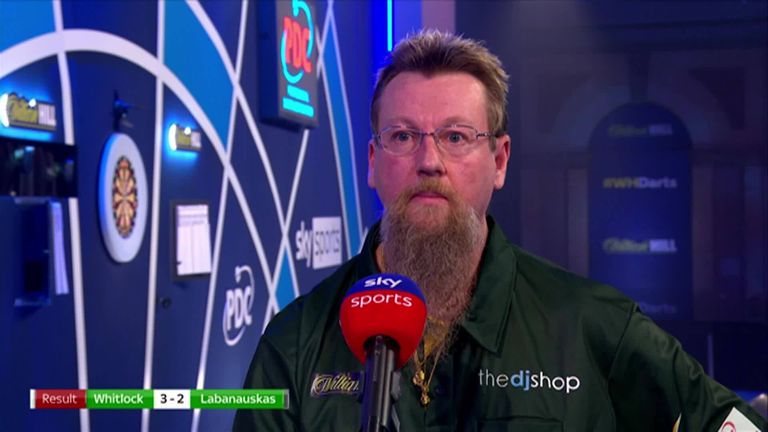 Australian No 1 Whitlock averaged 101.52 and struck 10 maximums to withstand the threat of Labanauskas.

Labanauskas, who reached the quarter-finals last year, nailed a brilliant 104 in the second leg before a 14-dart hold and he sealed the set in emphatic fashion with a fabulous 115 checkout to leave Whitlock stunned.

The Wizard of Oz cannoned in a 120 finish for a hold of throw in the third leg of the second set before finding some of his power scoring to complete a 13-dart break and level things at 1-1. 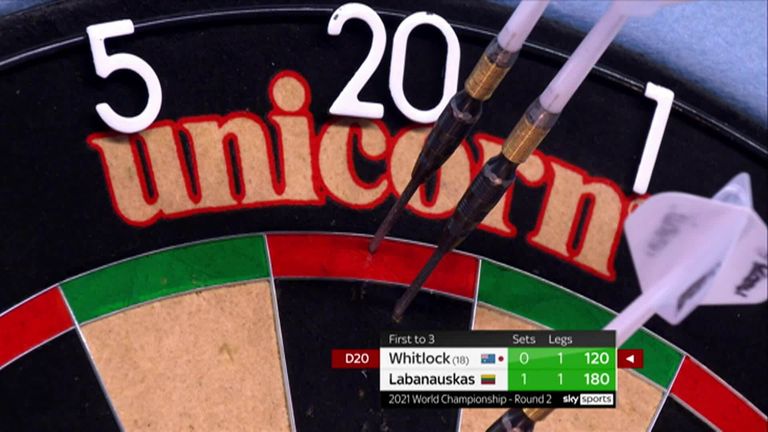 ‘Lucky D’ pummelled home his second 104 finish of the afternoon, but Whitlock, a runner-up to Phil Taylor at the Worlds in 2010, enjoyed a 13-dart break before going one dart better in the next, cleaning up 86 to win his fifth leg out of the last six.

The Lithuanian thrower moved two legs clear in the next but Whitlock held, then broke with an outstanding 84 out (T16, D18) to throw for the match. He sat on 36 for the match only to see Labanauskas land a remarkable 164 to level it at 2-2. 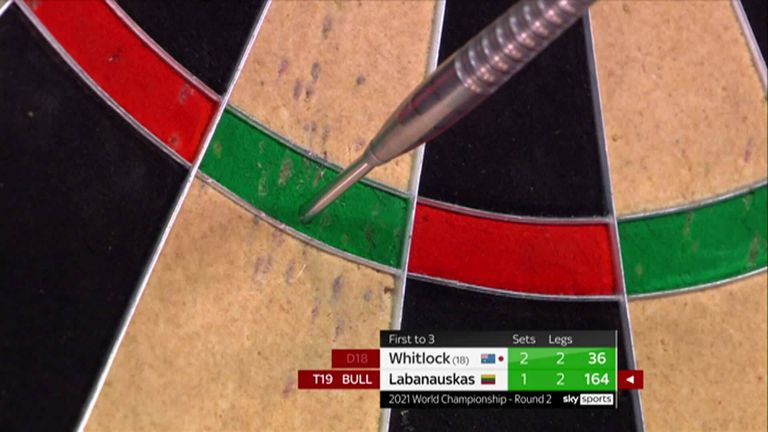 Whitlock came out all guns blazing in the decider with a sensational 10-dart leg before sinking tops to move one leg away from victory. And he completed the job after nailing D2 to set up a meeting with Krzysztof Ratajski. 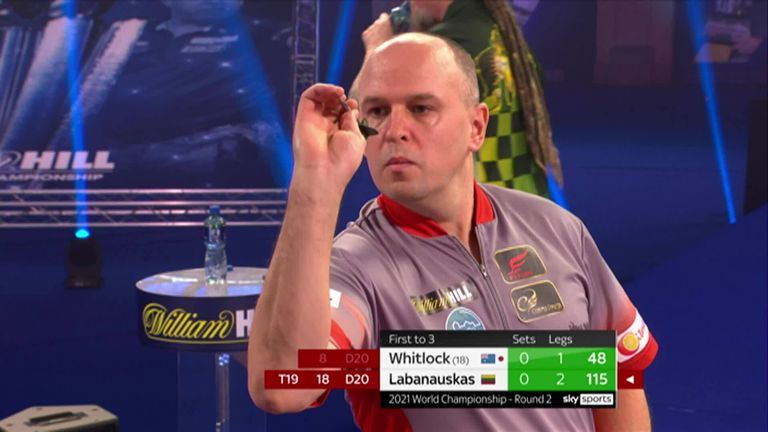 Tuesday evening at the Worlds 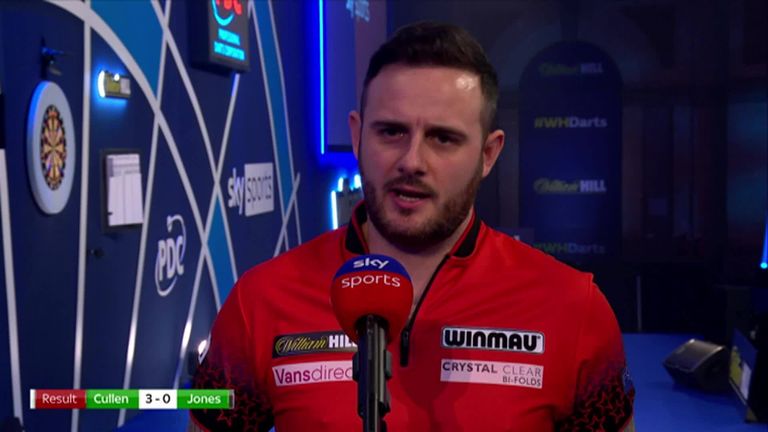 Yorkshireman Cullen rectified his poor world championship form to make it through to the next round without any hiccups thanks to his sixth consecutive victory over Wayne Jones.

In Cullen’s 11th tilt at becoming world champion – he had only won two previous matches – he overcame Jones 3-0 with an impressive display of arrows.

He strode to a 1-0 lead by easing through the first set, sealed with a classy 90 finish on the bullseye – averaging 92 with 75 per cent on the doubles. 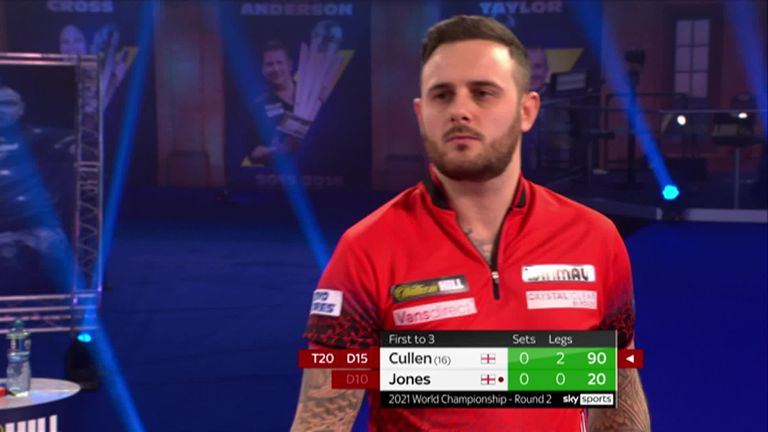 Jones, the 2006 semi-finalist, fought back from 2-0 down to force a deciding leg in the second set but Cullen eventually hit D4 despite having 16 attempts at the double in the set.

And ‘The Rockstar’ swept through the third set, making his superiority count with a 94.5 average and six 180s. He will meet his good friend Jonny Clayton next.

Wednesday at the World Darts Championship

The Price is right for Dolan Foulkes was a virtual unknown prior to this year’s showpiece, but he made his mark with a stunning debut win over Mike De Decker, whilst his fascinating back-story also endeared him to the darting masses. 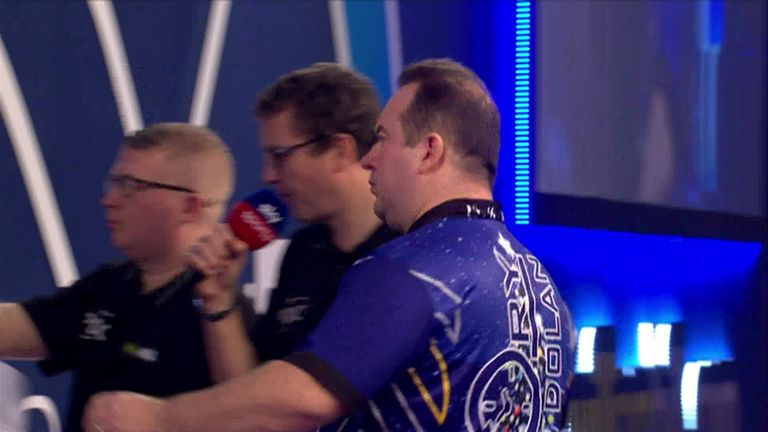 Dolan made a blistering start to proceedings, wrapping up the opening set inside six minutes with an average in excess of 104, although it was a very different story in the second, as Foulkes punished the Northern Irishman’s 78 average to level.

The Japanese qualifier displayed glimpses of his quality, but he was left to rue missing a set dart at tops for a 2-1 advantage and experience ultimately paid dividends for Dolan, who kept his cool to set up a meeting against ‘The Iceman’. Worlds to remain behind closed doors 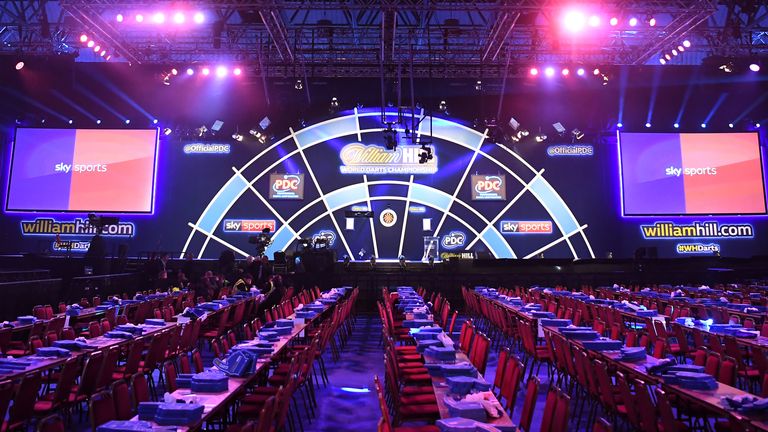 In other news, the remainder of the event will be played behind closed doors at London’s Alexandra Palace.

The sport’s biggest tournament had started on December 15 with fans for just one night before London was placed into Tier 3 restrictions by the UK government, meaning that play continued behind closed doors.

That had been due to be reviewed on December 23, however with London since being moved into Tier 4 restrictions, it will now not be possible for fans to attend for the remainder of the tournament.

Play will continue through to Wednesday, December 30, before concluding from January 1-3 with the quarter-finals, semi-finals and final.

You won’t miss a dart this Christmas thanks to the dedicated Sky Sports Darts channel all the way until January 4 with every session from the World Darts Championship, including the final on Sunday, January 3. Check out daily Darts news on skysports.com/darts, our app for mobile devices and our Twitter account @skysportsdarts