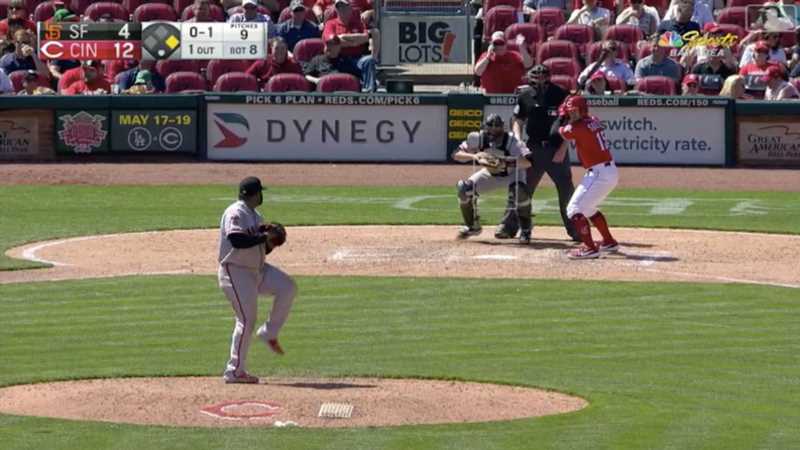 In a briefly bee-infested game against the Reds today, the deeply mediocre San Francisco Giants surrendered 12 runs in the first six innings, at which point they stopped trying and started looking forward to their trip to Colorado. Infielder Pablo Sandoval served as the white flag, pitching the eighth inning and keeping his career ERA at a cool 0.00 with a 10-pitch frame. Sandoval hit a batter, popped Josh VanMeter out, then induced a double play to end the inning quickly.

This is the second time in Sandoval’s career that he’s pitched a scoreless inning, as he secured three groundouts against the Dodgers last season. Sandoval also hit a dinger and stole third base today, which made a very specific sort of baseball history. Move aside, Mudcat Grant!

Sandoval had the right attitude toward the whole feat: