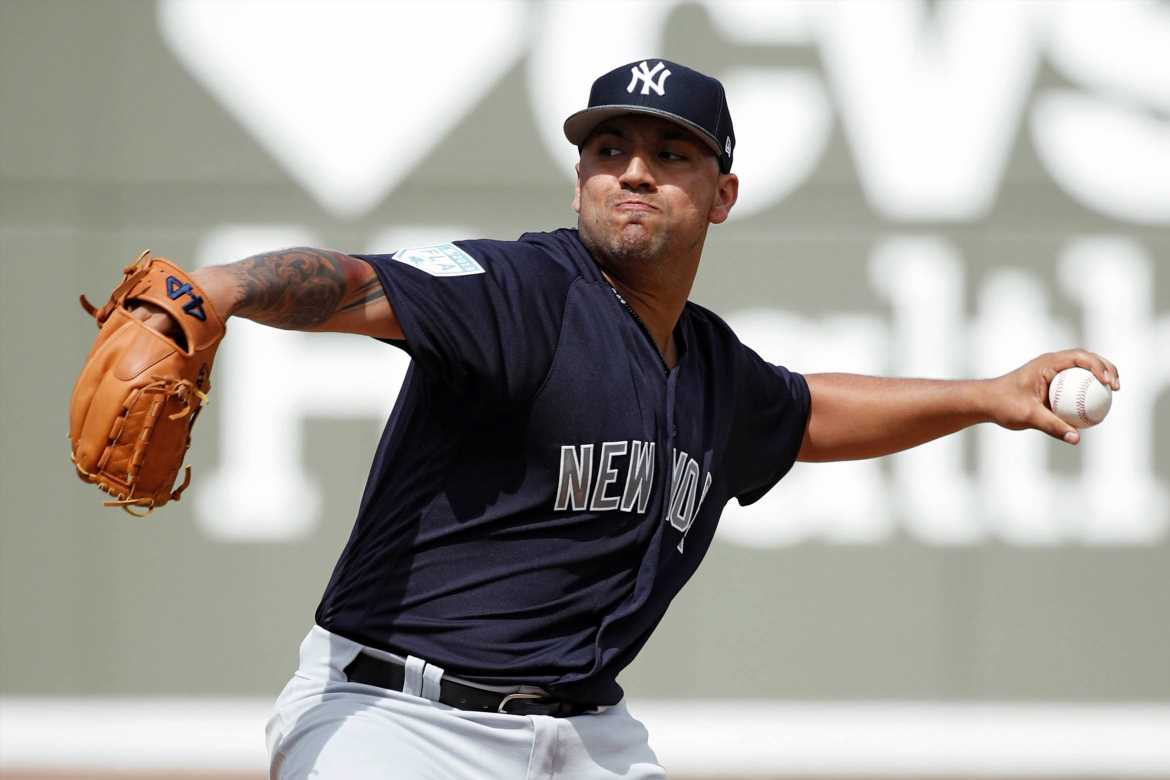 There is a bright side to all the Yankees’ injuries. It has created opportunity long-shot minor leaguers wouldn’t have had, providing dream-come-true scenarios.

Nestor Cortes is the latest such story, the Yankees’ 36th-round pick in 2013. The 24-year-old right-hander from Cuba who grew up in Miami figured he blew his shot last year after getting picked up by the Orioles in the 2017 Rule 5 draft. He made it through spring training and earned a spot on the roster, only to fall flat in the regular season.

In four outings, he pitched to a 7.71 ERA. He was returned to the Yankees.

“I thought it would never come again, honestly, just because, you know, the way it went down last year and stuff like that,” he said, according to The Times-Tribune, after getting promoted Wednesday night. “But I found my way back and I’m so happy right now. I can’t describe by feelings right now.”

Though he is only 1-2 with a 4.54 ERA at Triple-A Scranton/Wilkes-Barre this year, he is coming off an impressive performance. On Saturday, he tossed 7 1/3 no-hit innings and struck out nine.

Cortes, the rare crafty righty, comes without the heat so many Yankees pitchers carry. Cortes, though, fools hitters with a variety of throwing angles, and is now is in The Bronx, back in the major leagues. This is how he wanted it.

“(It’s) 100-percent sweeter [with the Yankees],” Cortes told the paper. “It’s the team I got drafted by. It’s the team everybody wishes to be in New York with, so yeah, it’s definitely a lot sweeter and a lot better.”