Middlesex and Somerset secured Royal London One-Day Cup play-off spots while Gloucestershire and Sussex missed out as the South Group drew to a close on Tuesday.

Middlesex beat Kent by 33 runs to wrap up second place and a game at home to Lancashire on Friday – live on Sky Sports Cricket from 12.55pm – while Somerset finished third following a five-wicket win over Surrey and will now visit Worcestershire on the same day.

Gloucestershire ended their campaign with a four-wicket win at Essex but finished behind Somerset on net run-rate, while Sussex’s hopes were thwarted by a two-wicket defeat at home to Glamorgan.

North Group winners Nottinghamshire and South Group table toppers Hampshire earned immediate progression to Sunday’s semi-finals and are now just one step away from the Lord’s final on May 25.

Notts will host the winner of Worcestershire versus Somerset, with Hampshire entertaining the winner of Middlesex against Lancashire.

Middlesex racked up 380-5 with Max Holden scoring his maiden List A ton, an excellent 166, and New Zealander Ross Taylor adding 94.

The pair put on 191 for the third wicket at Canterbury before George Scott (25 not out off 12) and John Simpson (22no off six) helped the Londoners blast 86 from their final six overs.

Kent opener Zak Crawley scored 120 to keep his team in contention for a consolation victory but James Harris’ four wickets saw Middlesex dismiss the home side for 347 in the penultimate over. 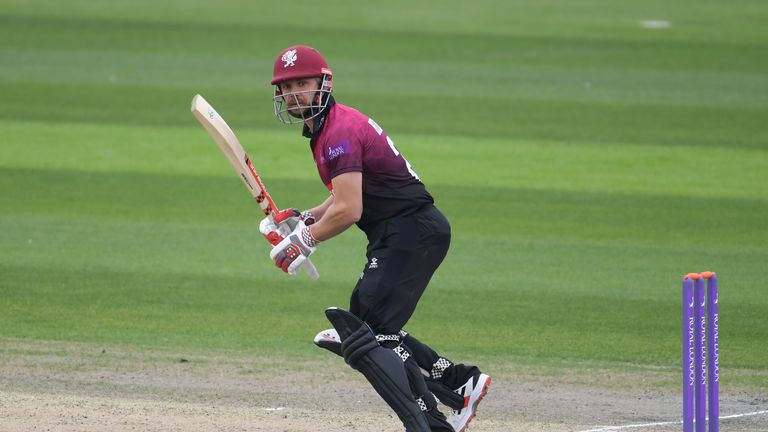 James Hildreth then led the way with 93 while Tom Banton (53) and George Bartlett (57no) hit half-centuries as the hosts reached their target with 26 balls to spare – Surrey suffering a seventh defeat in eight games.

Gloucestershire bowled Essex out for 293 in 49.5 overs – Varun Chopra (156) dominating the innings with his third century of the campaign and Rishi Patel the next highest scorer with 26.