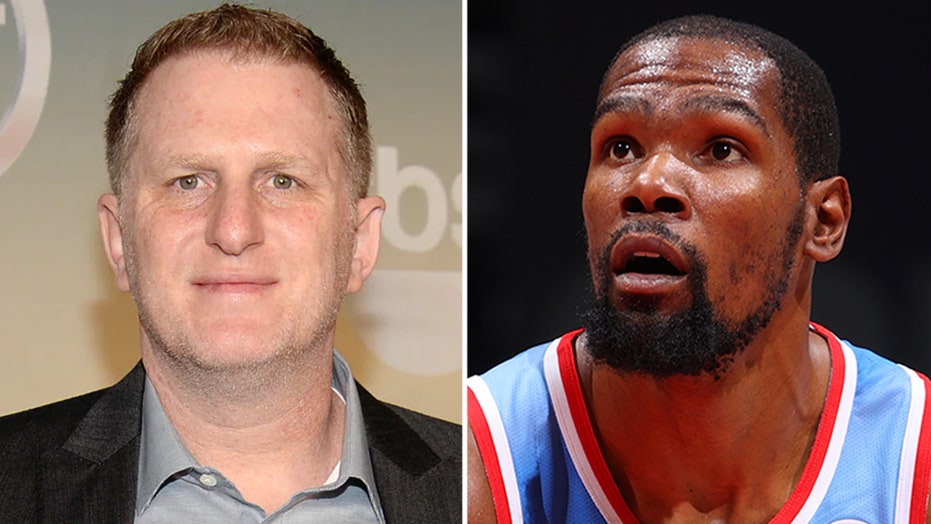 Rapaport leaked messages purportedly from Durant on Instagram, showing the two cursing and hurling insults toward each other and the All-Star forward calling the “Friends” actor a “f—kin pale c—k sucker.”

“As most of you know, I receive threats and disgusting messages DAILY, but never in my wildest dreams did I think @easymoneysniper would be among them. The (snake emoji) himself is now threatening me, bringing up my wife and wants to fight. This is supposed to be America’s sweetheart right? KD didn’t get ‘hacked’ either. Hold this L champ,” Rapaport wrote in an Instagram post.

Durant, in response to Rapaport’s leaks, tweeted he and the comedian usually talk “crazier” than that.

“Me and mike talk CRAZIER than this on the regular and today he’s pissed….My bad mike, damn!!” he wrote.

Durant also retweeted a picture of Rapaport in a Nets jersey sitting courtside at a game. The caption of the photo was “mood.”

It’s unclear what the point was.

Durant and Rapaport have had a relationship. In 2018, Durant’s ESPN show “The Boardroom” had Rapaport on as a guest. Rapaport later posted a clip from the show of the two talking about seats for the NBA Finals while Durant was with the Golden State Warriors.