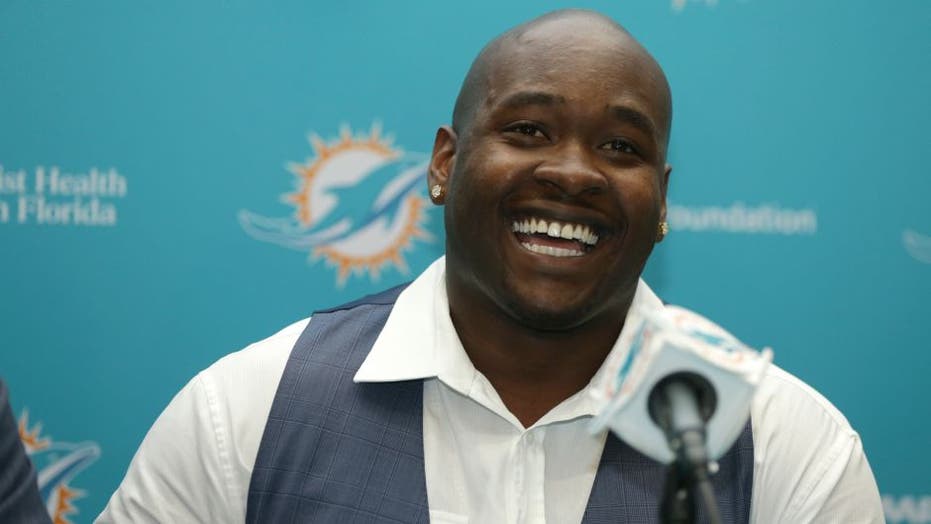 Some Miami Dolphins players are reportedly considering a “revolt” should the team part with offensive lineman Laremy Tunsil, who's been the subject of trade rumors.

Tunsil has been rumored to be the centerpiece of a trade to the Houston Texans for edge rusher Jadeveon Clowney but there could be considerable backlash from some members of the team should the trade occur, a “well-placed source” told the Miami Herald on Thursday.

“The backlash would be amazing,” the source told the newspaper.

It’s unclear what the supposed “revolt” would entail.

Tunsil, 25, has been one of the better offensive linemen on the Dolphins since the team selected him with the No. 13 overall pick of the 2016 NFL Draft. The offensive tackle provides vital protection for Miami quarterback Ryan Fitzpatrick and any trade would be a huge blow to the offensive line.

The team also has Tunsil under contract for two more seasons, according to the Miami Herald.

Trade talks between Miami and Houston have heated up over the last week. The Texans appear adamant about trading Clowney, who has 29 sacks over the last five seasons and who has yet to sign a contract tender with the Texans. Clowney can’t get traded until he signs the tender.

The Dolphins have had a tumultuous offseason.

Wide receiver Kenny Stills stirred controversy when he lashed out at team owner Stephen Ross’ decision to host a fundraiser for President Trump while being on the NFL Players’ Coalition.

Stills also went public with his disagreement over the NFL partnering with Jay-Z on a social justice initiative and the Super Bowl halftime show, which led to new head coach Brian Flores playing Jay-Z in the locker room to apparently “challenge” his player.