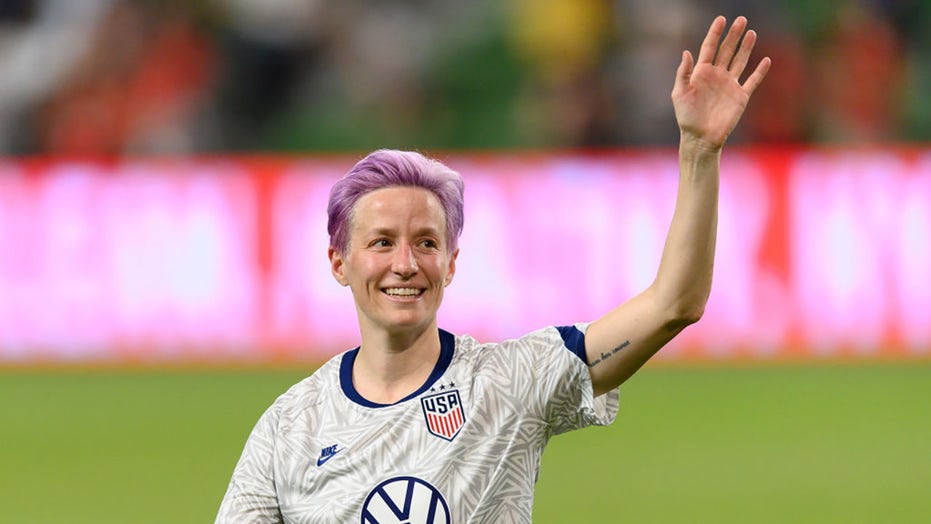 U.S. women’s national team mainstay Megan Rapinoe said Tuesday that she is unsure about her future playing professional soccer and will “need to take some time to think about it.”

Rapinoe, 36, made the comments during an interview on ESPN’s Spain and Fitz show – when asked whether she planned to retire.

“Just in terms of my whole career, I don’t really know yet. I need to take some time to think about it,” Rapinoe said. “They always say, ‘You’ll know when you know,’ but it’s not really like that, because you could kind of keep going, and it’s like ‘Aw yeah, you’ve accomplished so much, you’ll be fine stepping away.’ But the conversation is always anguished in your mind. Or people just don’t think about it. I’ve been thinking about it a lot.” 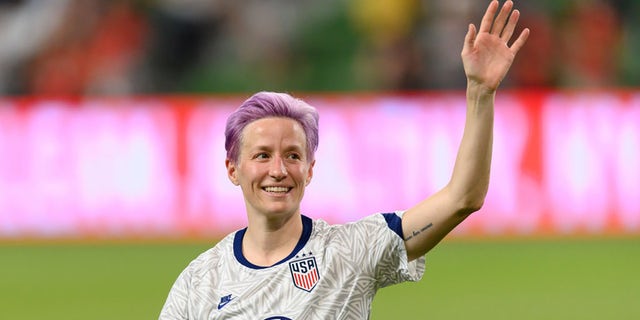 Megan Rapinoe #15 of the United States waves to the fans after a game between Nigeria and USWNT at Q2 Stadium on June 16, 2021 in Austin, Texas. (Photo by Wilf Thorne/ISI Photos/Getty Images)

Rapinoe scored two goals in the bronze-medal match between the U.S. and Australia on Aug. 5 at the Tokyo Olympics. The U.S. won 4-3.

It was Rapinoe’s second Olympic medal after she earned gold at the 2012 London Olympics. She will return to her club, OL Reign, in the National Women’s Soccer League this week following a short break.

Rapinoe’s comments come after her USWNT teammate Carli Lloyd, announced Monday she would retire from the national team after four friendly matches this fall – and would finish out the season with her club team, NJ/NY Gotham FC.

Lloyd finished her decorated career with a pair of World Cup titles, two Olympic gold medals, and a bronze medal at the Tokyo Games.

“I feel like people just think play as long as you can and that’s amazing — you want to play forever — but it’s actually like, no, it is really hard to do that,” Rapinoe said of Lloyd, according to ESPN. “There are so few athletes who play to her age or play as long as she has. It’s not just about staying healthy and being able to physically be there, which is difficult in and of itself.”

Lloyd stunned fans this month when it appeared she was the only American player standing before the team’s match against Australia. Lloyd was standing next to the referee of the match while the Australian soccer team stood in unity.

“I’ve seen Megan Rapinoe almost bully players into kneeling because she really wants to stand up for something in her particular way, but it’s our right as Americans to do it in whatever way we’re comfortable with,” Solo said on “All of US: The U.S. Women’s Soccer Show.”

Rapinoe was the first white athlete to follow Colin Kaepernick’s kneeling protest against racism and discrimination.

Last year, Rapinoe lauded Kaepernick during the ESPY Awards and said his 2016 protests left a lasting legacy. Time magazine ranked Rapinoe as one of the 100 most influential people of 2020 due to her impact on and “beyond the pitch.”