MATTY CASH could feature in England’s World Cup qualifying group next month – but for Poland.

He has already done enough to impress national boss Paulo Sousa who wants the Villa defender to feature against San Marino and Albania. 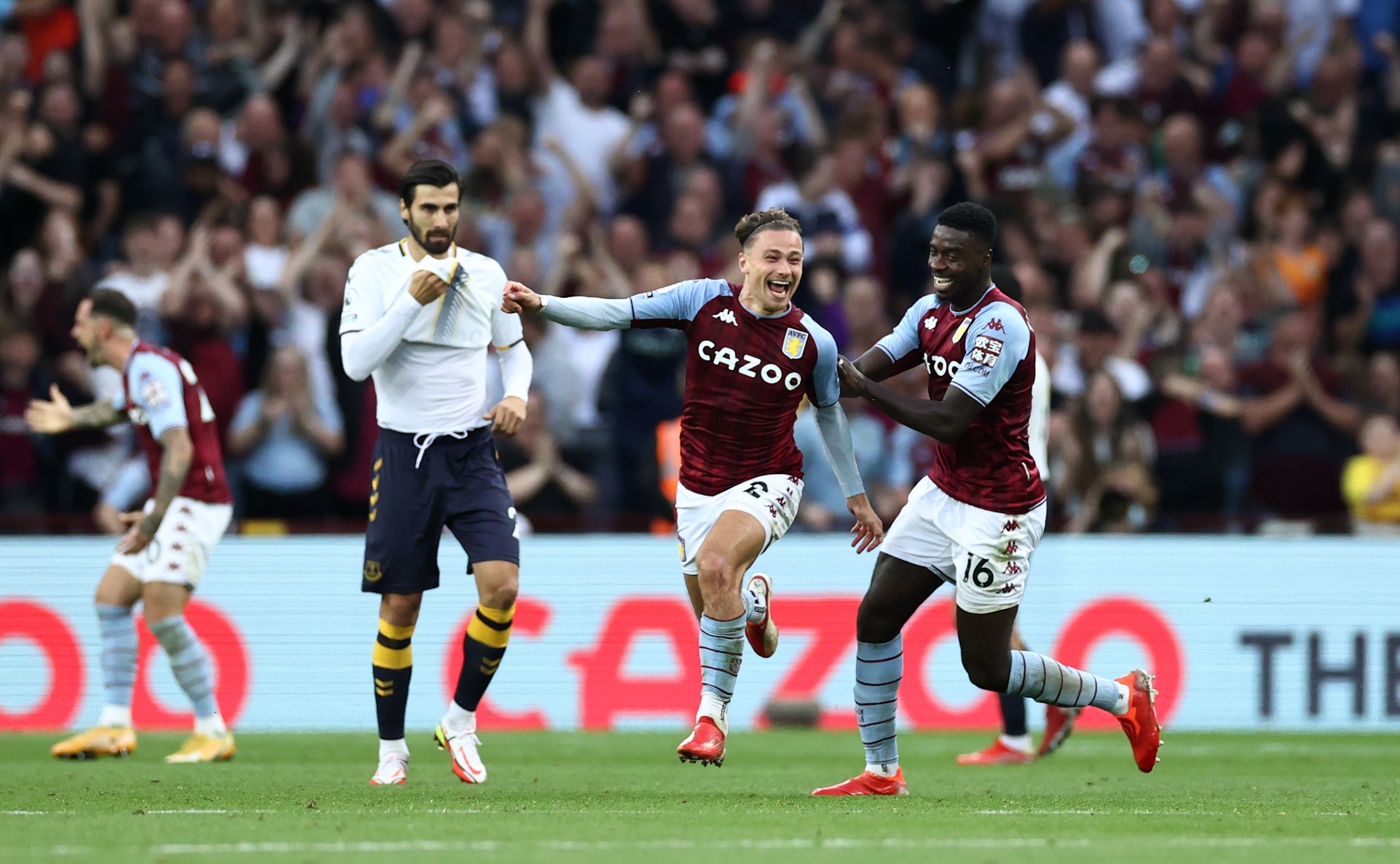 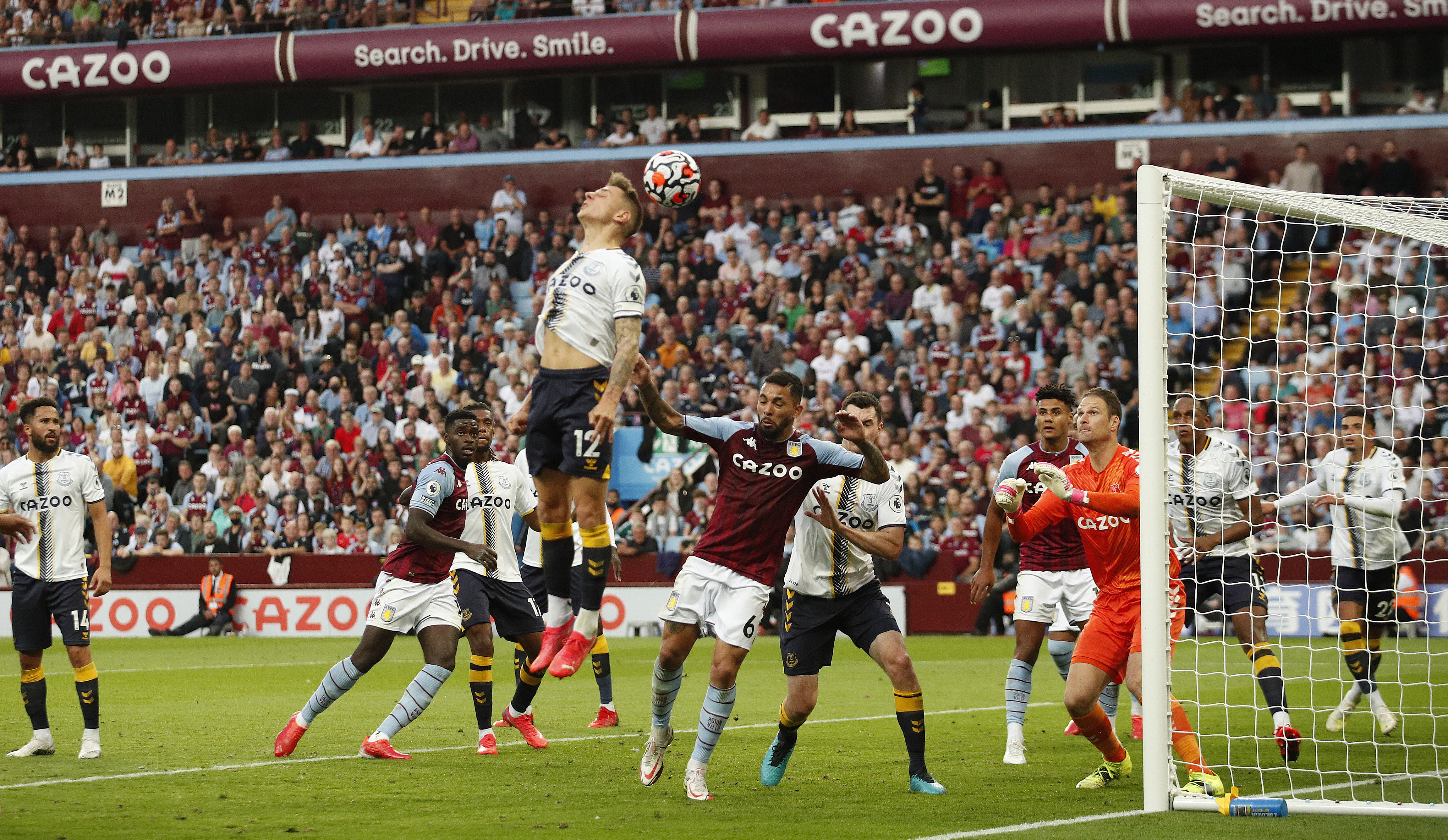 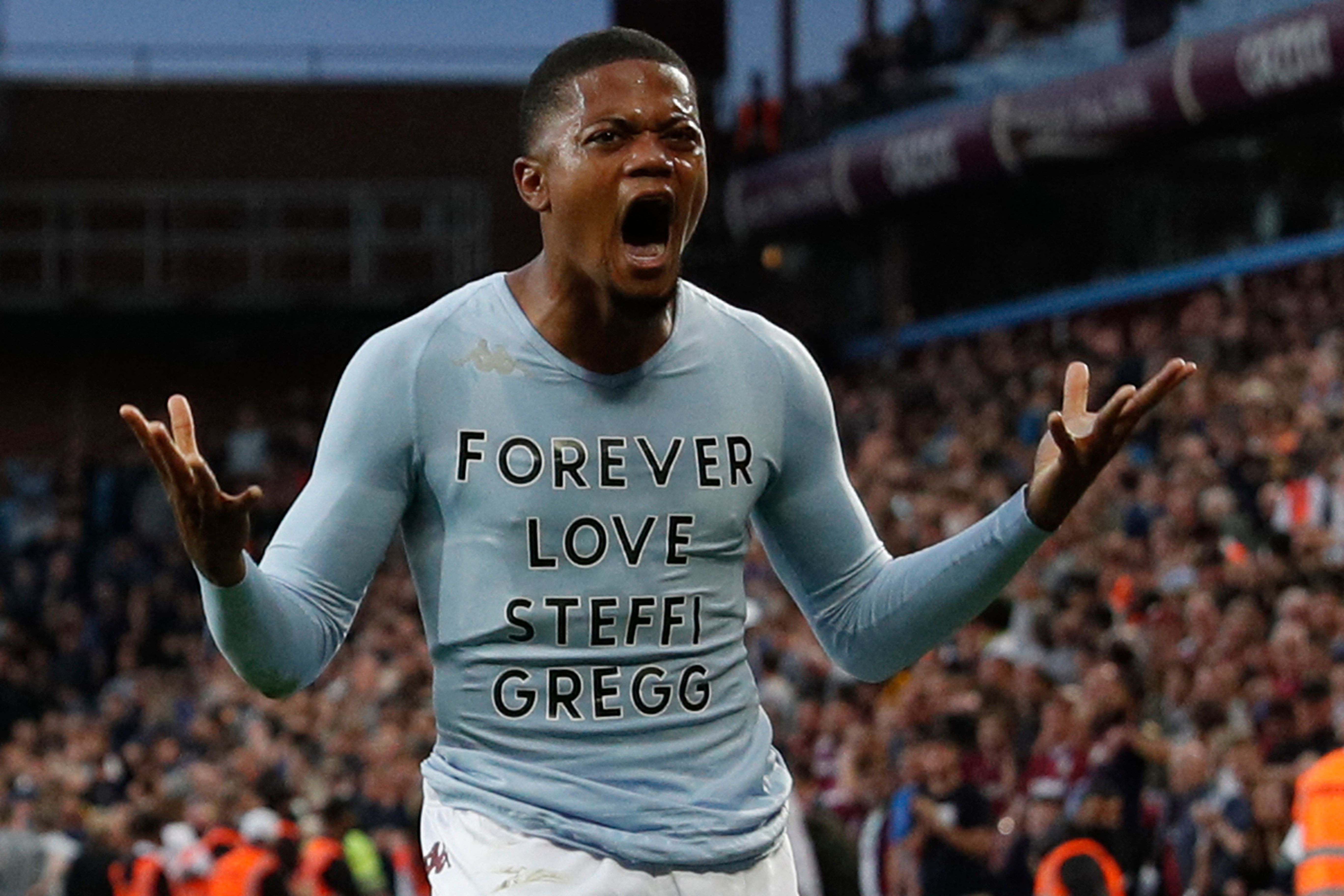 Cash, whose mother is Polish, will certainly not be in danger of overshadowing Robert Lewandowski on the goals front, if he chooses to give up on playing for Gareth Southgate.

Yet his first Villa strike since joining from Nottingham Forest for £15million sparked a remarkable spell of three goals inside nine minute to send Rafa Benitez to his first loss as Everton boss.

And if there was ever a game less likely to burst into life it was this game.

Yet what summed up this frantic spell, after Cash’s cracker, was substitute Leon Bailey setting up Villa’s second – an own goal by Lucas Digne – before scoring the third, getting booked for taking his shirt off and then going off injured.

Yet Dean Smith’s side were rewarded for their patience after getting little joy out of Everton who, like last season, had started their campaign so well.

A point for Everton would have seen the Premier League resemble the old Division One from the mid-eighties with both Merseyside clubs in the top two. 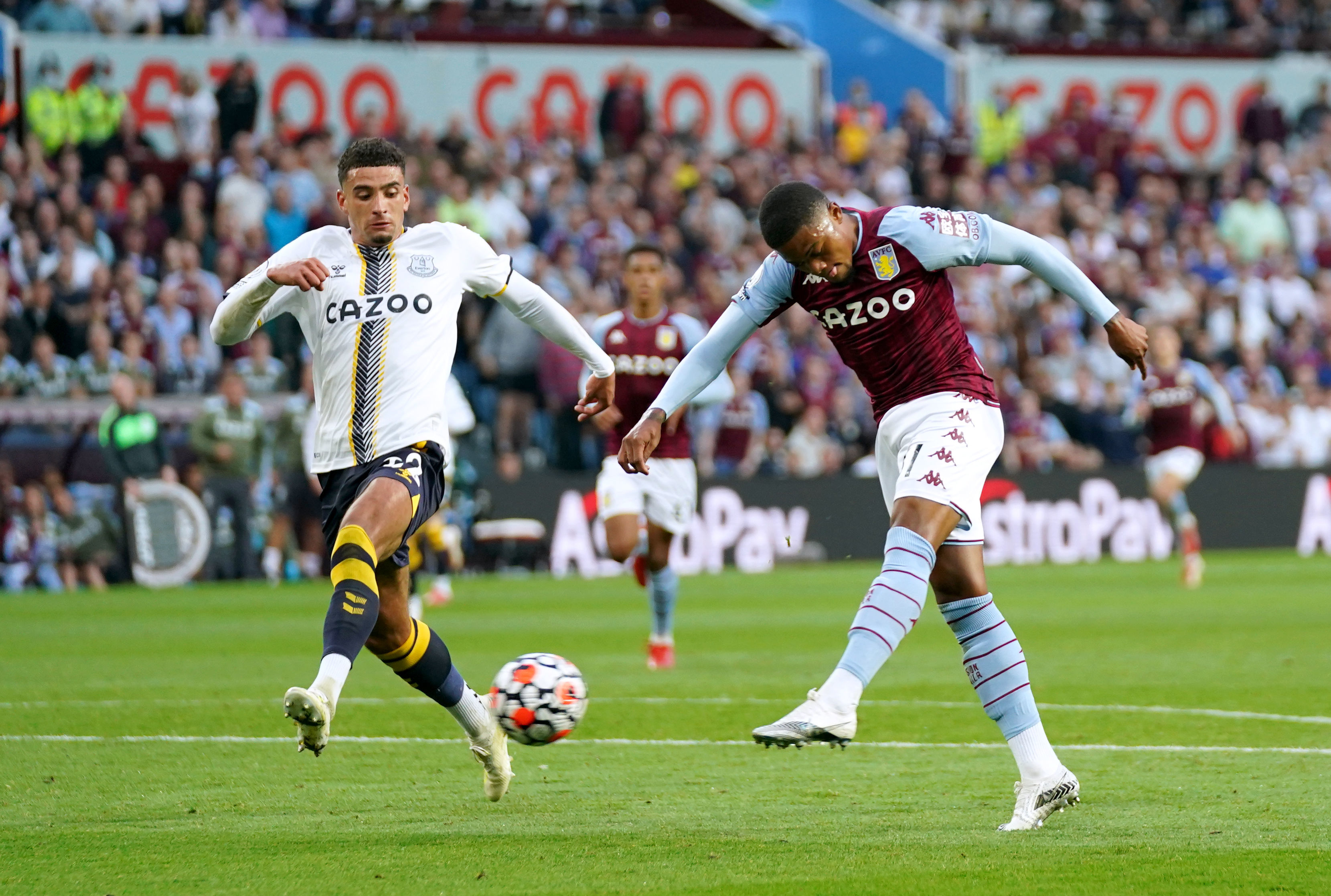 And they were not exactly helped with Jordan Pickford (shoulder), Seamus Coleman (hamstring) and Richarlison (knee) all picking injuries ahead of the game, while Dominic Calvert-Lewin was always going to be sidelined.

Yet despite only being able to name eight substitutes there was still no place on the bench for James Rodriguez.

In contrast, Emi Martinez knows he is guaranteed a Villa spot even if he only arrives back from his round-the-world trip on the day of a game.

He only returned to Birmingham in the morning following his 10-day quarantine in Croatia. This followed a fraught trip to South America but while fellow countryman Emi Buendia was an unused sub, the keeper was launched immediately back into action but had little to do.

Asmir Begovic was playing his first top-flight game since featuring for Milan, on loan from Bournemouth, in a 2-1 loss at home to Genoa in March 2020

And he delivered an absolutely brilliant reaction save inside seven minutes to keep out Tyrone Mings’ glancing header from Douglas Luiz’s cross although he could maybe have done better for some of the goals later in the game.

Villa lost John McGinn with concussion before the break after suffering a bang in the face.

But it was in the final quarter of the game where Villa excelled and ran out easy winners. 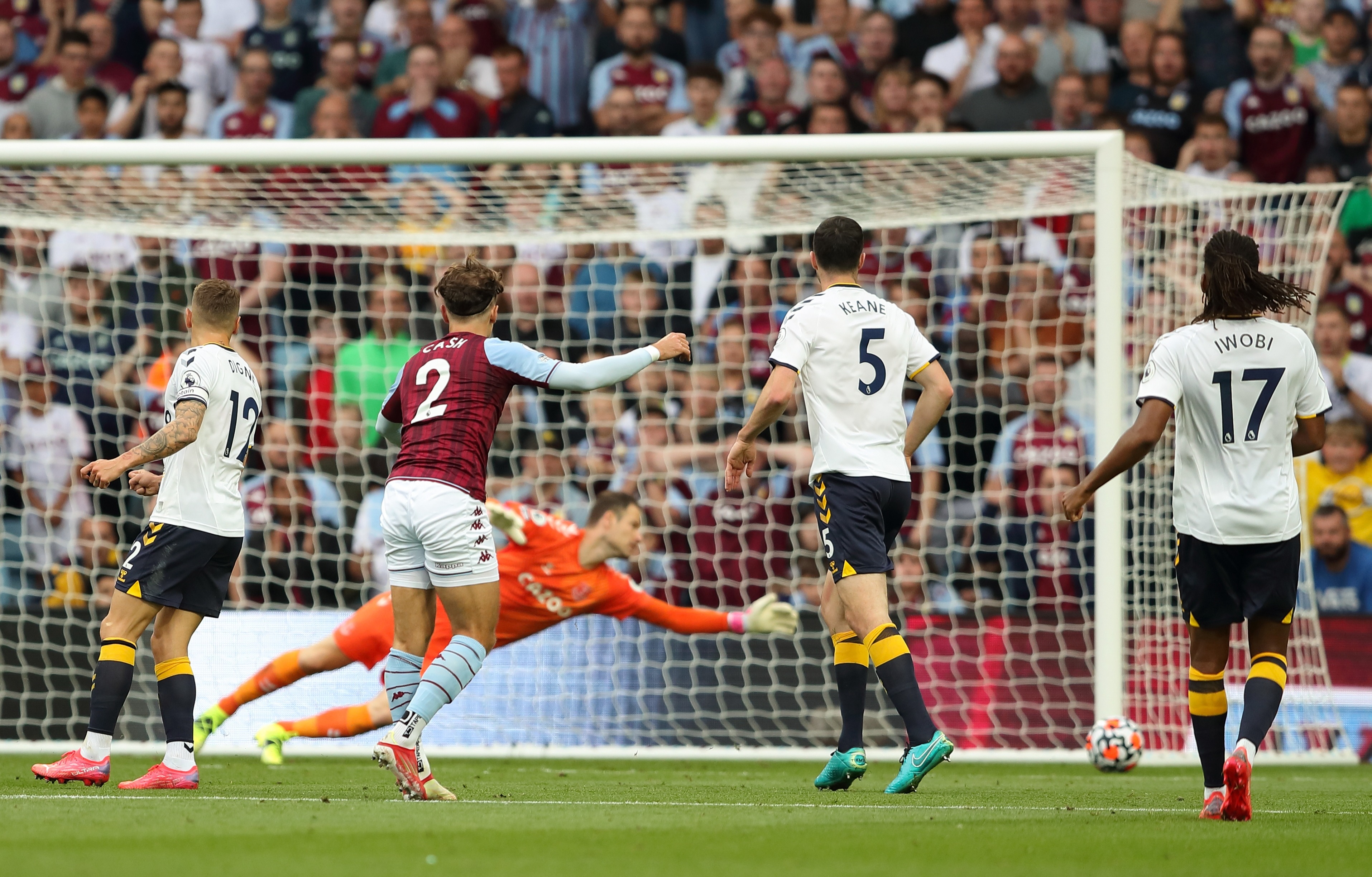 Everton’s only real threat was Demarai Gray while Solomon Rondon, making his full debut, made no impact whatsoever.

Gray, at just £1.5million from Bayer Leverkusen, certainly looks one of the bargains of the summer although he missed an excellent chance with the scores still level. And 60 seconds later, Villa scored the opening goal in a terrific move out from the back.

Cash took just a couple of touches following a clever through ball from Ezri Konsa and hammered the ball past Begovic.

And you knew it was not going to be Everton’s day once Digne accidentally delivered a glancing header into the far corner following Bailey’s corner.

Judging by the reception he received when replacing Matt Targett, Bailey is already incredibly popular in this part of Birmingham.

And the £30million arrival from Leverkusen showed real class in controlling a brilliant pass from Ings with his head before smashing the ball through the arms of Begovic.

He went off with a thigh injury and as he left the pitch on the final whistle, handed his shirt over in exchange for a Jamaican flag. 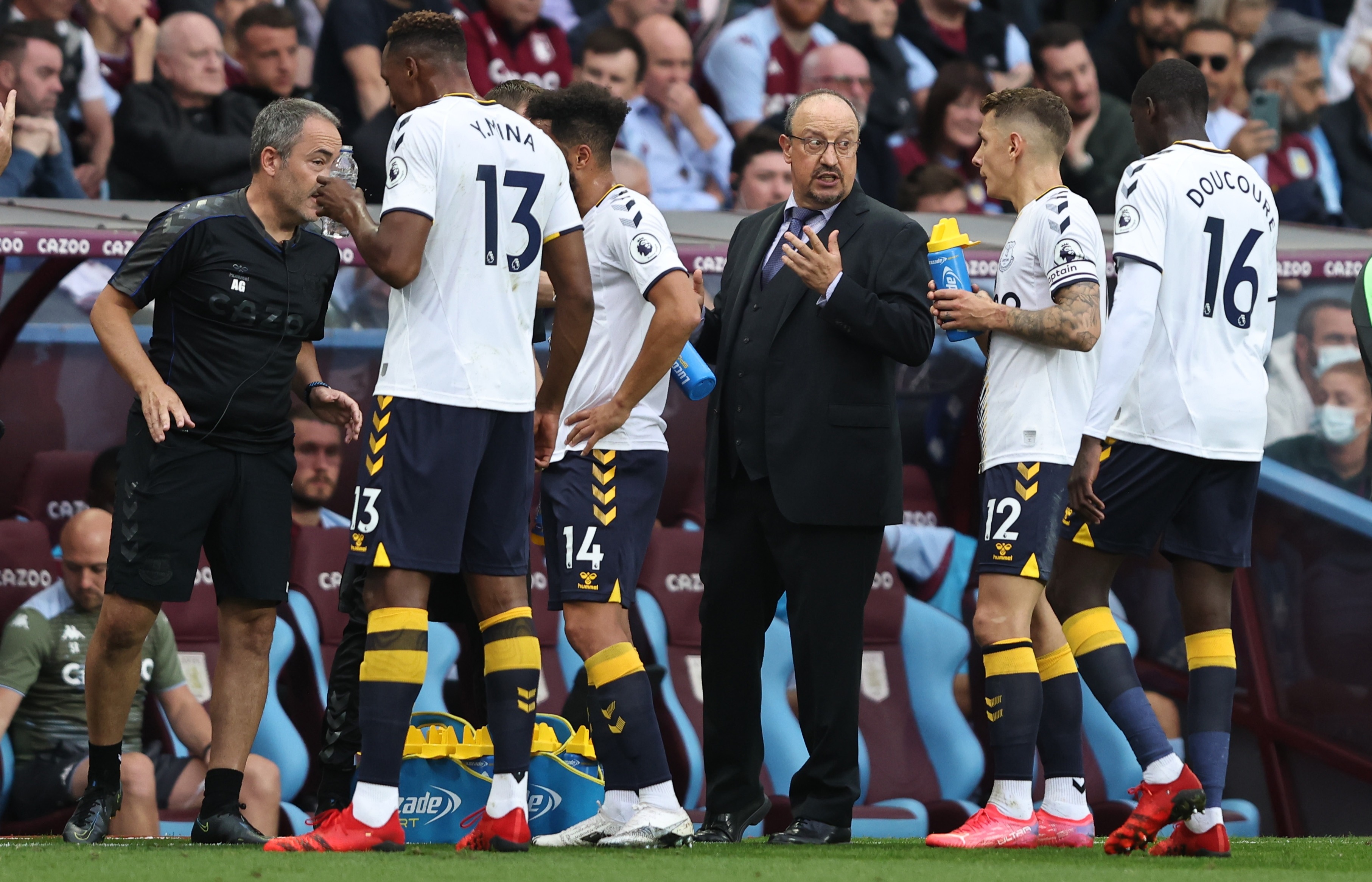 And although this was only their second win, Villa are absolutely certain to improve on last season’s 11th spot.

As for Everton, their fans will be hoping history does not repeat itself from last season when excitement and hope turned into mediocrity.