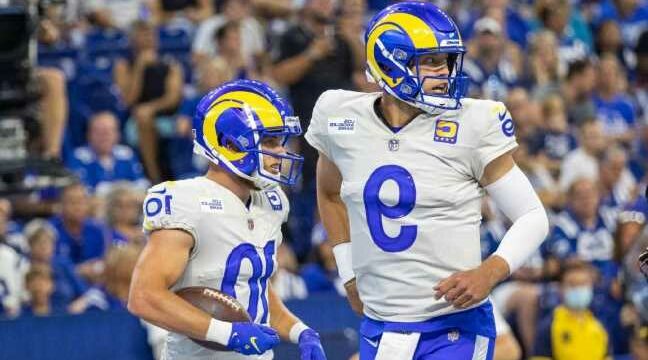 The second-to-last week of the season means a few things. Fantasy football championship week for one. It usually means we’re on the other side of Christmas while the end of the calendar year approaches, (not to mention my birthday, Dec. 29!) and, of course, this year it means it’s time for my way, way, way too early 2022 fantasy football ranks (aka a cheap ploy to get you to click on the column even if you’ve been eliminated).

Understand this is being done before the season ends, let alone free agency, where you can expect to see, among other things, many big-name quarterbacks change teams. Coaches will be fired and hired and bring different offensive philosophies with them. Players will lose and gain fantasy value throughout the offseason based on what their team does (or doesn’t do) at the coaching position, QB, free agency, the draft and any number of unpredictable things. Remember when Andrew Luck retired in the middle of August? Even as we go through the next two weeks and the playoffs, things can change. ACL tears can happen anytime, including the playoffs.

So what I did here was rank as if nothing will change between now and the start of the 2022 NFL season. I ranked as if Aaron Rodgers is the quarterback of the Green Bay Packers and Davante Adams is still his No. 1 receiver. Otherwise, there’s just too much uncertainty. In fact, the only thing that is certain is that these rankings will change a million times before now and late August 2022.

My rankings will be posted again after the season and be constantly updated as news warrants, so definitely keep checking in, especially the day after major news breaks. Enough caveats for you?

OK, good. Then here we go. These ranks were done with ESPN standard leagues in mind. That is to say, 10-team leagues with PPR scoring and starting 1 QB, 2 RB, 2 WR, 1 Flex.