BOXING legend Manny Pacquiao makes his return to the ring at last – but not against the man he planned to fight.

Pacquiao was due to challenge for Errol Spence Jr's WBC and IBF welterweight titles on Saturday in Las Vegas. 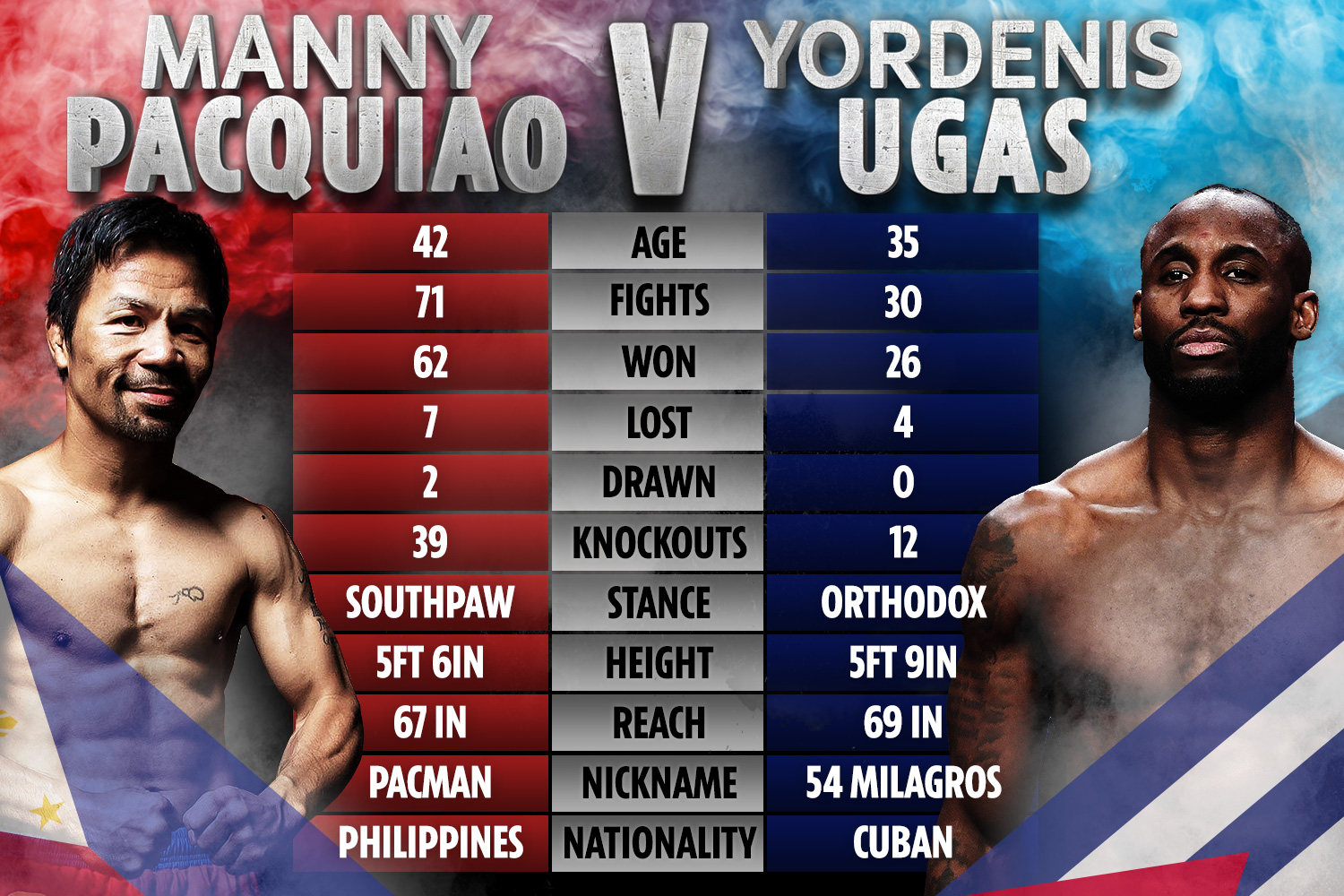 But American Spence pulled out with an eye injury, allowing Cuban Yordenis Ugas to fill in as a replacement.

Ugas will now put the WBA belt he received after Pacquiao was stripped due to inactivity on the line against the Filipino icon.

And here, SunSport runs down how the two compare ahead of their world title fight.

Pacquiao announced himself to the US market in 2001 as an unknown but former flyweight world champion.

In his first fight with Hall of Fame trainer Freddie Roach, he beat Lehlohonolo Ledwaba and became an overnight sensation.

In the years since, Pacquiao has gone on to win titles in a record-breaking EIGHT divisions against some of the most decorated names in the sport.

More recently, PacMan has campaigned at welterweight and after defeat to Aussie Jeff Horn in 2017, his career looked in doubt.

But he turned it around with three consecutive wins, against Lucas Matthysse, Adrien Broner and Keith Thurman. 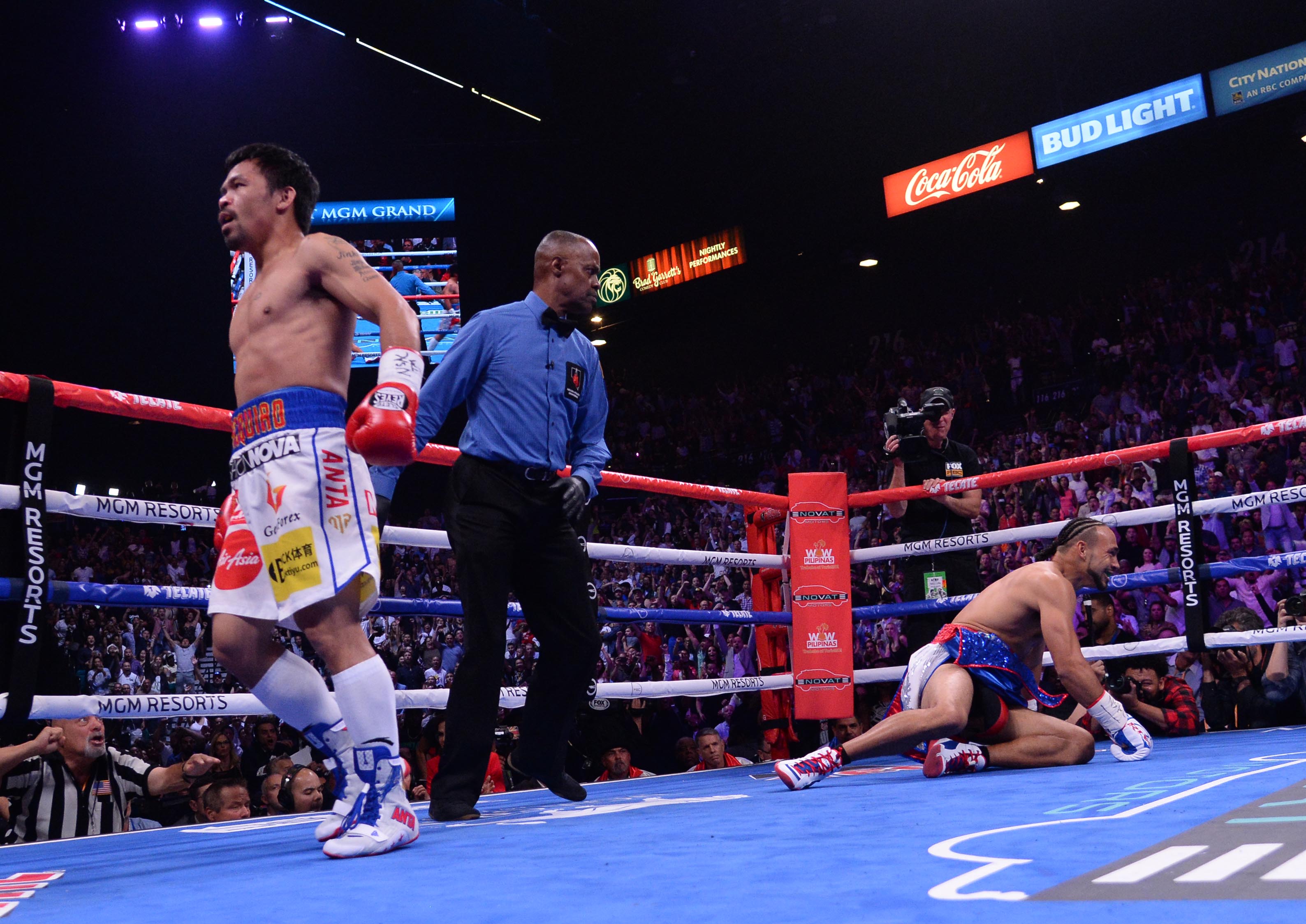 The last saw Pacquiao dethrone Thurman in July 2019 but amid the coronavirus pandemic, the southpaw has been unable to return.

It means he will have been out of the ring for over two years by the time he meets Ugas between the ropes.

Pacquiao has a wealth of professional experience over his Cuban opponent, with 41 more fights.

And despite giving away height and reach, PacMan is by far the quicker operator with both his hands and feet, despite being aged 42. 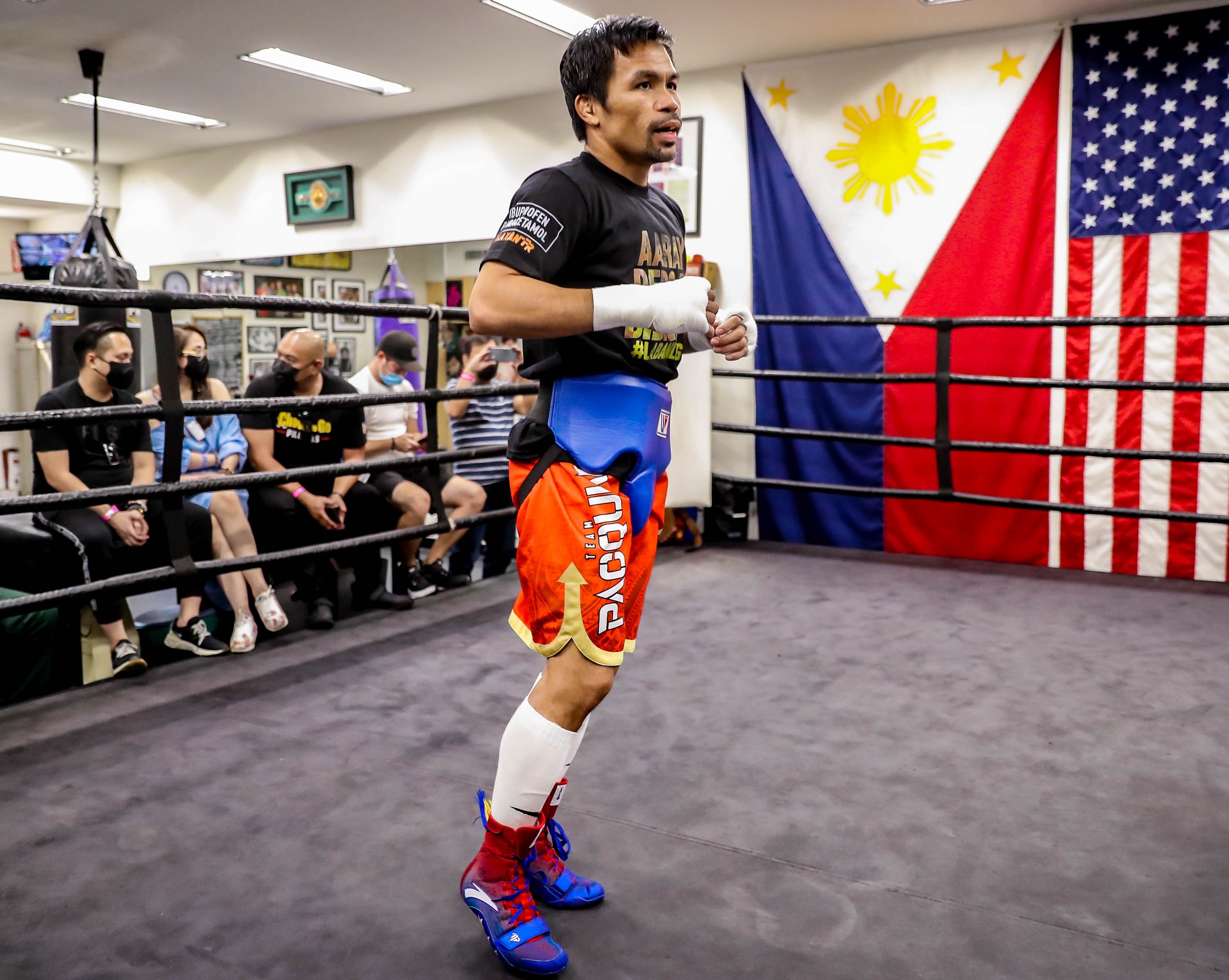 Ugas was an incredible amateur in his homeland of Cuba – renowned for their talents in the unpaid ranks.

He even won bronze at the 2008 Beijing Olympics and established himself as one of the best boxers in the country.

But in 2010 he decided to defect from Cuba – where turning professional is prohibited – to become a champion in the paid ranks.

Despite his immense talent, the transition saw Ugas lose three times in his opening 15 fights, with world title aspirations slipping away.

But since then, the talented ex-Olympian has lost only once in 12 fights, against former champ Shawn Porter.

But he was then elevated to the full champion due to Pacquiao's inactivity, much to the frustration of PacMan.

The title debate will be settled in the ring, where Ugas has a three inch height and two inch reach advantage. 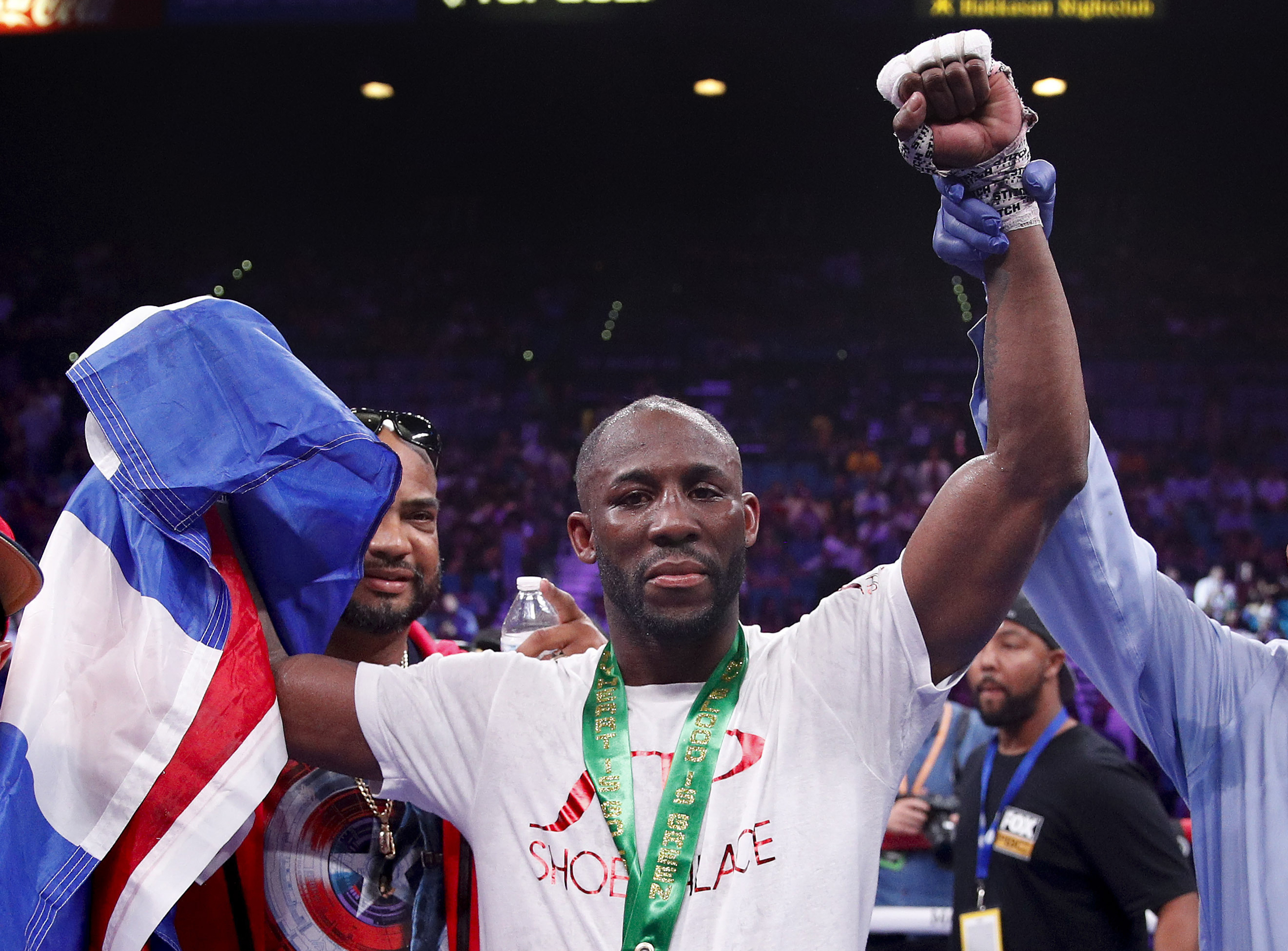