According to The Sunday Times, frustration over recent results under Solskjaer is mounting at Old Trafford and Zidane is now a serious candidate to replace him. 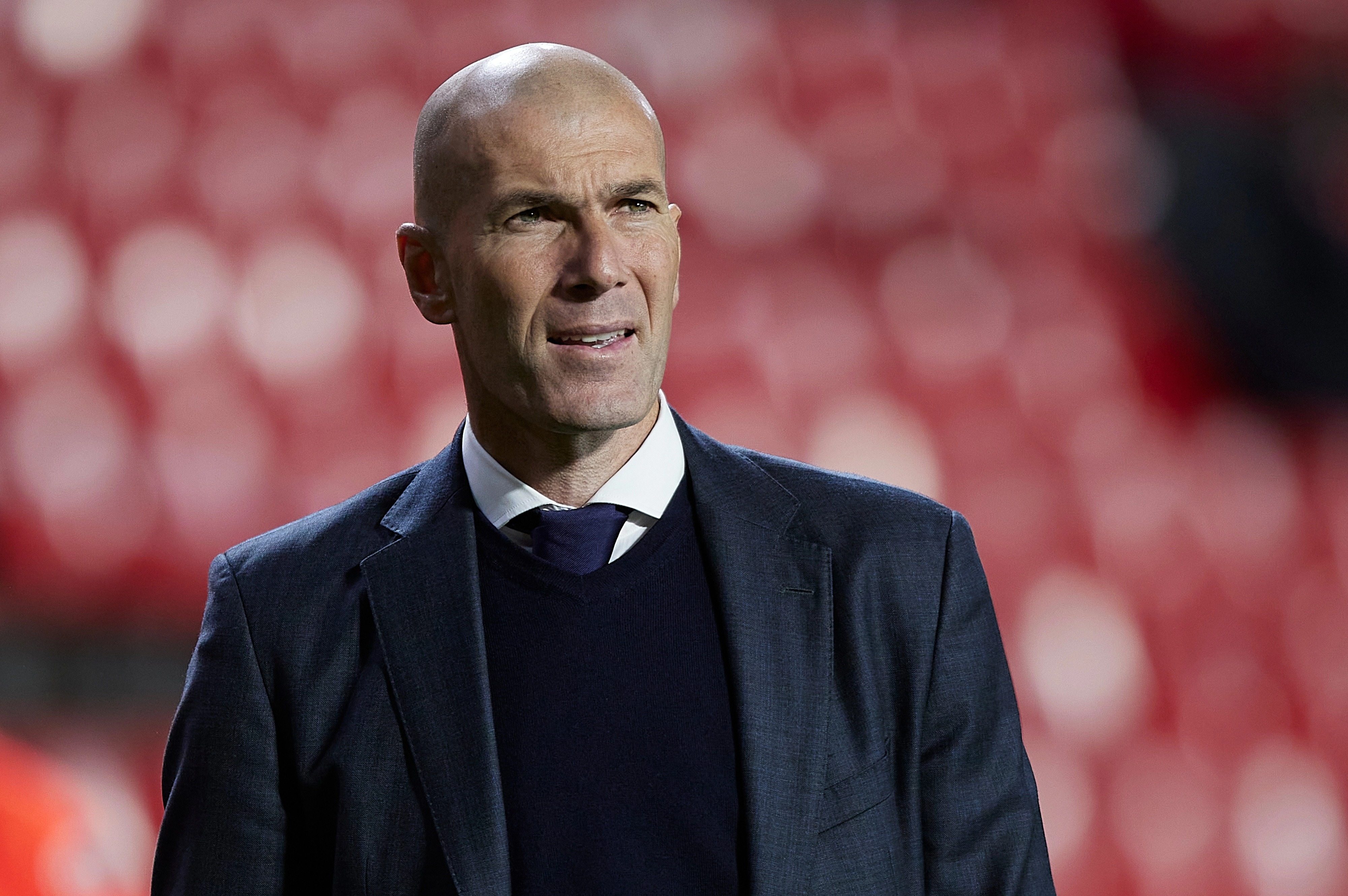 United reportedly believe that appointing Zidane is their best chance to bring silverware back to Old Trafford and are 'working to persuade him' to take the job.

But it is claimed the Frenchman is 'unsure whether the opportunity presented by United is the right one to take at this point' and would require some persuasion.

United are reportedly keen to exploit Zidane's close relationship with Cristiano Ronaldo and Raphael Varane, who they believe 'can help convince him to join.'

Zidane won three Champions Leagues and two La Liga titles across his two spells at Real Madrid, with Varane and Ronaldo both playing a vital part in his successes.

He is now a free agent after quitting the Bernabeu for a second time in May and is thought to be waiting for the right opportunity to return to management.

He has also been linked with the France job, but could lose patience with current boss Didier Deschamps unlikely to leave before next year's World Cup.

The United hierarchy are thought to be big fans of Rodgers' attacking style of play, as well as his appetite for developing young talent.

There is also a clause in Rodgers' contract that would permit him to leave for a Champions League club, despite his insistence that he is still happy at Leicester.

Erik Ten Hag was also thought to be on their shortlist, but the Dutchman would reportedly be reluctant to leave Ajax in the middle of the season.

The top brass at Old Trafford were thought to be hesitant to part ways with Solskjaer and were prepared to give him a chance to turn things around.

But with six losses in 12 games, including humiliating defeats against rivals Liverpool and Man City, calls for Solskjaer to be sacked are mounting.

And the Glazers are also thought to be losing patience with the Norwegian, who has overseen the club's longest trophy drought in over three decades.