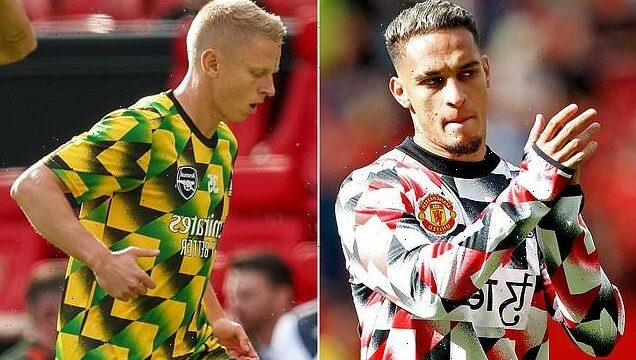 Manchester United vs Arsenal LIVE: Antony STARTS for the hosts as Erik ten Hag gives his £85m signing his debut… while Oleksandr Zinchenko returns for the Gunners

‘He [Antony] can be a really good threat on the right wing with his speed, without the ball, his movement, but also with his dribbles,” Ten Hag told MUTV.

‘He’s also very good at pressing and that’s what we need against Arsenal, who are a good playing football team. If you let them play that’s a problem, so we need to really be good pressing and pressing the back line of Arsenal. Yes [biggest test], but also for them, that’s clear. It’s a big test, but the biggest test I think was Liverpool.

‘Now this is another test, different styles and you have to be good with what I’ve said, the pressing has to be good.’

Normally fans take signs to stadiums in a bid to get a free shirt at the end – but not this woman.

She wanted to point out to United’s summer signings that she took care of their visa appointments! 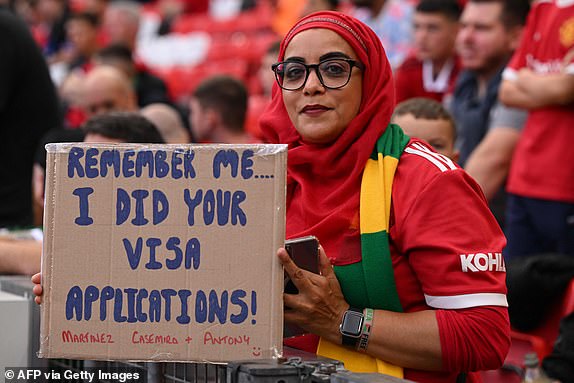 6 – Gabriel Jesus has been directly involved in six goals in his first five Premier League appearances for @Arsenal, a club record in the competition, overtaking Mesut Özil (five). Holy. pic.twitter.com/zJMvThba8b

Five United stars who need to step up with £85.5m Antony starting

The new man goes straight into the team today – and that will mean there is work to do for those not involved!

🤩 @Antony00 is all set for his United debut.

Even Roy is satisfied!

Often the voice of fume, even Roy Keane can see green shoots of life at Manchester United.

He gave a thumbs up as he walked into the players’ entrance but does he start today? Not long until we find out… 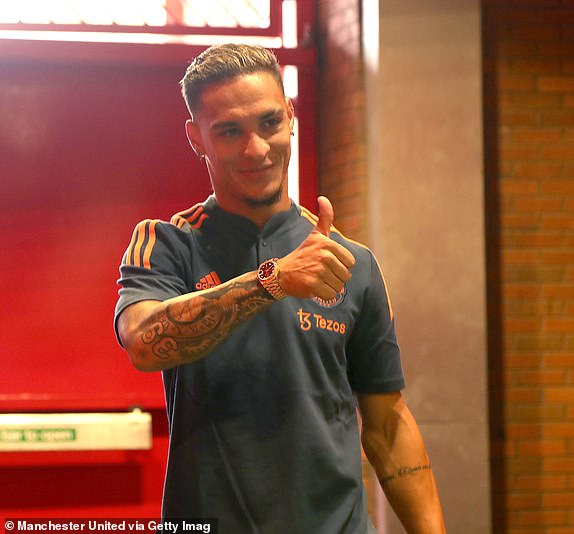 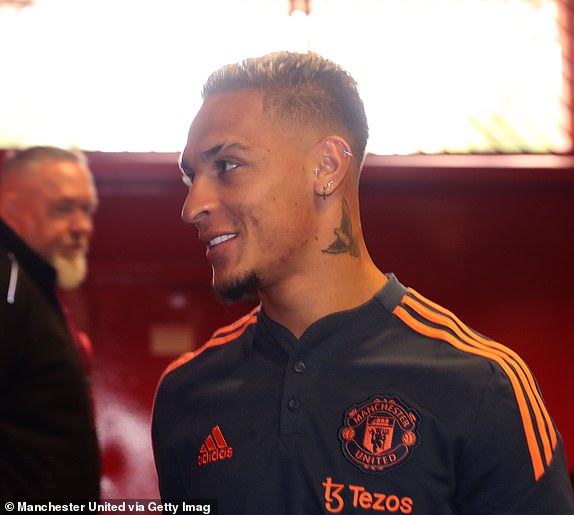 Saka hopes to kick off 21st birthday celebrations in Manchester

Whatever happens this afternoon, Bukayo Saka will have some reason to celebrate.

The Arsenal winger turns 21 tomorrow, a day after the Gunners look to strengthen their position at the top of the Premier League with victory against old rivals Manchester United.

‘The players showed a lot more of their capabilities in our victories over Liverpool and Southampton,’ the United boss says.

‘That is because they have obeyed the most important rule in any successful team: give 100 per cent. Anything less than that is not enough.’

‘We were taking the mickey, I didn’t enjoy it’

Wayne Rooney has admitted Manchester United’s 8-2 demolition of Arsenal in 2011 and the Old Trafford crowd’s mockery of Arsene Wenger left him feeling ‘uncomfortable’.

Sir Alex Ferguson’s side inflicted the Gunners’ heaviest league defeat since 1927 on an astonishing afternoon at Old Trafford in which Rooney scored a hat-trick.

Hello and welcome to live coverage of Arsenal’s visit to Old Trafford to take on Manchester United.

Mikel Arteta’s Gunners have won all of their matches so far this season but face their toughest test so far against a much-improved United.

Erik ten Hag’s side defeated Liverpool at Old Trafford to kickstart that turnaround in form and new man Antony may even get to make his debut today.

Stick with me throughout for all the updates at Old Trafford.