JAMES RODRIGUEZ has decided he does not want to stay at Bayern Munich next season, reports in Germany suggest.

The Colombian joined the Bundesliga giants in 2017 on a two-year loan from Real Madrid and Bayern have until June 15 to make the deal permanent for £36million. 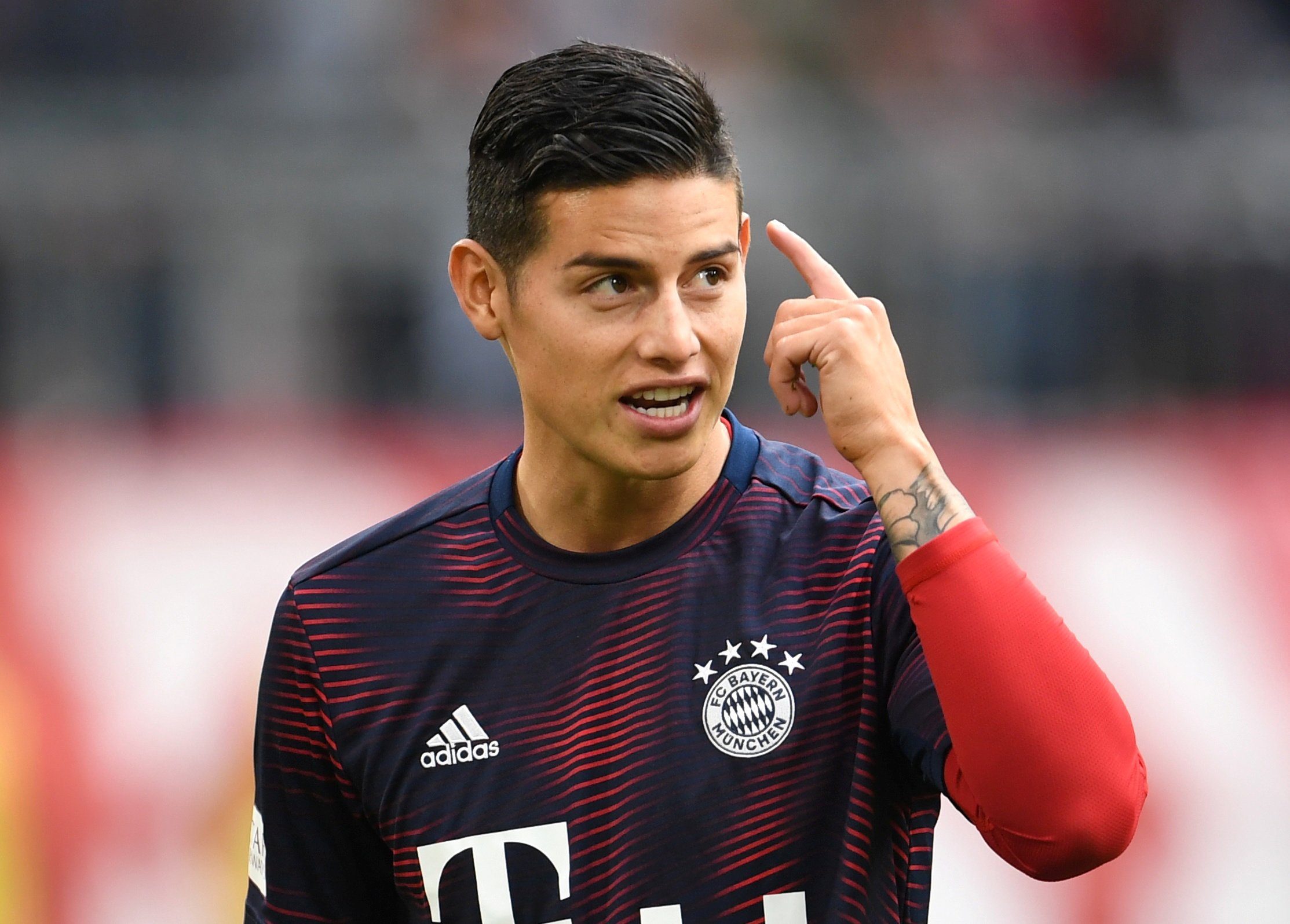 However, Sky Sports in Germany report the 27-year-old has no intention of remaining at the Allianz Arena and has begun seeking a new club with agent Jorge Mendes.

The attacking midfielder made 27 appearances during Bayern’s title winning campaign and will face RB Leipzig in the German Cup final on Saturday.

But that could be the player’s last in a Bayern shirt with Juventus, Manchester United, Atletico Madrid and Paris Saint-Germain all interested.

PSG fuelled speculation on social media they want to sign Rodriguez this summer after commenting on a picture he posted on Instagram.

However, it is understood Serie A champions Juventus remain in pole position for the 2014 World Cup top goalscorer.

No bids have been lodged though, and Rodriguez is contracted to Real until 2021.

Reports suggest Bayern could still take up their option to buy the South American for £36m as stipulated in the terms of their loan agreement with Real.

But instead of keeping Rodriguez they will immediately sell him to Atletico, who are ready to fork out £55m for him.

Despite wanting the playmaker off the books, Real will not do business with their La Liga neighbours.

However there will be no way of stopping them capturing Rodriguez if Bayern and Atletico strike up a deal.