FOR 40 minutes this contest between England’s finest teams was all
about the ferocious intensity of Liverpool against the artistic vision
of Kevin De Bruyne.

Then De Bruyne was presented with a moment of calm to settle it from
12 yards, and scuffed his spot-kick horribly wide. 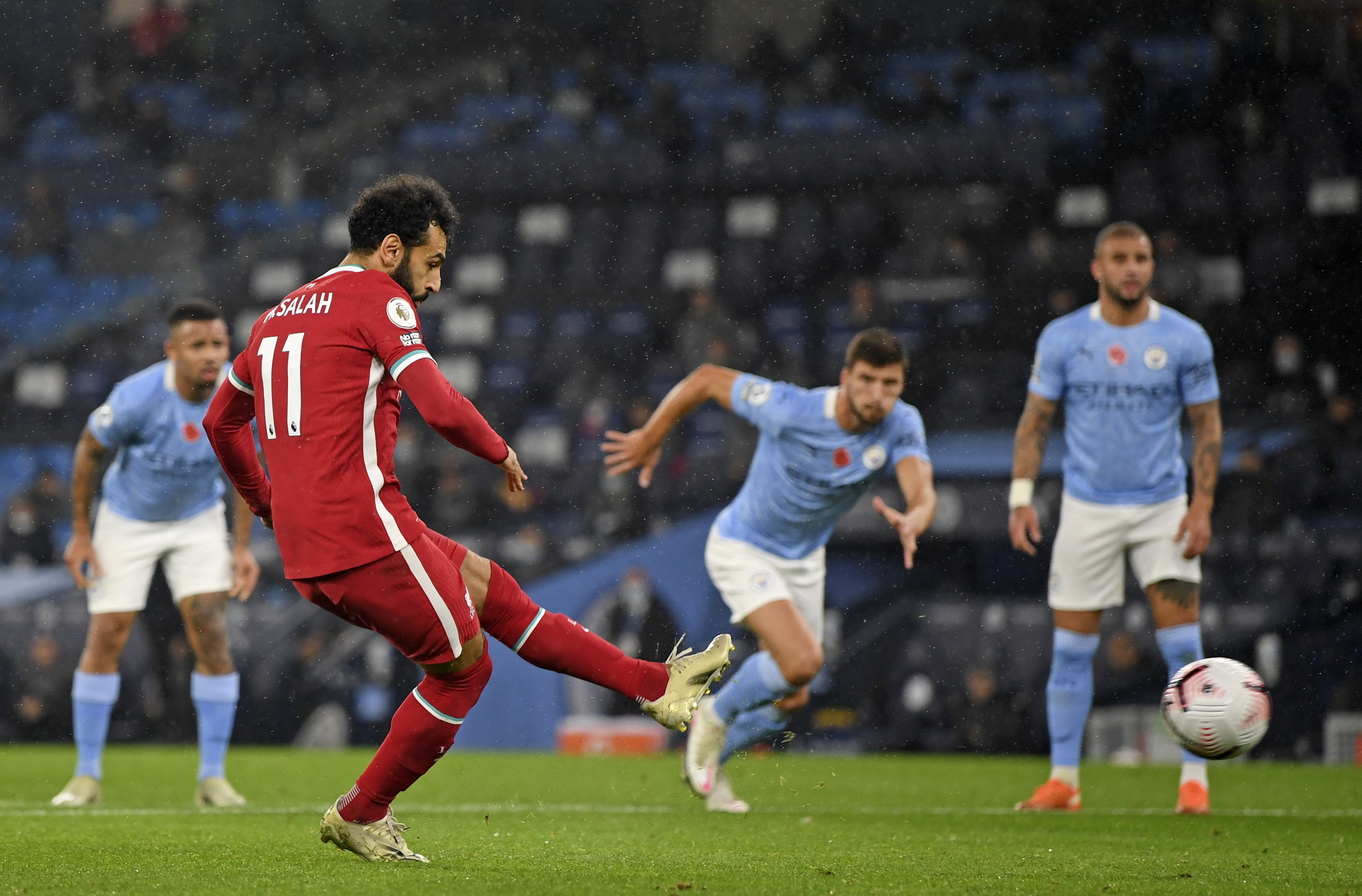 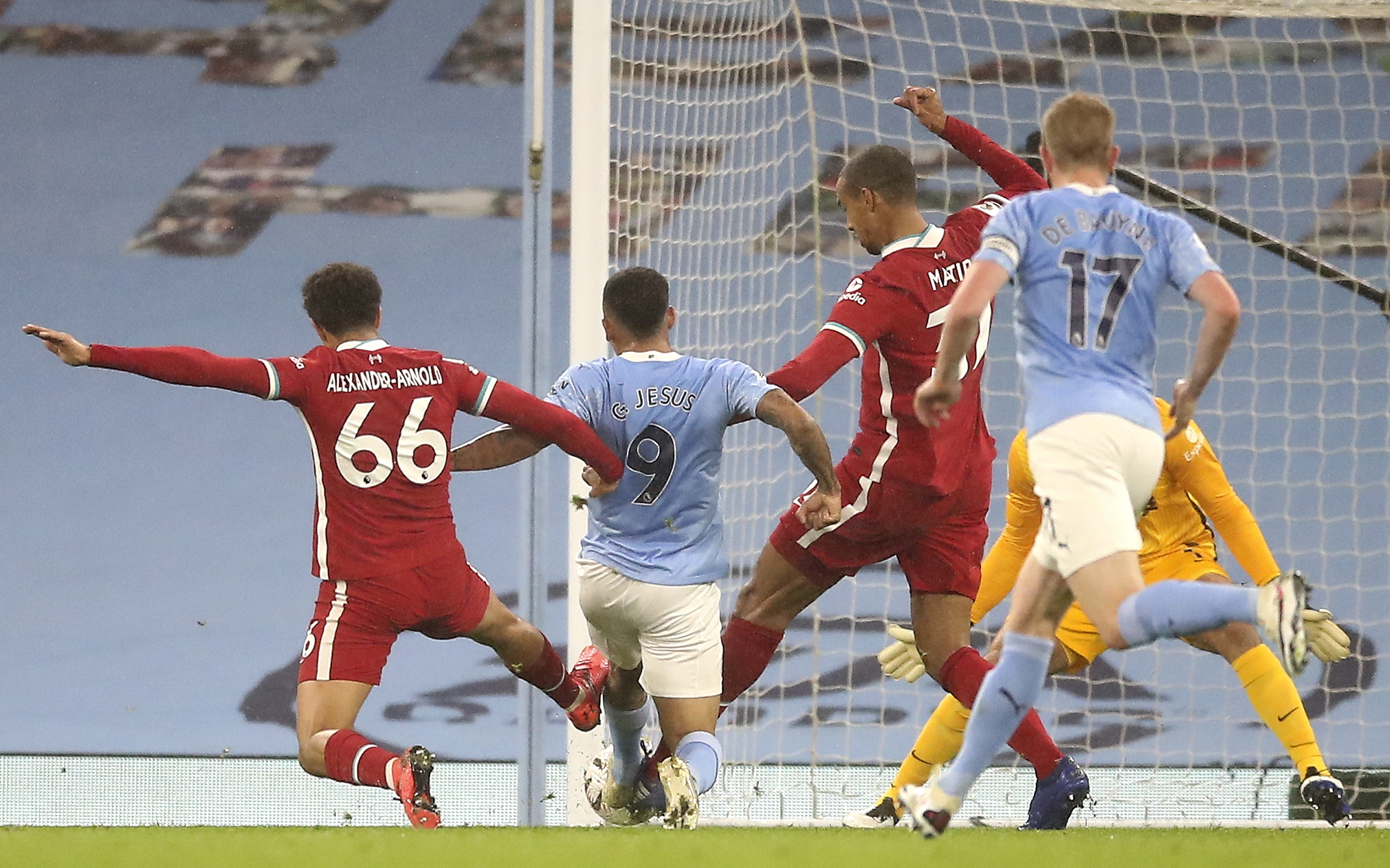 Even in this chaotic season – and even during a long weekend which
gave us four different Premier League leaders – these two remain the
most likely eventual champions.

But for all Liverpool’s attacking intent – Jurgen Klopp sending out
four attacking players and creating a heavy-metal wall of sound early
on – there was no decisive blow.

Mo Salah’s early penalty reflected Liverpool’s early dominance but
Gabriel Jesus levelled, teed up by De Bruyne, who then fluffed his
lines from the spot after Joe Gomez’s handball.

Pep Guardiola’s team are not the irresistible force they were two or
three seasons back but then Liverpool, without Virgil Van Dijk, are
not the invincibles they had seemed for much of the last campaign.

When they meet again at Anfield on February 6, you would bet on these
to be the top two.

But then this is not a season for wagering too much money on anything
in the Premier League.

With his adventurous team-sheet – starting with both Diogo Jota and
Roberto Firmino – Klopp successfully imposed his will on City for the
opening half-hour. 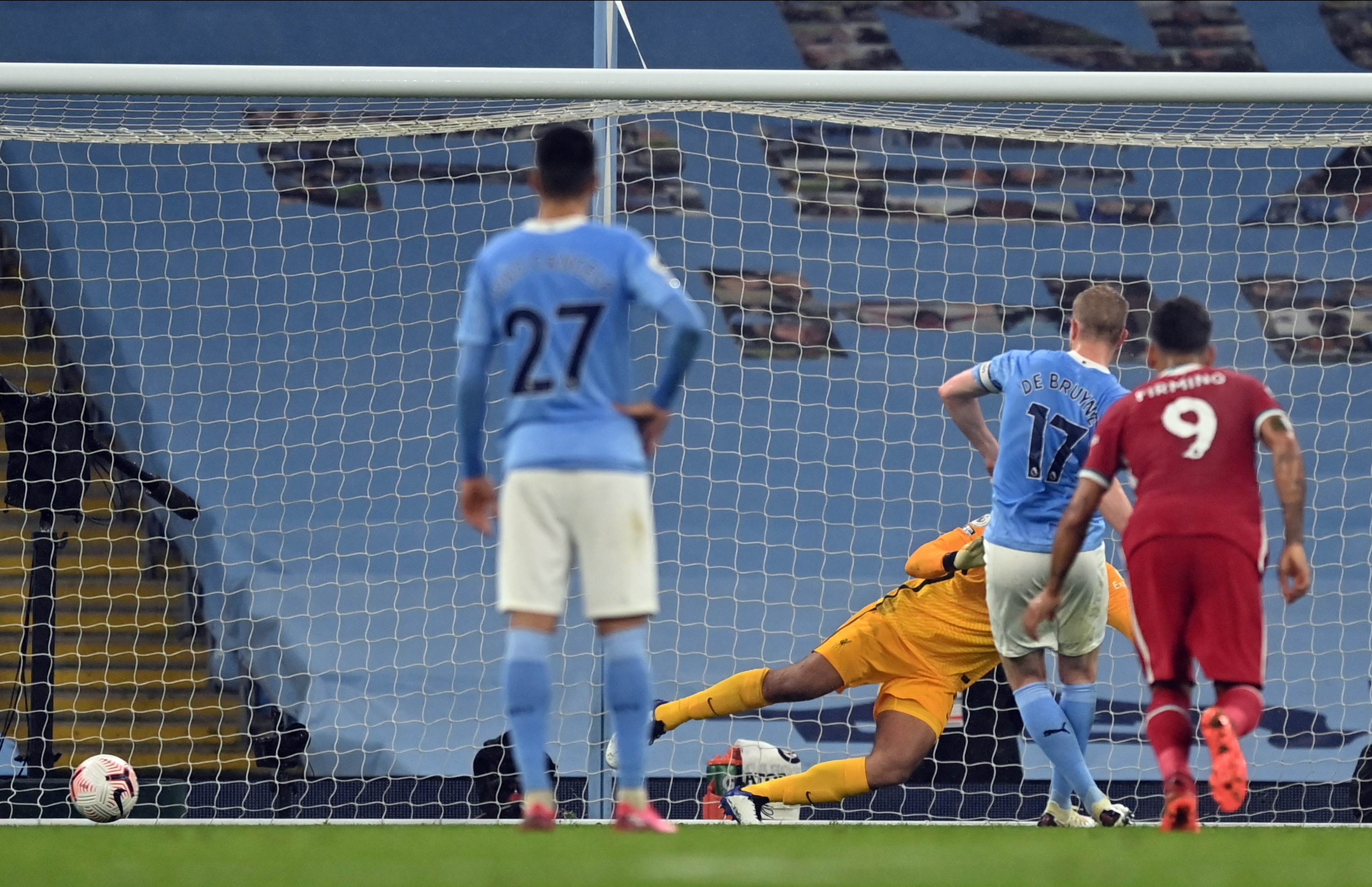 Liverpool’s manic attacking intent was evident from back to front,
they were first to every ball, playing at a different tempo to the
team they had deposed as champions last season.

Klopp’s men were often direct – Trent Alexander Arnold’s long ball
catching City cold and Firmino almost embarrassing Ederson, who had
rushed to the edge of his box in response to some dozy defending.

The breakthrough arrived on 11 minutes, Sadio Mane skewering Kyle
Walker with a turn, inviting contact from the City right-back, who
obliged.

Salah stepped up to thump home the spot-kick and another error from
Walker, with a curious decision to take a throw-in backwards into
danger, saw Liverpool gobble up possession and break through Mane
again.

It epitomised the early exchanges, Liverpool playing like they meant
it, City failing to give the same impression.

Yet however overpowered they seemed, City always had the vision of De
Bruyne to tall back on.

First a sweeping pass centre from the Belgian found Raheem Sterling at
the back stick, Allison swiftly out to smother. 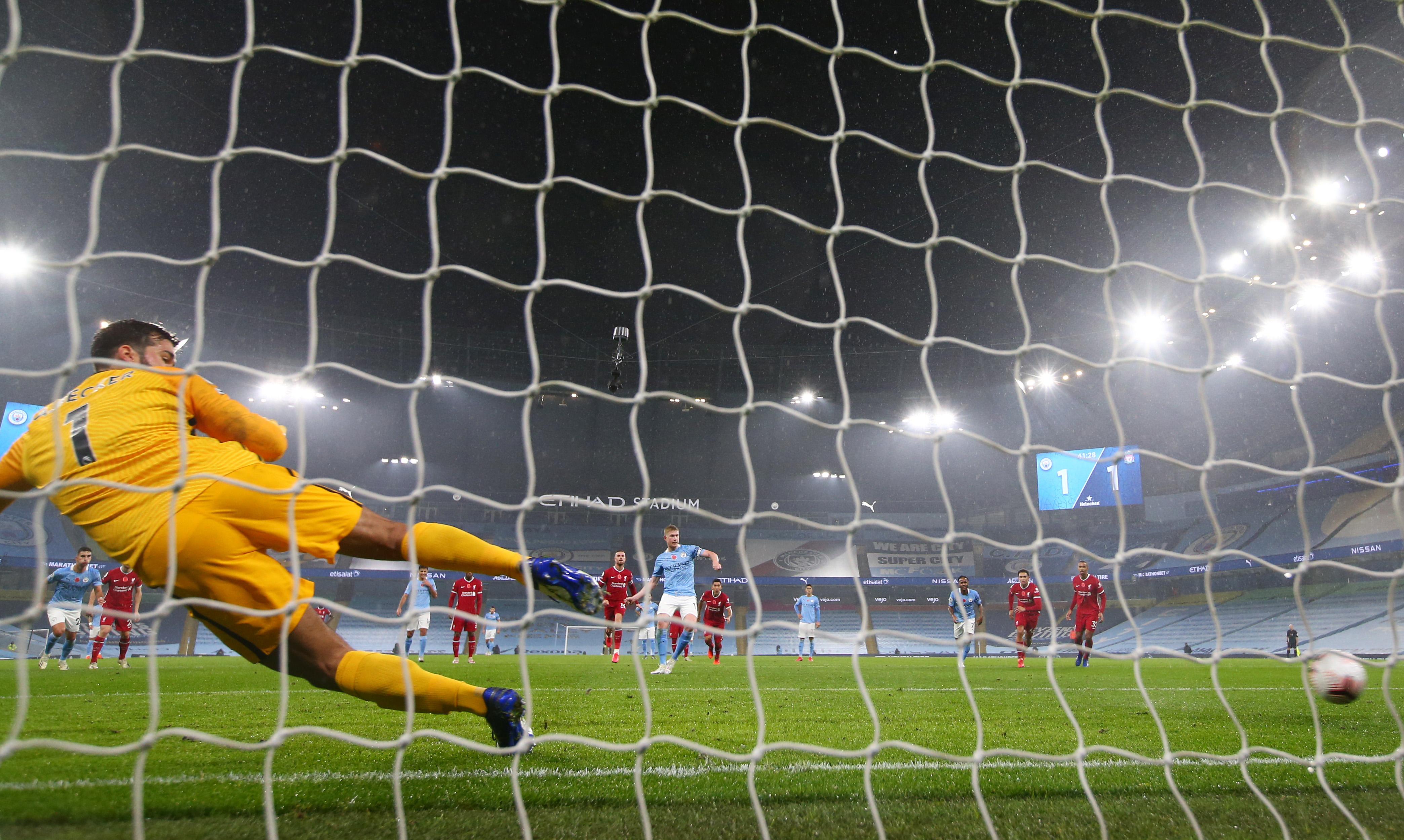 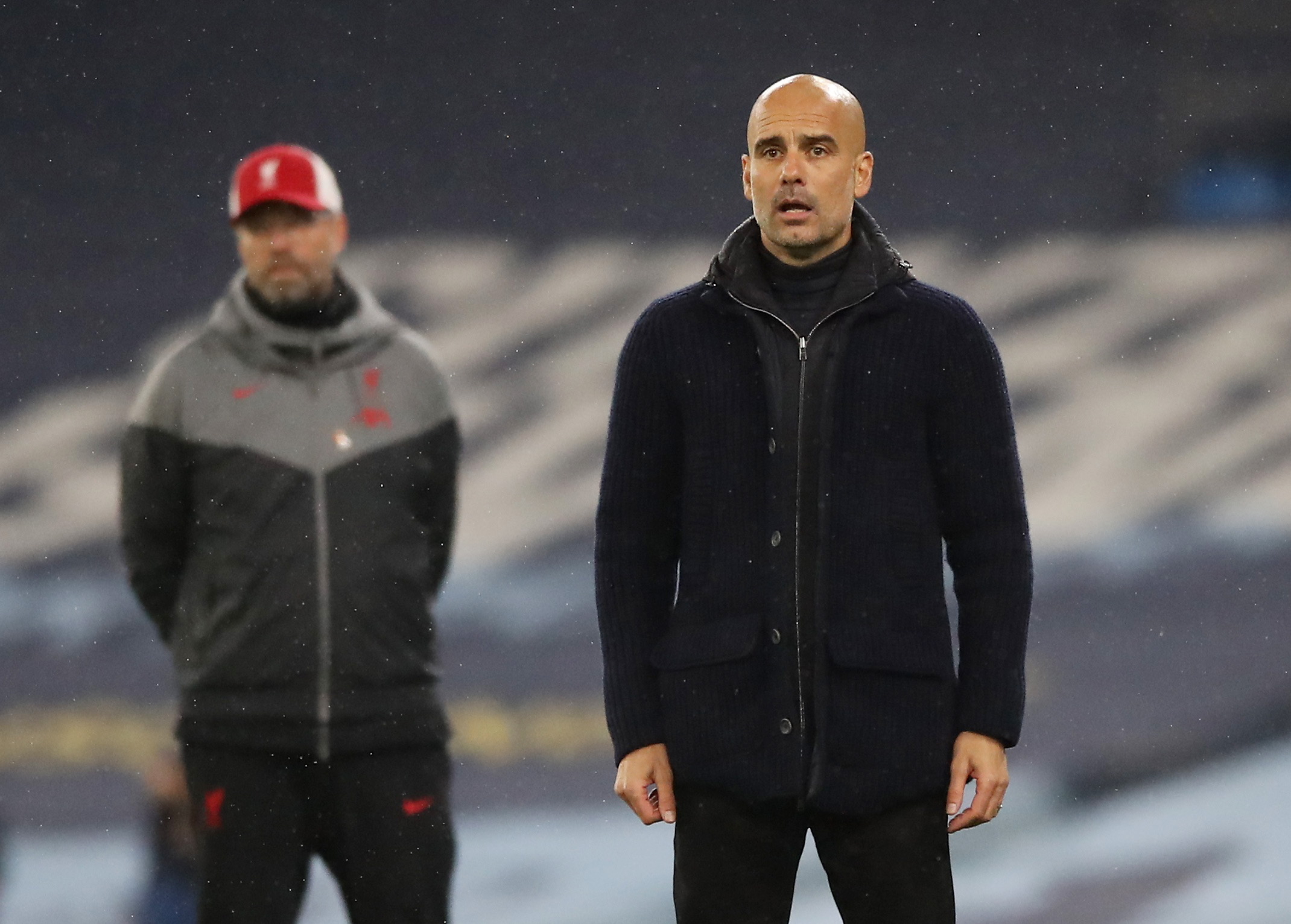 Then one of those delicious, deceptively simple, De Bruyne passes,
played on the turn, which fed Jesus, who swivelled to deceive
Alexander-Arnold and poked past Allison.

It felt as if City’s Brazilian centre-forward had barely touched the
ball in the opening half. Two touches here and it was one-one.

Within a minute De Bruyne drilled one just wide and soon after he was
winning City a penalty, thumping in a cross which Joe Gomez handled as
he attempted to move his arm away.

It looked a modern-day penalty – certainly not an old-school one – and
after a word in his shell-like from VAR Paul Tierney, and a long look
at his monitor, ref Craig Pawson did the old Lionel Blair TV gesture
and pointed to the spot.

Yet just when it seemed as though De Bruyne could do nothing wrong, he
scuffed his spot-kick and dragged it wide.

Invigorated by this let-off, Liverpool soon regained the lead, Mane
skinning Ruben Dias but electing not to shoot, then finding Salah, who
slipped a pass to Alexander-Arnold for a shot, held at the second
attempt by Ederson. 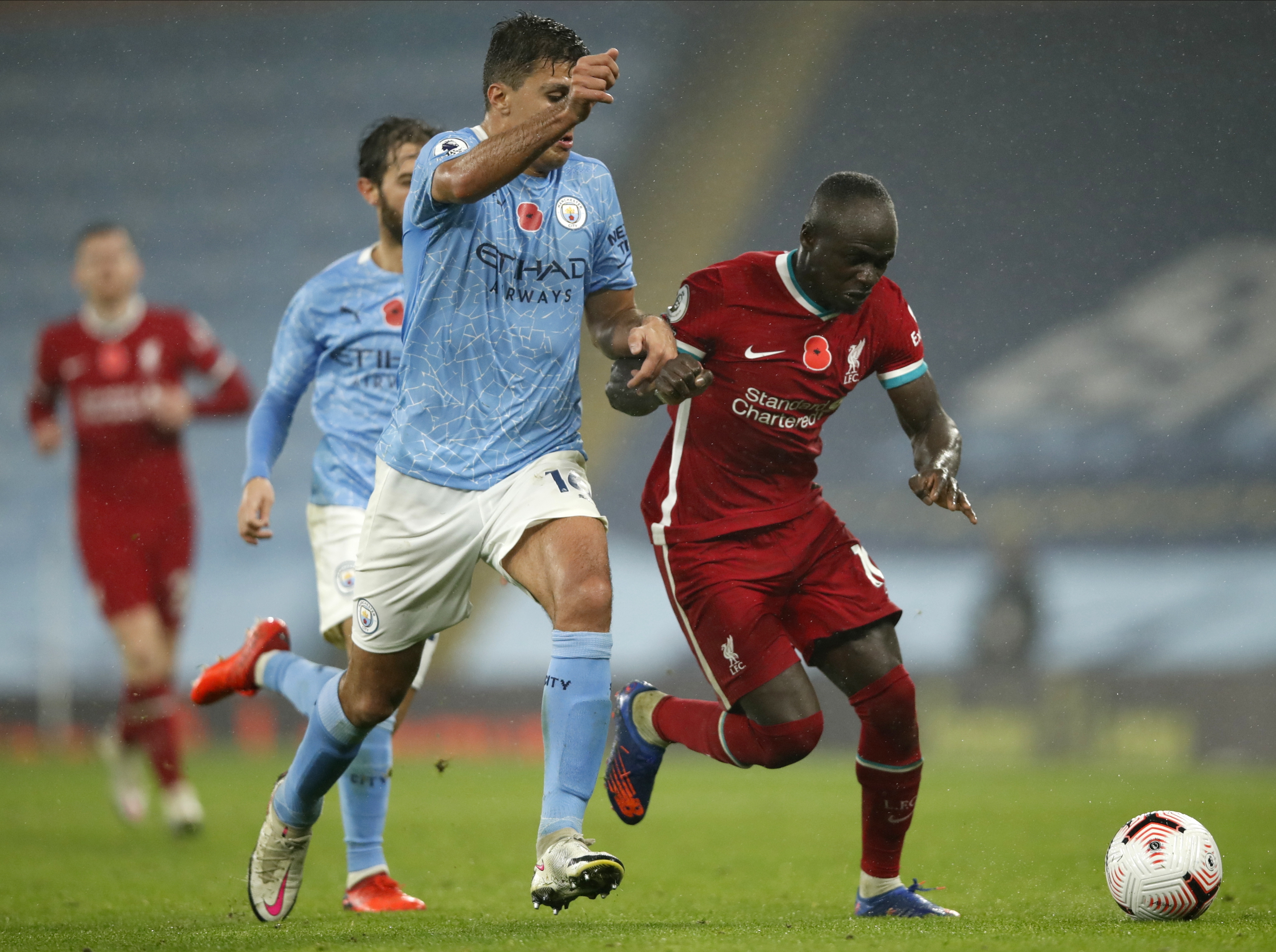 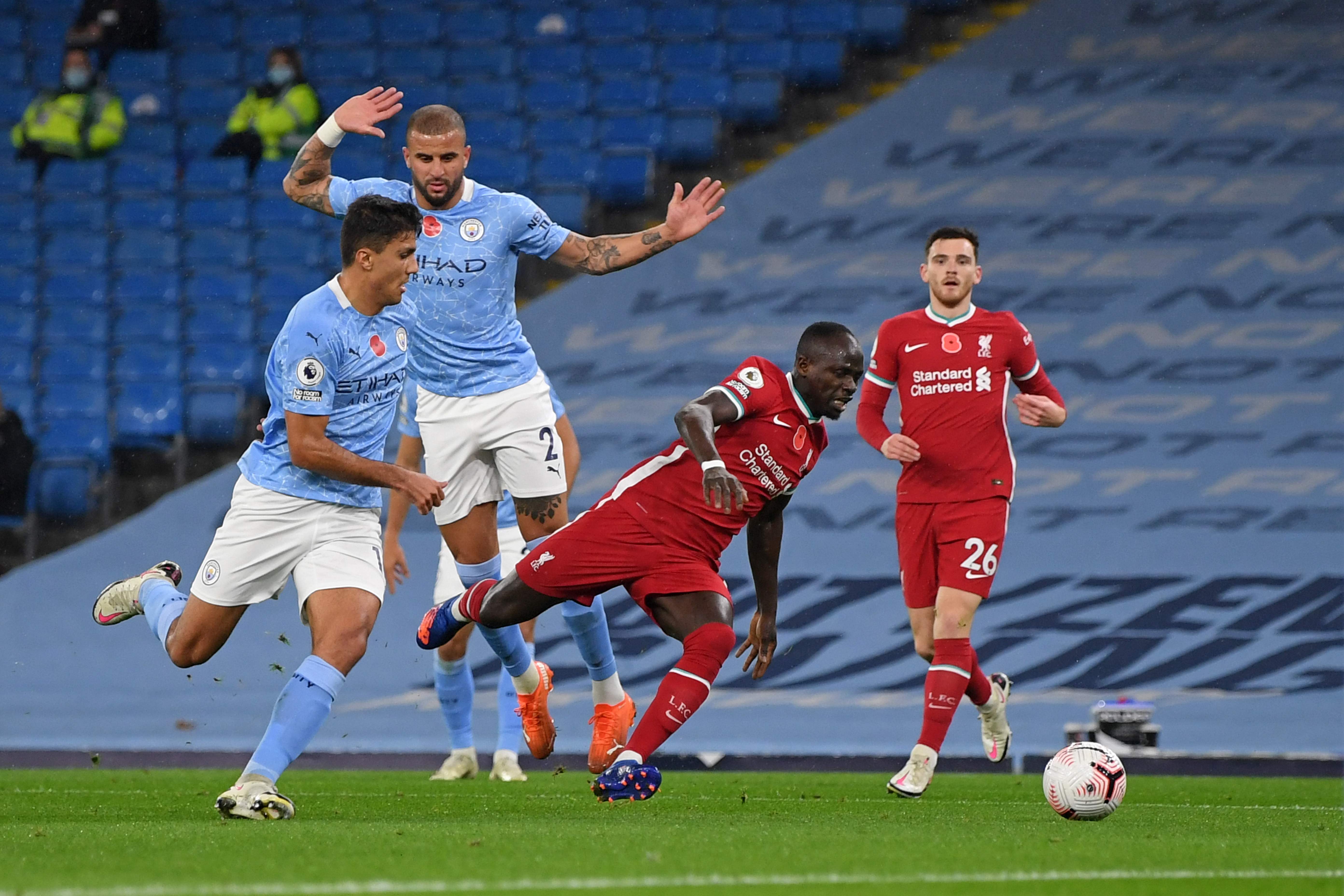 It had been a breathless half, Liverpool the better side but City
knowing they ought to have gone in ahead.

Within a minute of the restart Joel Matip clattered De Bruyne – a
booking for the Liverpool defender and lengthy treatment for City’s
conductor.

Jota failed to capitalise on a weird flap from Ederson as the action
zinged from end to end at a frenetic rate.

Jesus squandered a free header from Joao Cancelo’s cross and then
Klopp sent on Xherdan Shaqiri in place of Firmino, whose days as an
automatic Liverpool starter may be waning.

Bernardo Silva replaced a quiet Ferran Torres, before Alexander-Arnold
pulled up lame with a calf injury and made way for James Milner.

For a while the contest began to fizzle, legs and minds tiring,
Liverpool sitting back and City unable to open them up.