Magpies co-captain Madi Browne is out for the season after undergoing surgery on Thursday to repair her ACL.

The key mid-courter will be replaced by Kelsie Rainbow, Browne's training partner, who started on the bench in last week's 14-point upset win against reigning premiers Sunshine Coast Lightning. 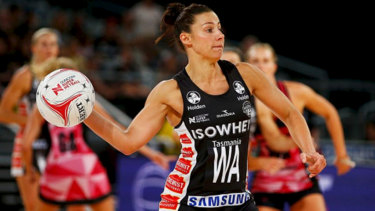 Browne injured her right knee in a pre-season game against the Vixens at Bendigo Stadium and did not play in the first game last week. She's had surgery on the same knee due to an ACL rupture in 2015.

"We’re really disappointed for Madi that she’ll spend an extended period of time out of the game. She has had such an impressive pre-season and had been outstanding on court. She is also a fantastic leader of our team," said Magpies coach Rob Wright.

"This is a case of life being unfair. Although she’ll be out of action on court, there is a lot of opportunity for Madi to continue to be involved with the team behind the scenes."

The 31-year-old was heading into her third season as a Magpie, after announcing her retirement from the national team in mid-2018.

Browne played 61 tests for the Australian Diamonds over eight years and is a two-time winner of domestic netball’s highest individual honour, the Liz Ellis Diamond.