TODAY'S tennis stars are a sponsor's dream, especially when it comes to watch companies.

Luxury brands like Rolex, Audemars Piguet and TAG Heuer have all sided up next to a host of stars returning to Wimbledon this year, paying them huge sums to promote their timepieces. 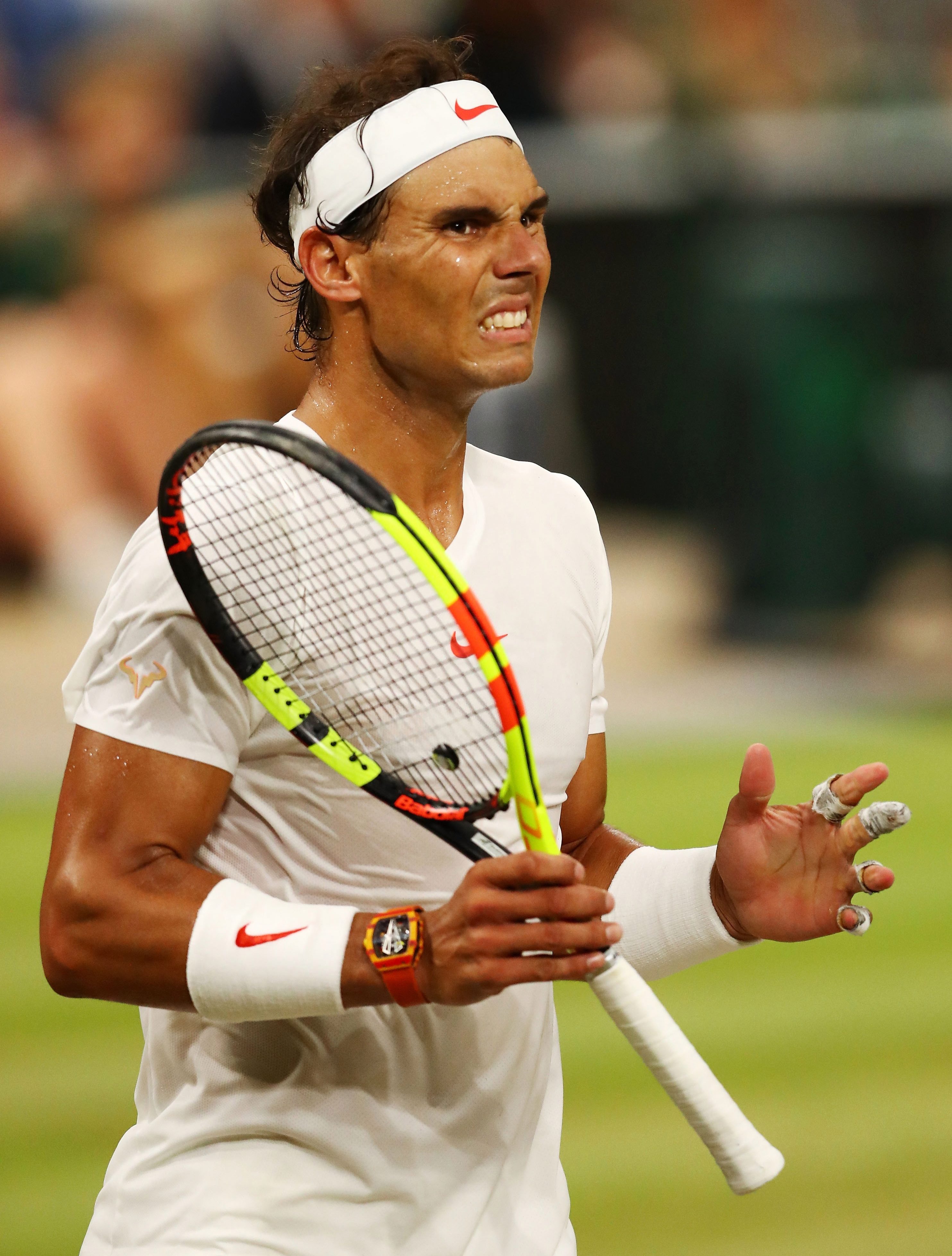 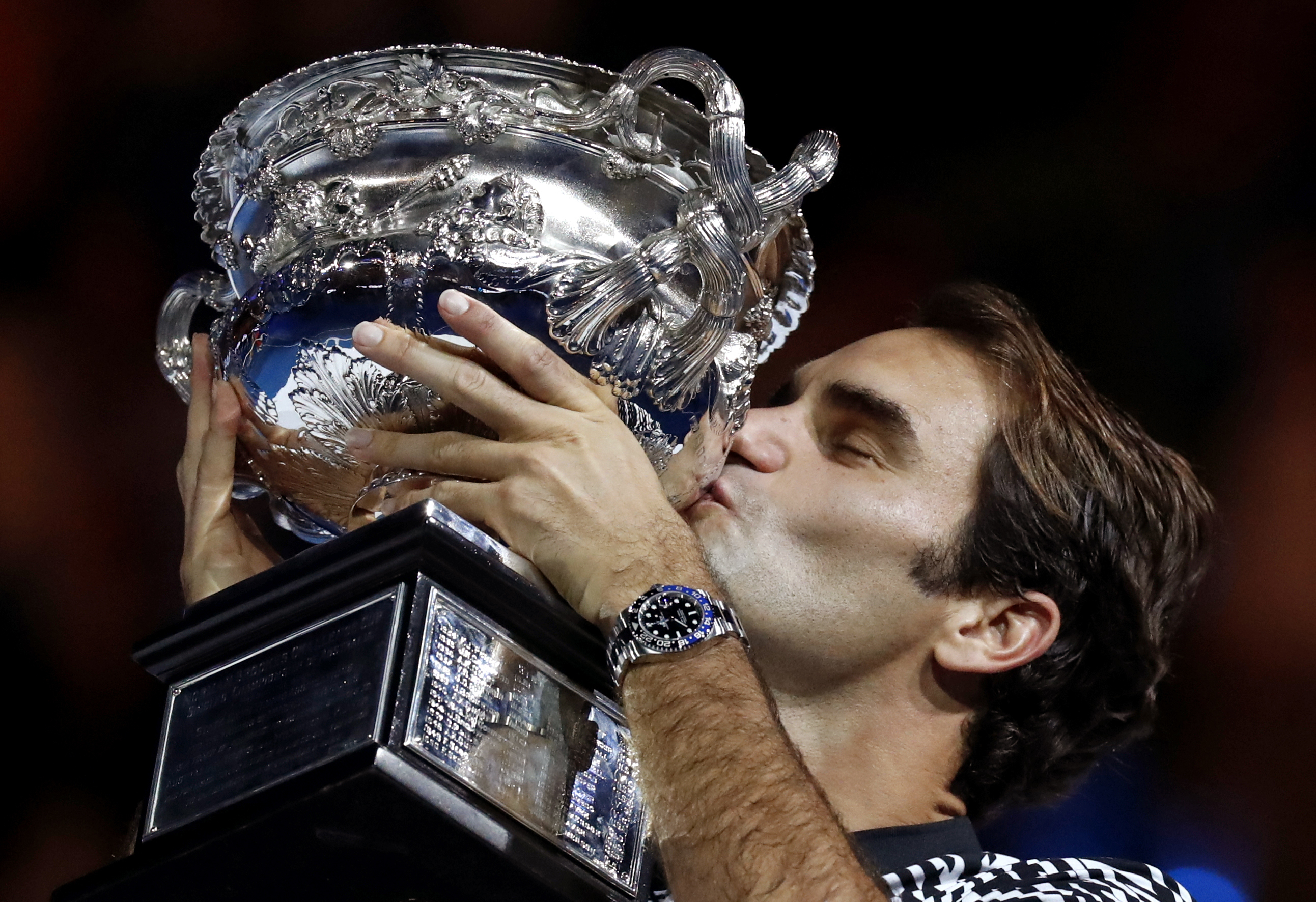 Many will wear them on court, often if they've won a Grand Slam and can be pictured flashing the expensive jewellery as they lift a trophy.

But who wears what and how much do their watches cost?

In 2010, Nadal signed a lucrative contract with the Swiss watchmaker, and their relationship has continued until today – although the injured star is missing from SW19 this year. 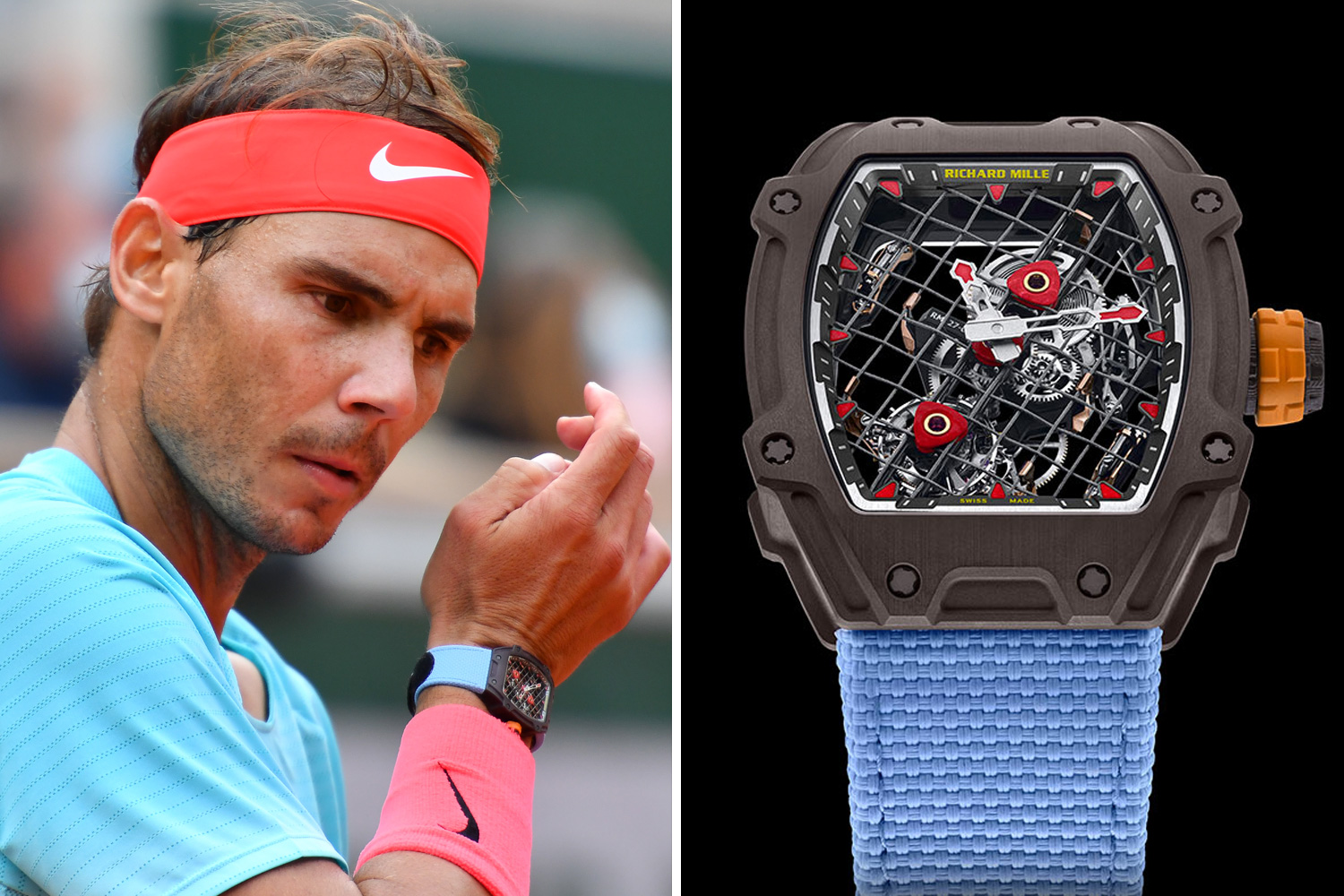 When you're one of the most influential figures ever in sport, you'll have luxury companies throwing themselves at you.

Audemars Piguet, a favourite with Premier League footballers, enlisted Serena as a brand ambassador in 2014.

She regularly wears their Royal Oak Shore model when she's in action, and that comes with a price tag of around £45k.

And in 2017, they lent Serena an Audemars Piguet Diamond Outrage worth an astonishing £1m for that year's Met Gala. She must be a great customer. 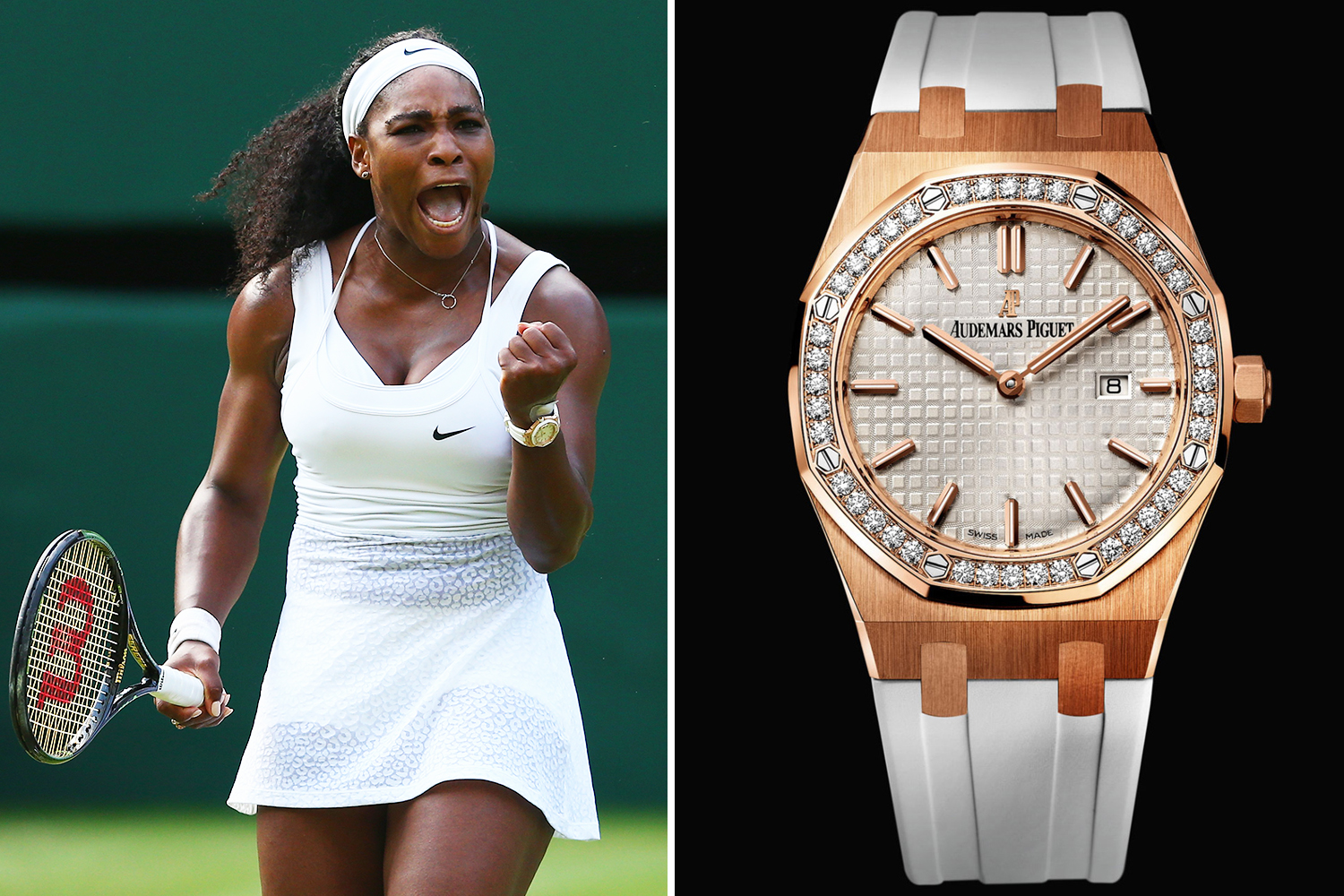 He might be the world's number one and returns to the All England Club as defending champion, but he's lagging behind in the watch game.

But despite the mega-earnings he's getting tipping Rafa and Roger, his Seiko watch isn't worth much – coming with a price tag of just short of £1,500. 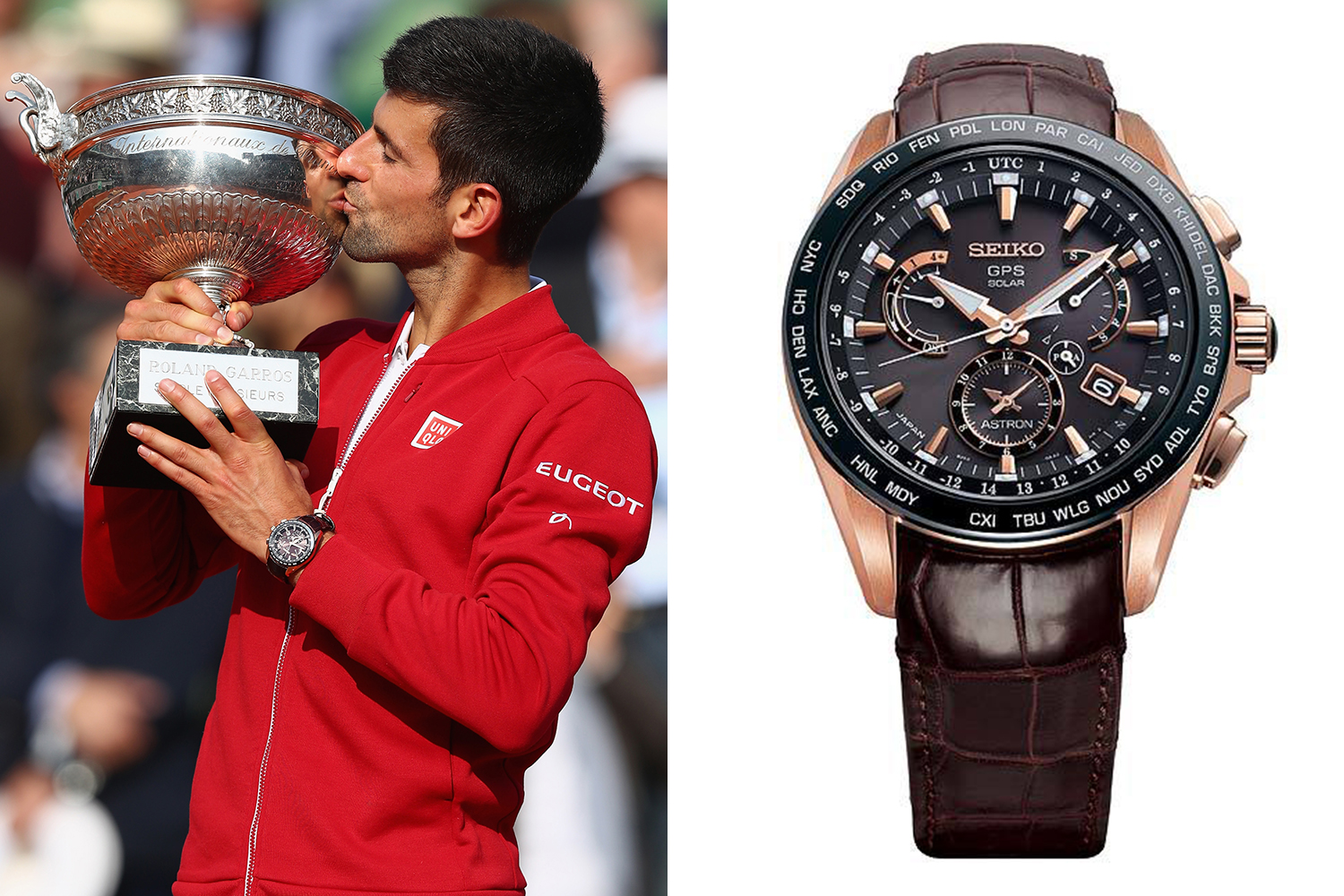 As a longtime ambassador of the Swiss luxury brand, Federer has been snapped lifting a trophy in a variety of different expensive timepieces.

Perhaps the most significant was his Datejust II that he wore after beating Pete Sampras' all-time Grand Slam record in 2009.

He's also a fan of the GMT-Master II, which has a price tag of around £11k.

It's believed that Federer is paid around £5m per year by Rolex to peddle their products. 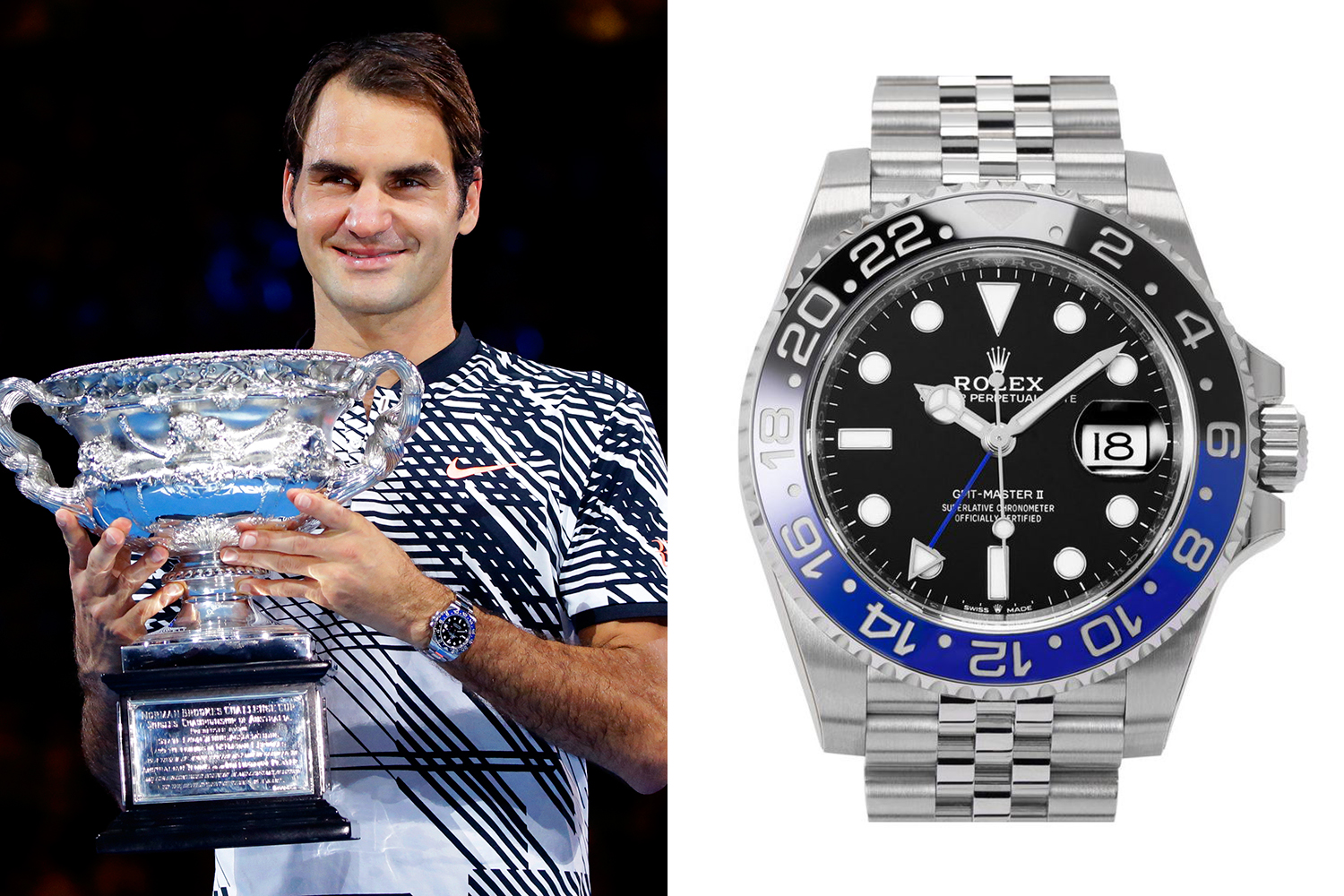 The 2013 and 2016 Wimbledon champ – back in singles this year after four years away – is said to earn £1m a year to wear Rado watches.

And he's usually on point when it comes to his choice, opting for their Hyper Chrome model on court.

But when he last lifted the trophy at the All England Club, he got himself into bother after his epic win.

Murray strapped on the watch to appease his sponsors, but forgot that it was self-winding and needed time to adjust to the wearer's wrist.

That meant it was around five hours out when he was snapped in winning mode. Oops. 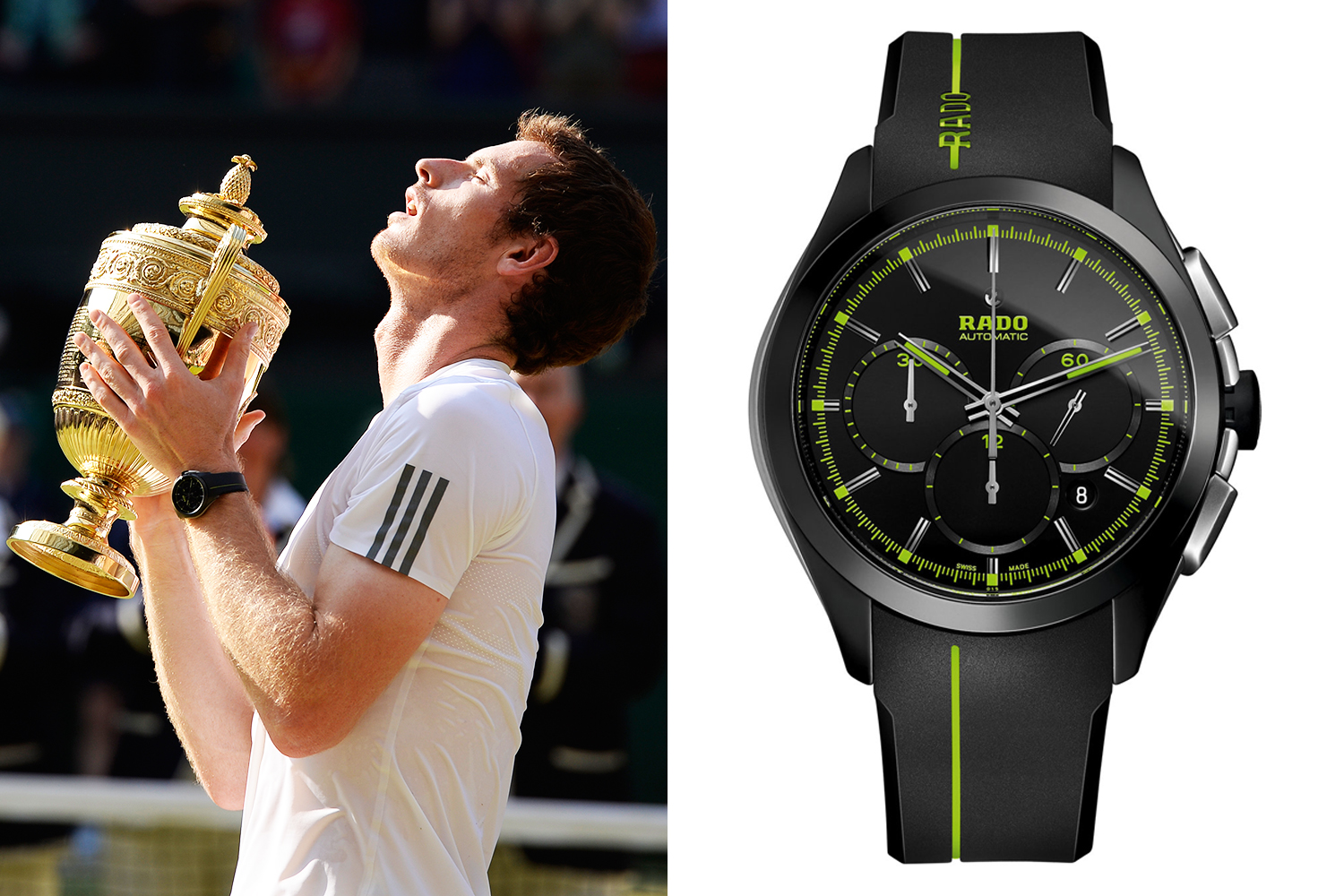 When the Russian tennis sensation was banned from the sport after failing a drugs test in 2016, TAG Heur were in talks over negotiating a new sponsorship deal with Sharapova.

However, they soon withdraw their offer and a commercial partnership that began in 2004 was over.

Sharapova often favoured the Aquaracer model on court that cost £1,200, and the Formula 1 Lady outside the court that is valued at around £1,900.

Now retired, the 2004 teenage champion won't be competing on the grass this year but is still a hit off the court with her pricey pieces. 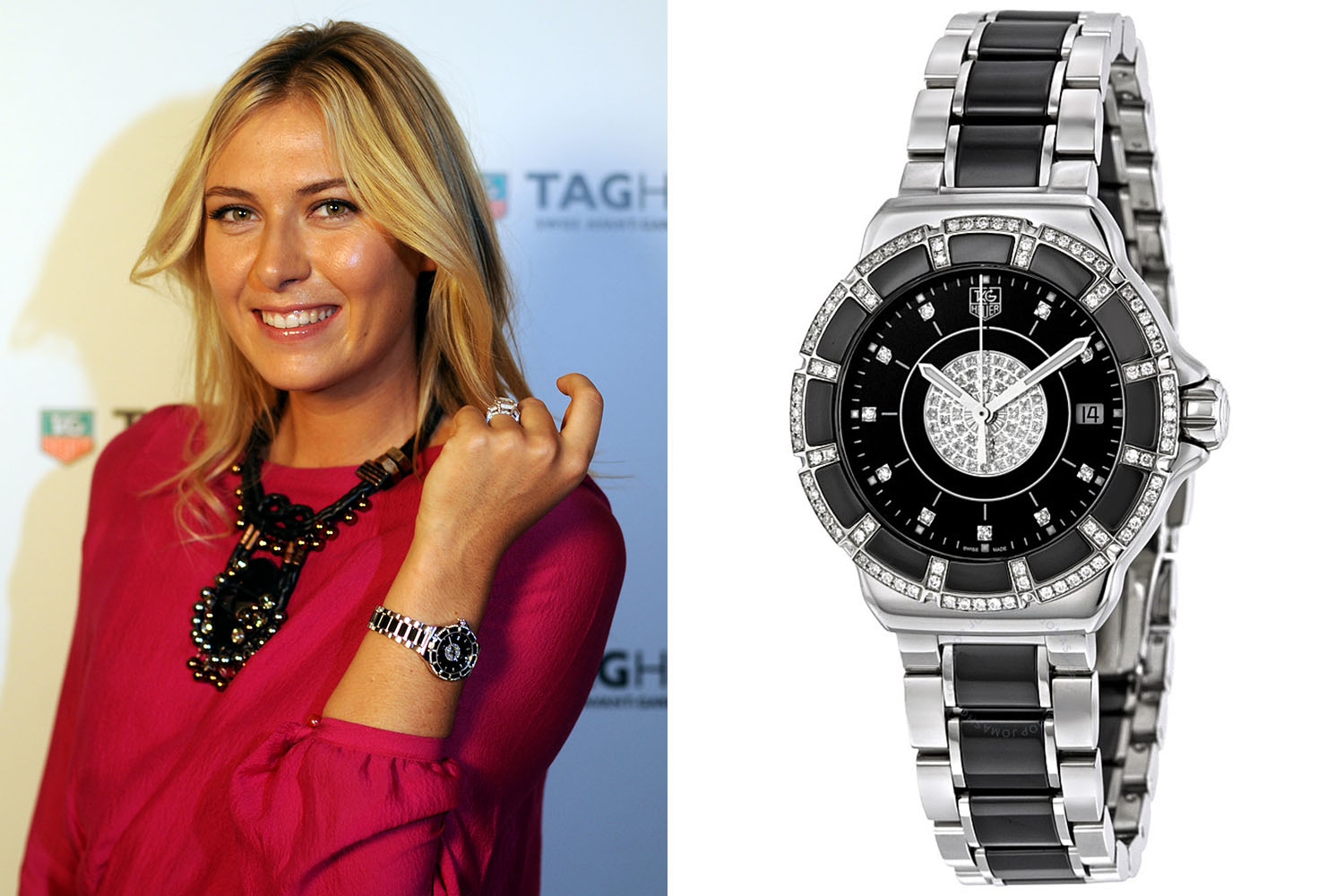 Stan the Man is another fan of the Audemars Piguet Royal Oak Shore watch, often seen wearing their Diver chronograph that's got a price tag of around £18k.

Their relationship began in around 2014, and in 2017 Swiss-star Wawrinka was snapped in an exclusive marketing campaign for the brand.

He also posted images on social media visiting the company's HQ in the village of Le Brassus in the Vallée de Joux in the Canton of Vaud just to see how the watches are made. Now that's dedication. 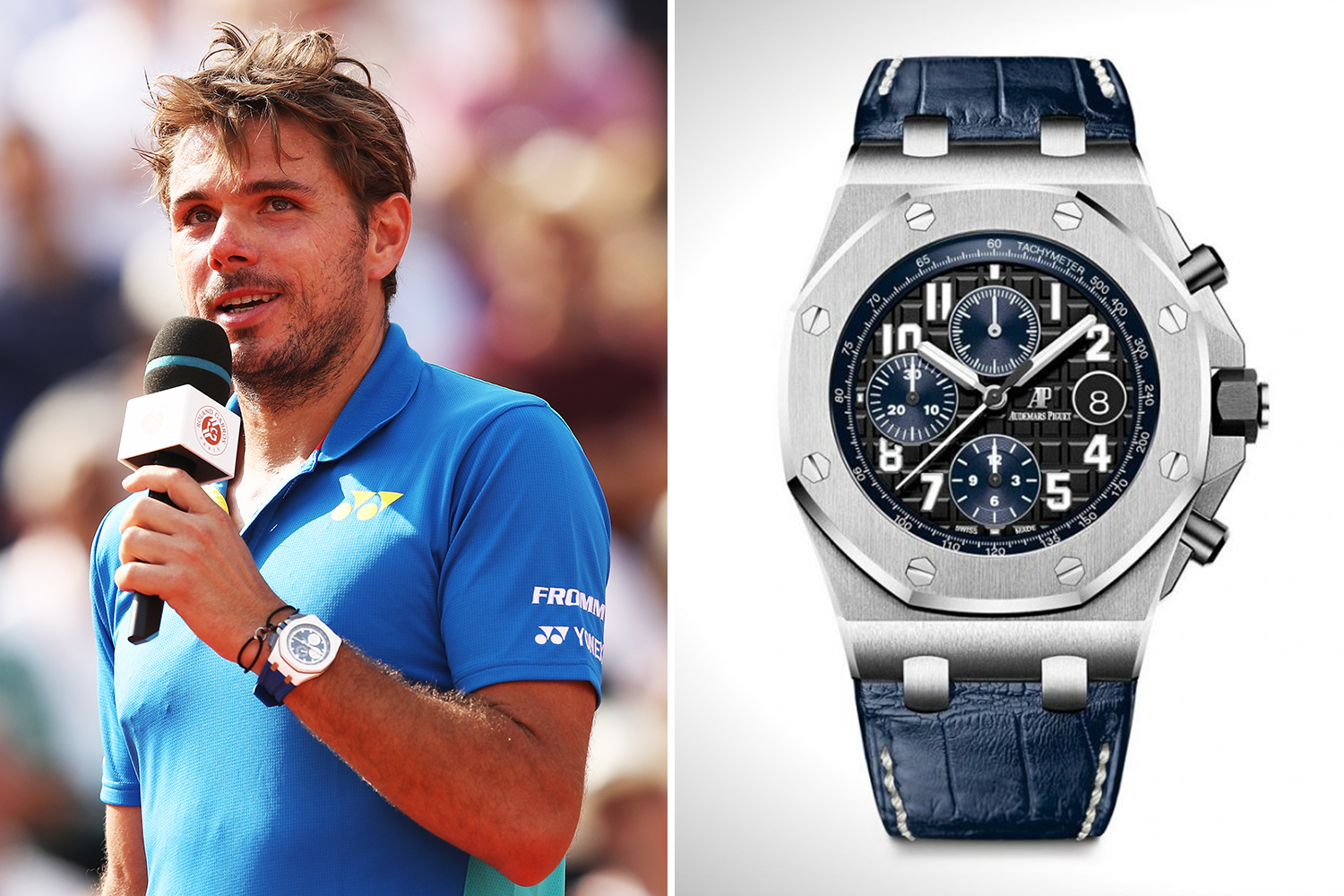 The German tennis poster boy has been endorsed by the Swiss luxury watchmaking brand since 2016.

And it was all because of his pal Nadal, who recommended Zverev to Mille – calling him the future of the game.

It has a weight of just 32 grams and is made of ultra-light and strong carbon quartz TPT, so it's sturdy too. He wears it on court too, matching the straps to his outfit. 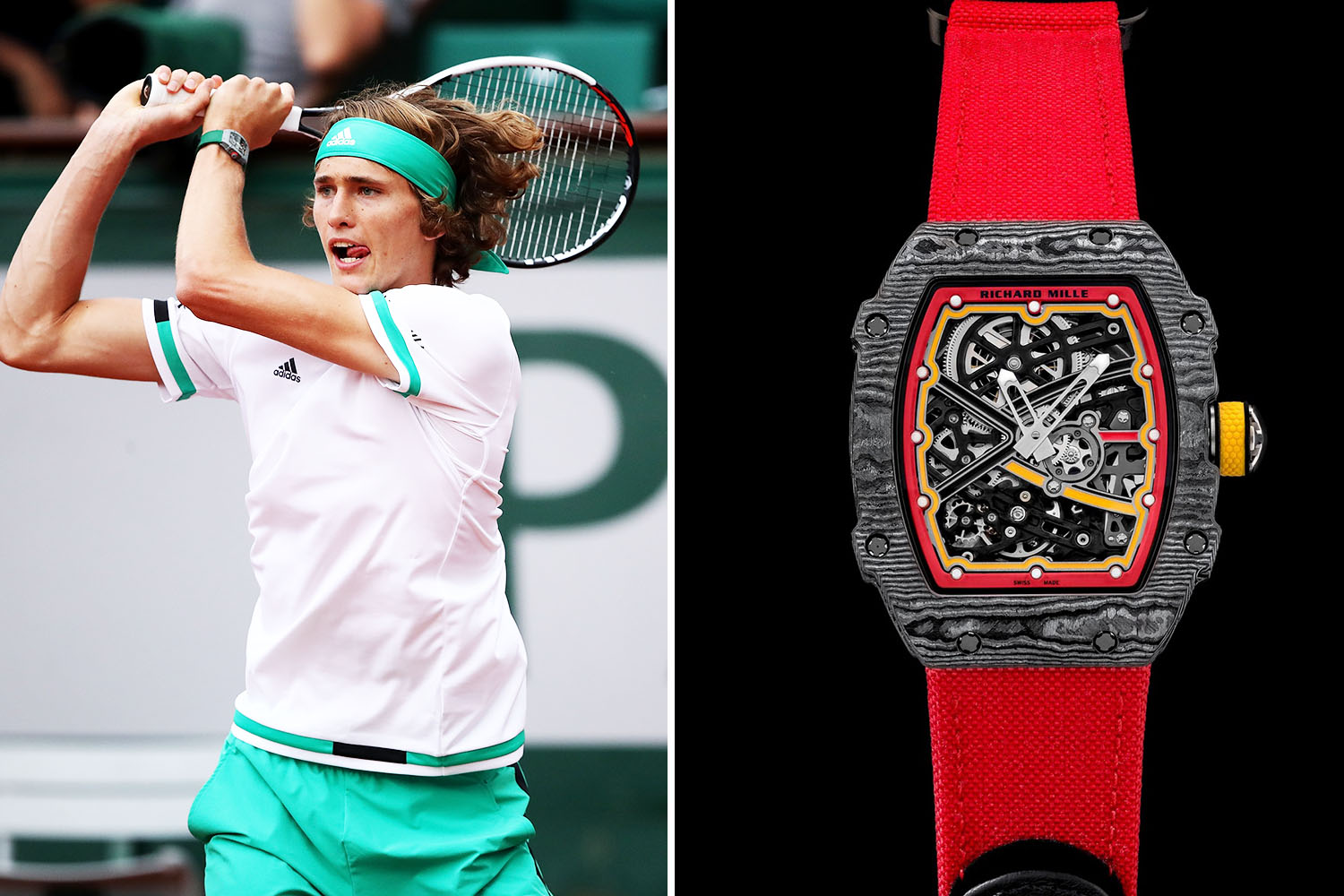 Another one to retire since the last Wimbledon, the former world number one has been with Rolex since 2010, who got her just as she began her ascendancy in the game.

And when she won her first Grand Slam title in 2018 – defeating Simona Halep in the Australian Open – she showed off a sparkling Rolex Daytona with pave diamond dial and baguette-cut diamond bezel. 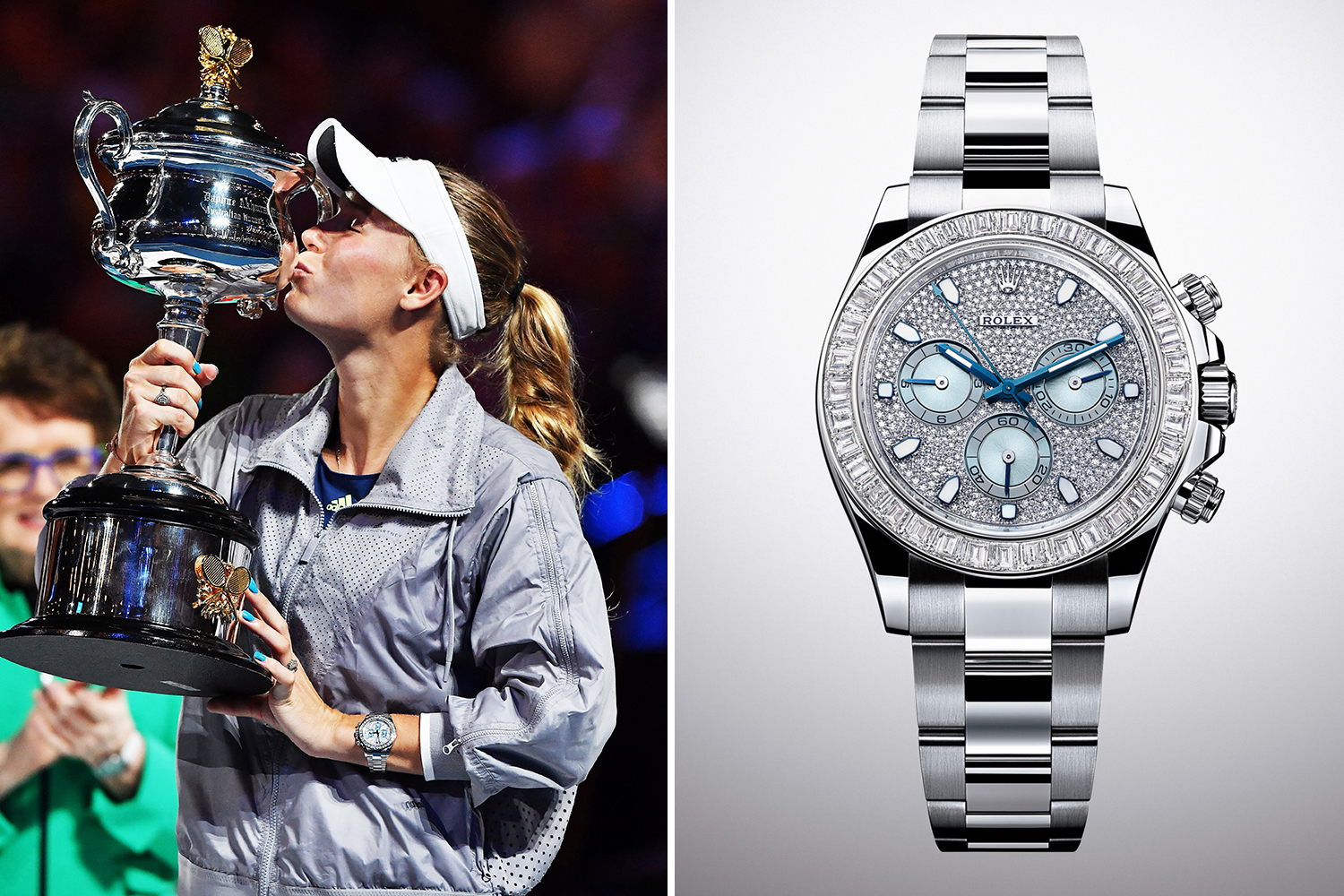 When it comes to professional tennis, Rolex clearly have some of the best players covered in the sport.

Currently ranked fifth in the world but missing Wimbledon through a wrist injury, Austrian star Thiem is just another one – and he sports two different models.

We've seen the 27-year-old wearing a stainless steel and ceramic Daytona chronograph with a sleek black dial worth around £14k.

He also favours a stainless steel Submariner, which costs around £9k. 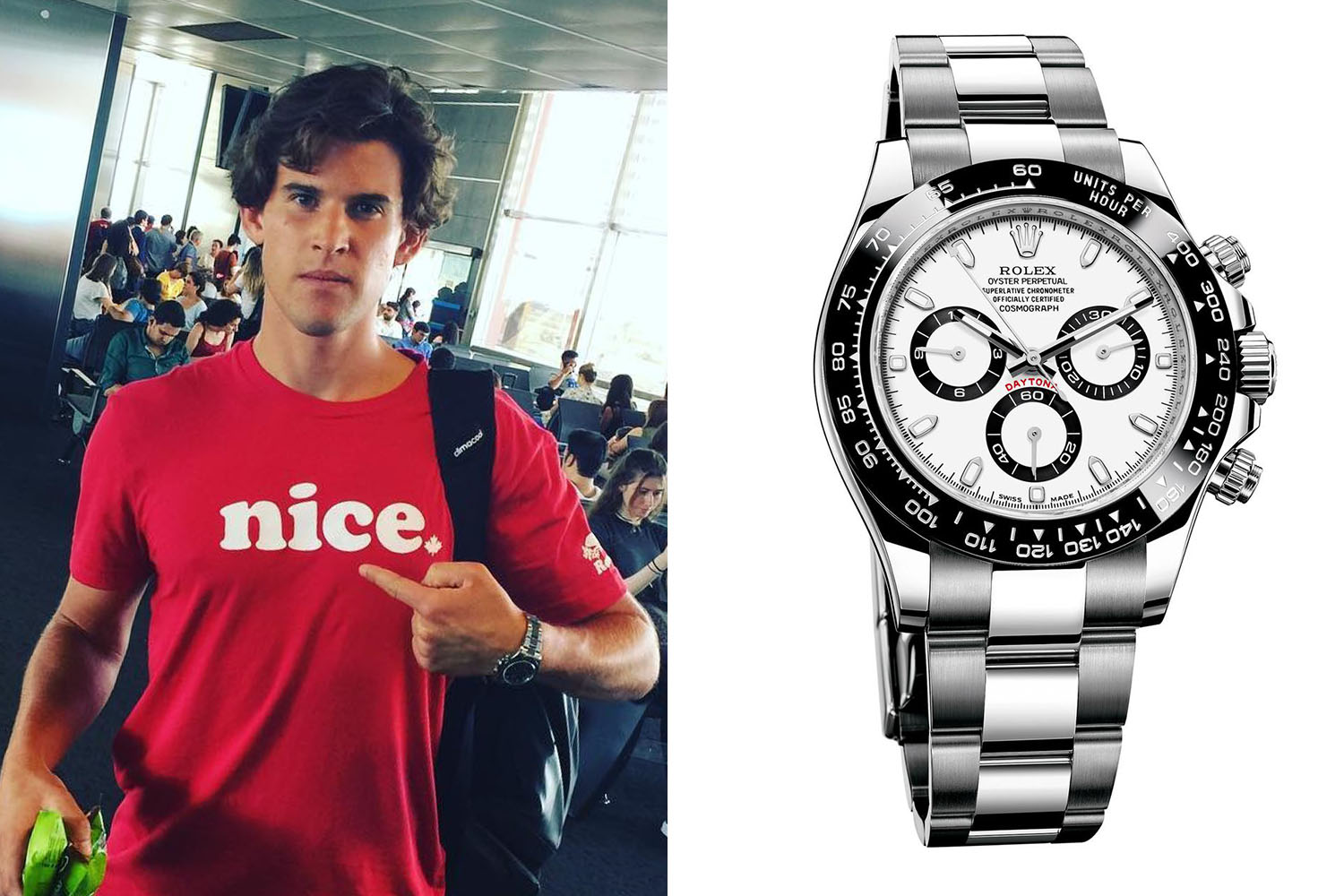 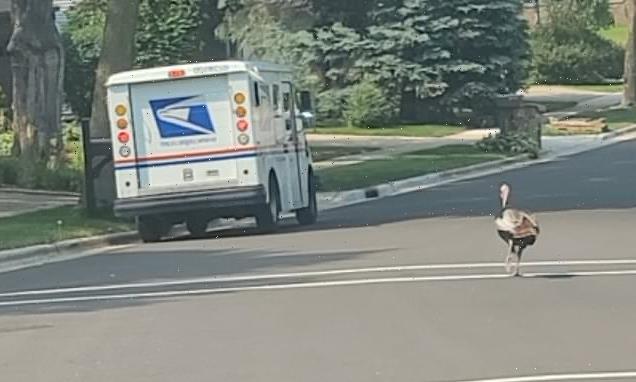