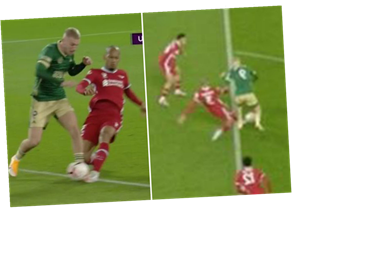 LIVERPOOL were left fuming by more VAR controversy after Fabinho conceded a penalty for appearing to win the ball OUTSIDE the box.

Sheffield United took a shock lead at Anfield after Sander Berge's spot-kick, with further questions marks about the decisions made in Stockley Park. 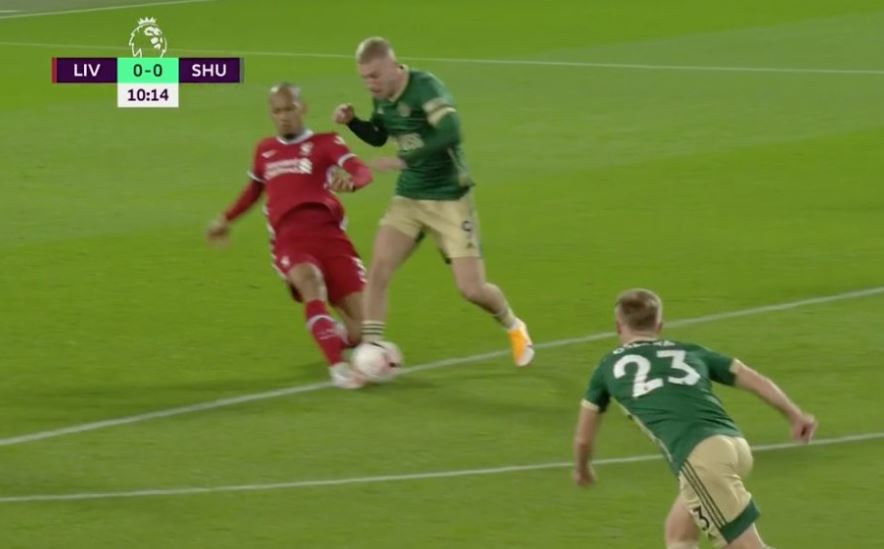 Fabinho – who was playing centre-back for the Reds – was punished for clattering into Oliver McBurnie on the edge of his own area.

Referee Mike Dean initially blew for a free-kick, but VAR intervened to change to a penalty based on where the foul occurered.

However, the Premier League have confirmed that the system awarded the spot-kick without checking whether Fabinho committed a foul or not.

Instead, VAR only noted whether the incident happened inside the box, and not whether it was actually a foul.

And understandably fans were left fuming by the latest technology error.

One tweeted: "I think what's "clear & obvious" now is that Liverpool are being stitched up by the Premier League this season via VAR! Absolute disgrace."

Another said: "Outside the box, wins the ball, and yet it’s a penalty. This is a week in, week out story these days.

"So much needs to be done about the standard of officiating in this country."

A third added: "The Premier League is corrupt."

Liverpool ultimately bounced back from the early set-back to claim a 2-1 win over the Blades following goals from Roberto Firmino and Diogo Jota.