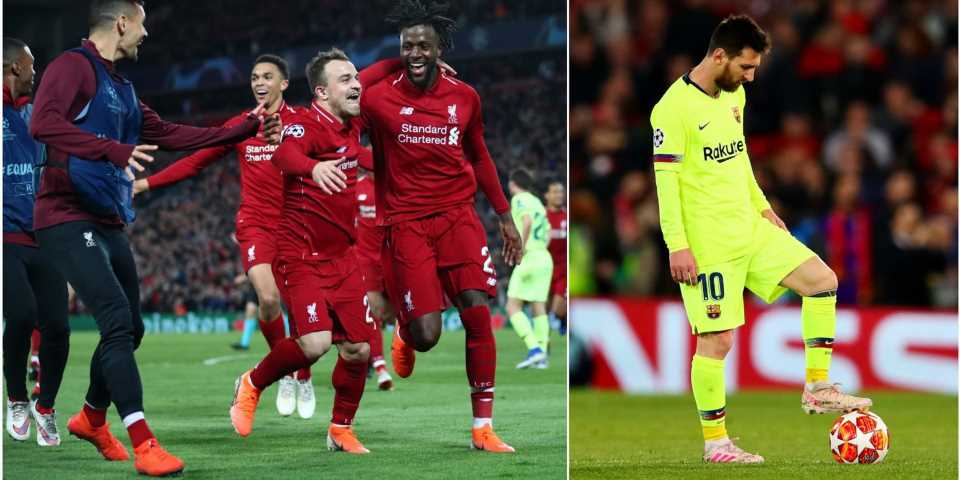 Liverpool FC just mounted a stunning four-goal comeback against FC Barcelona at Anfield in Liverpool, eliminating the Spanish side from the UEFA Champions League.

Liverpool entered the match facing a 3-0 deficit from the first leg when the team came unstuck because of a Lionel Messi masterclass at Camp Nou in Spain last week.

But the team never wilted, and two new Liverpool heroes announced themselves as Divock Origi and Georginio Wijnaldum summoned the “Spirit of Istanbul” to score two goals each, sending Barça back to Spain empty-handed.

Liverpool is used to securing improbable comebacks having bounced back in the 2005 Champions League final in Istanbul, overcoming a 3-0 battering at half-time when Steven Gerrard inspired his team to a 3-3 draw and an immortal title win after a wild penalty shoot-out.

It all began in the seventh minute when Liverpool came out of the starting blocks with intent. Sadio Mane capitalized on a defensive mistake on the right wing and played the ball to Jordan Henderson whose penalty box shot rebounded into Origi’s path, and a near open goal was nothing short of inviting for the Belgian striker. 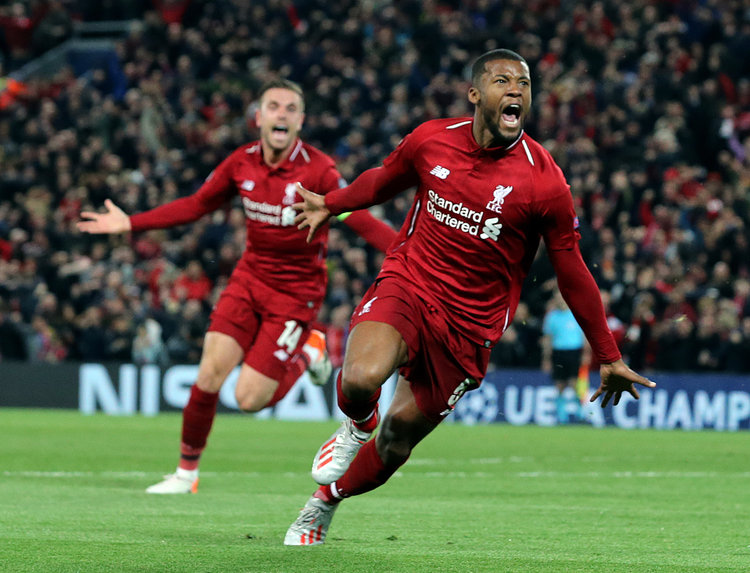 Wijnaldum scored a second and a third for Liverpool FC.Photo by Rich Linley – CameraSport via Getty Images

A score of 1-0 is where it stayed until after half-time, but Wijnaldum doubled Liverpool’s advantage in the 54th minute. If that goal gave the fans hope, the equalizer two minutes later gave them belief, as Wijnaldum once again had the ball in the net — 3-0, and the match, if it stayed there, would be destined for extra-time and, potentially, penalties.

But Liverpool did not want penalties. Liverpool did not even want extra-time, as Trent Alexander-Arnold, arguably the greatest right back in world soccer today, caught Barça’s defense napping in the 79th minute when he outfoxed the backline with an opportunistic corner-kick, which Origi fired past the goalkeeper Marc-André ter Stegen.

Or here if you are in a different region:

Though the goalscorers attract the headlines, in truth, it was as the old cliche goes, a team effort.

Liverpool’s forwards made the most of the opportunities they were afforded, the midfield was tight, if unspectacular, but Alexander-Arnold and even Andrew Robertson before he was subbed off produced textbook wing-back performances. The game also could not have been won without goalkeeper Alisson keeping his sheet clean, frustrating Barcelona’s players all night long by ensuring the 0 stayed in the 4-0 win.

Perhaps Mane summarized it best after the game when he said: “I don’t know what to say,” on the BT Sport broadcast.

Later, Jurgen Klopp added his thoughts to what is yet another historic Liverpool comeback, another immortal Liverpool story, in a competition the club has excelled in many eras.

“The whole performance, the whole game was too much,” he said. “Overwhelming. I actually would say … I said it was before the game; it was impossible. But to you [the media] I say we have a chance. I never can remember, like this, playing against maybe the best team in the world, not allowed to concede … winning is already difficult but winning with a clean sheet; I don’t know how we did it.

“The boys are f—— mentality giants. Unbelievable. Fine me! Fine me if you want. I’m not native, so I don’t have better words for it!”

Liverpool now advances to the Champions League final at the Wanda Metropolitano Stadium in Madrid on June 1, where it will play the winner of Ajax and Tottenham Hotspur’s semi-final on Wednesday.