THEY say that the Premier League’s show must go on to keep up the morale of the nation.

Yet here was pandemic football at its grim worst as the most eagerly-anticipated match of the season died on its backside. 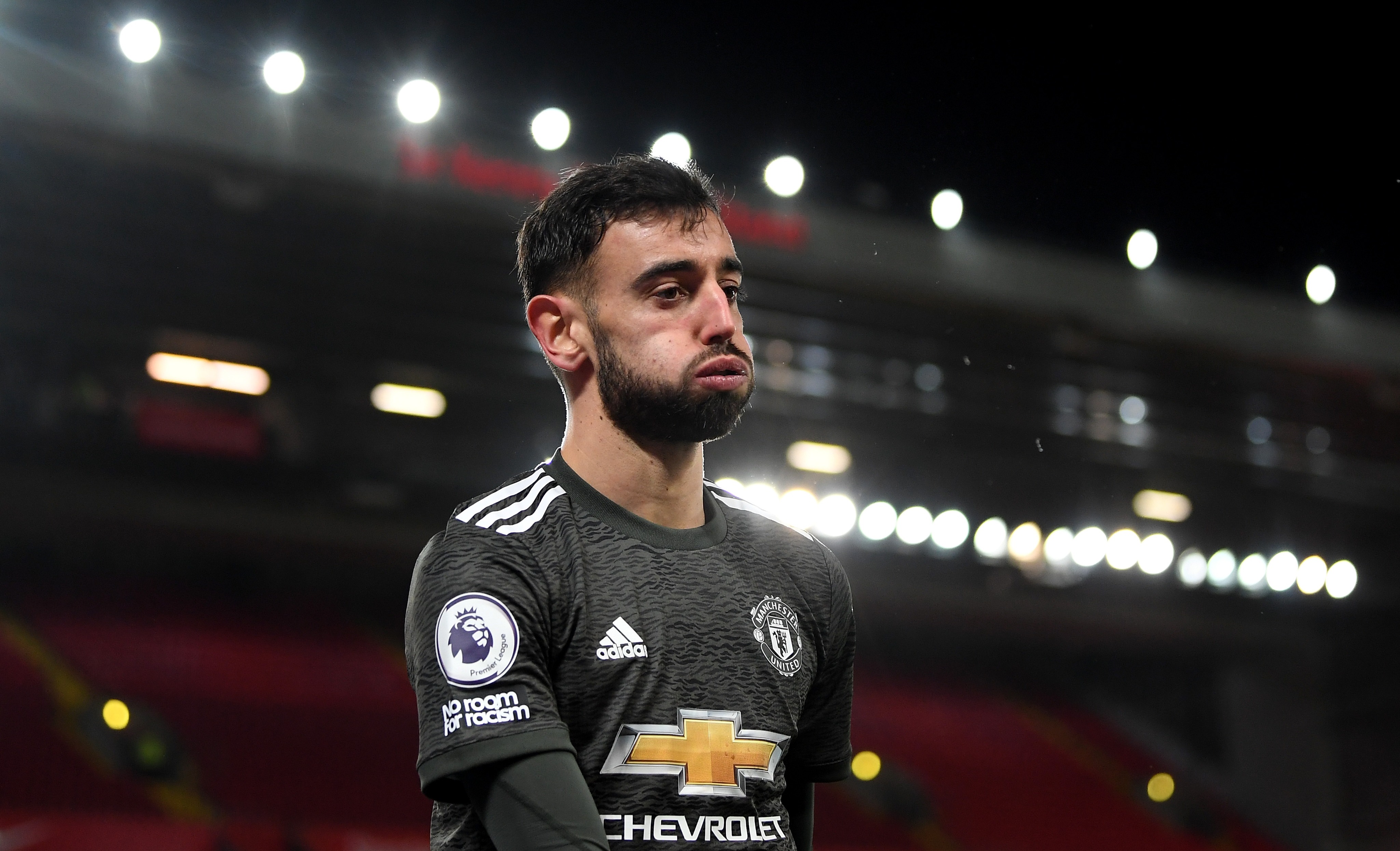 Manchester United boss Ole Gunnar Solskjaer will be the happier with a point, which kept his men top of the table.

Like so many other elite fixtures this season – the Manchester derby, United v Chelsea and Chelsea v Spurs – it ended up stifled by caution, sorely missing the impetus so often provided by a baying crowd.

There was no meaningful save for either Allison or David De Gea to make until the 75th minute.

And just as United were beginning to threaten, Solskjaer hauled off his most creative player, Bruno Fernandes, who threw a tantrum – not that his performance had been anywhere near to his best.

Can you win a title with so little attacking intent? 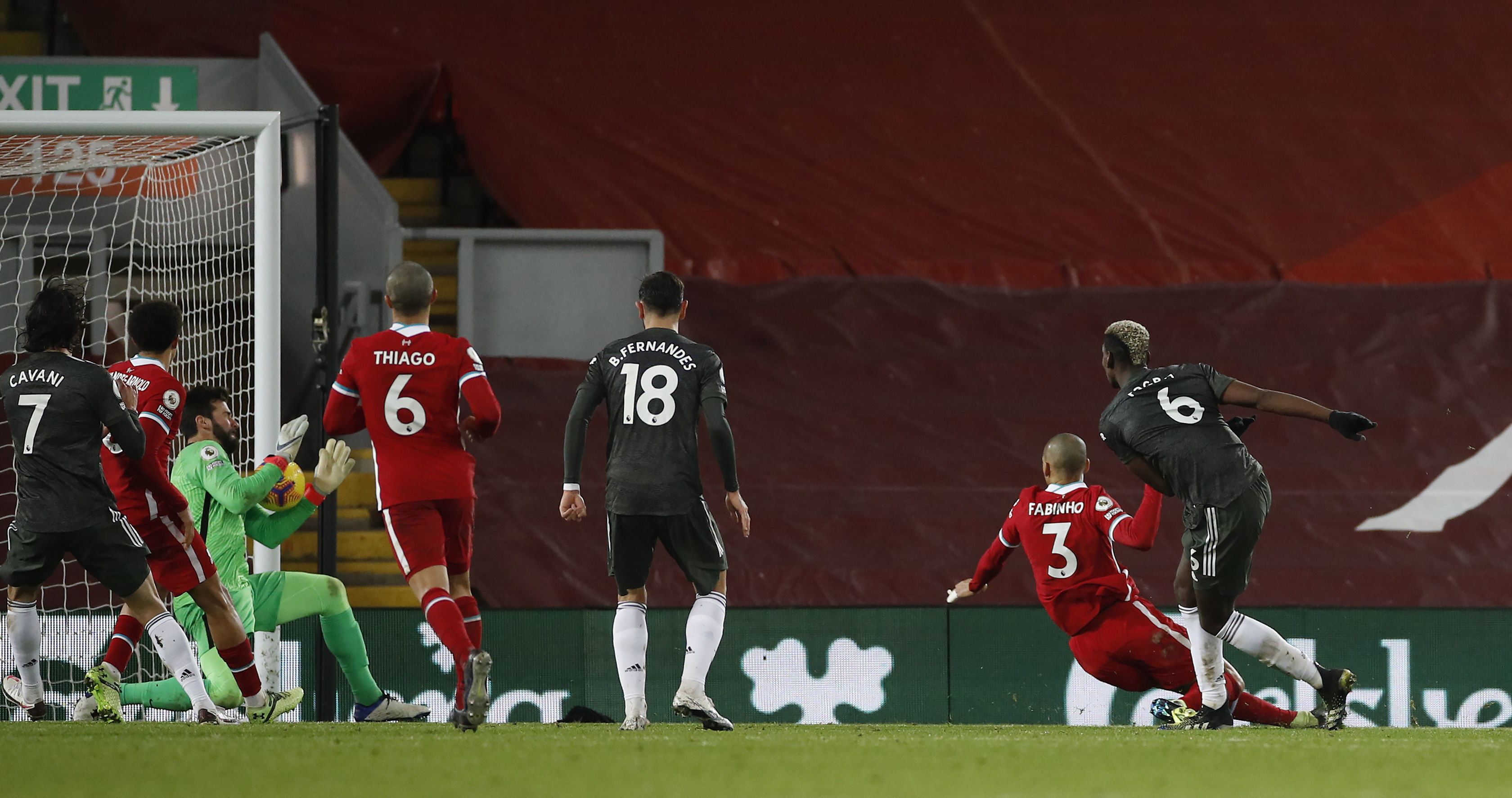 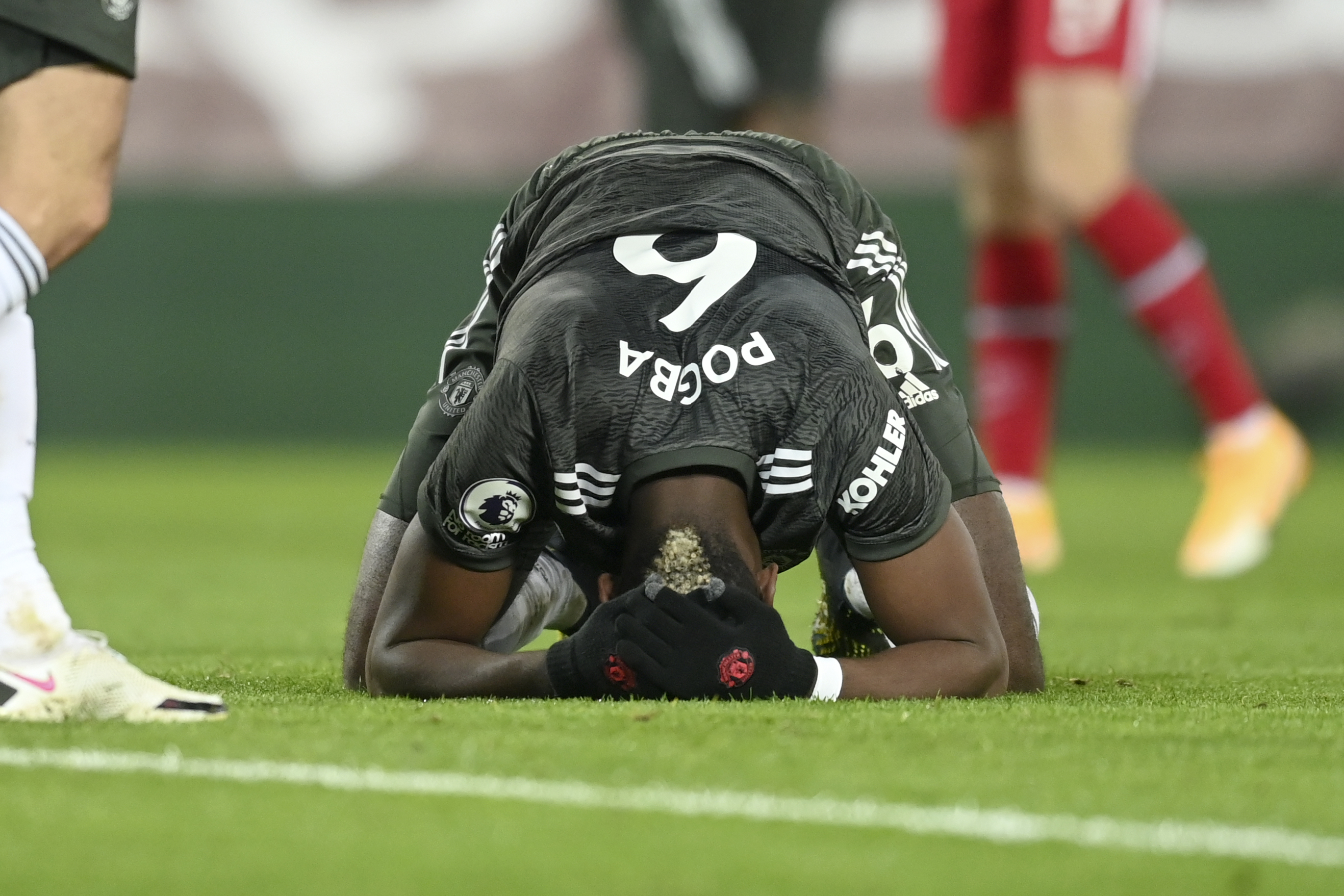 If this United team had been managed by Jose Mourinho, rather than the likeable Solskjaer, then we would have been bemoaning his bus-parking antics to the high heavens.

Yet this was a typical Solskjaer approach to a big match – he is turning into Mourinho with a boyish grin.

Liverpool are short-handed in defence and failing to click in defence.

They might have been there for the taking, had United believed.

As it is, only title favourites Manchester City can have been truly heartened by this.

It really ought to have been so different.

This was the champions against the league leaders. The most formidable home record in the country pitched against the best away record.

The two most successful clubs in English football history, with 39 titles and nine European Cups between them, and the bitterest of rivalries. 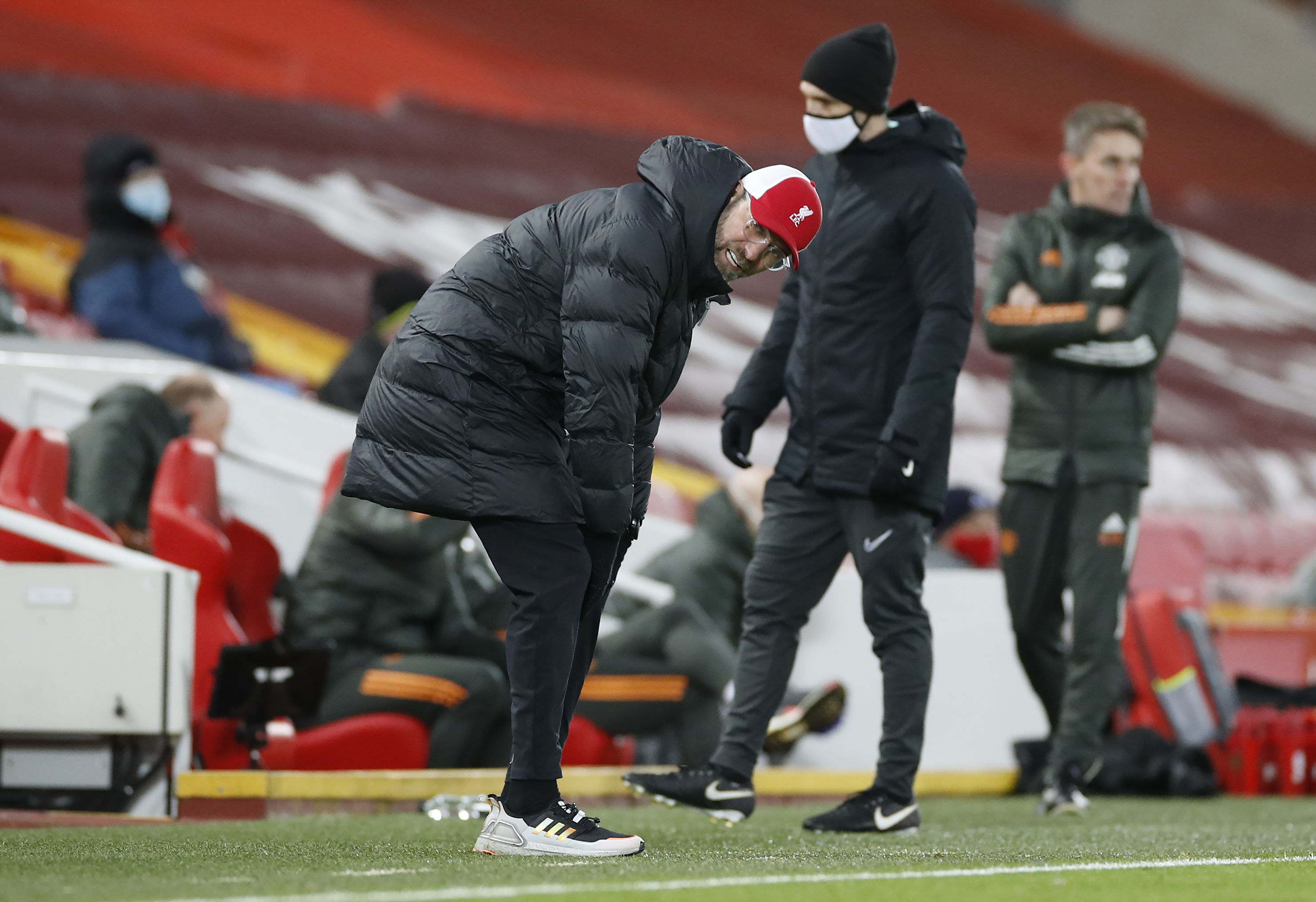 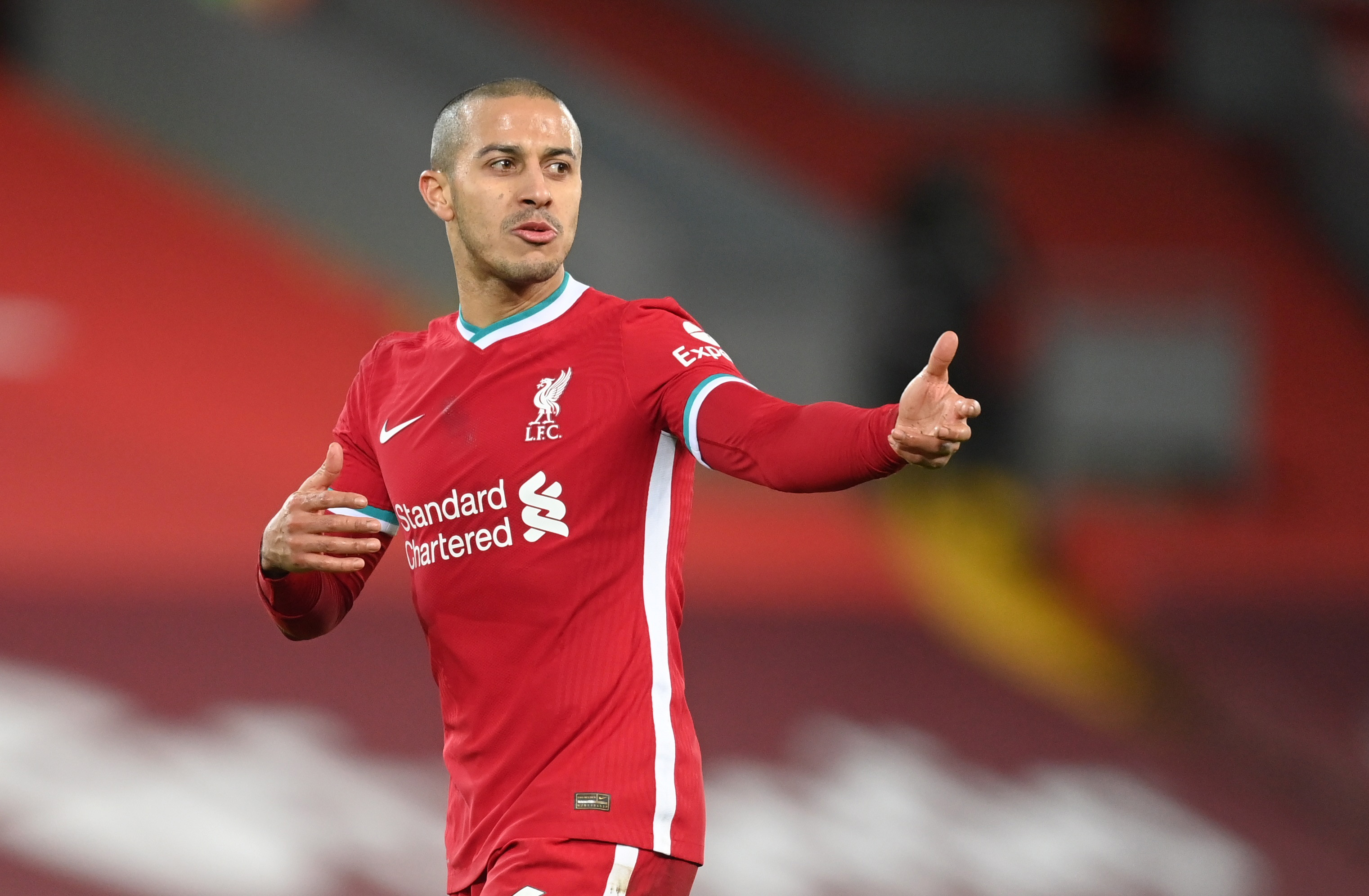 It was a proper red-letter fixture – and United heading into it with the momentum and the stability.

Eleven unbeaten in the league, including three straight single-goal victories which spoke of staying power.

Liverpool were without Joel Matip, as well as Virgil Van Dijk and Joe Gomez, leaving Jordan Henderson alongside Fabinho in prefab defence. There was a surprise start for Xherdan Shaqiri too.

But it was Liverpool who started with far superior passing and movement, Thiago Alcantara pulling strings on his long-awaited home debut and Shaqiri with a thrusting pass to supply Roberto Firmino, who shot wide.

United, who rarely start well, were passive and disjointed – Paul Pogba on the right, Anthony Martial on the left. While Liverpool’s square pegs in round holes were borne of necessity, United’s were chosen by Solskjaer.

Liverpool, fresh after a 13-day break since an elite fixture, were in United’s faces, forcing error after error, dominating without ever quite forcing a serious opening.

It took half an hour for United to even turn up but when Shaqiri tripped Luke Shaw, Bruno Fernandes whipped a free-kick just wide.

Even when they began to counter-attack more frequently, Marcus Rashford appeared permanently offside and the half-time whistle blew, neither keeper had made a meaningful save. 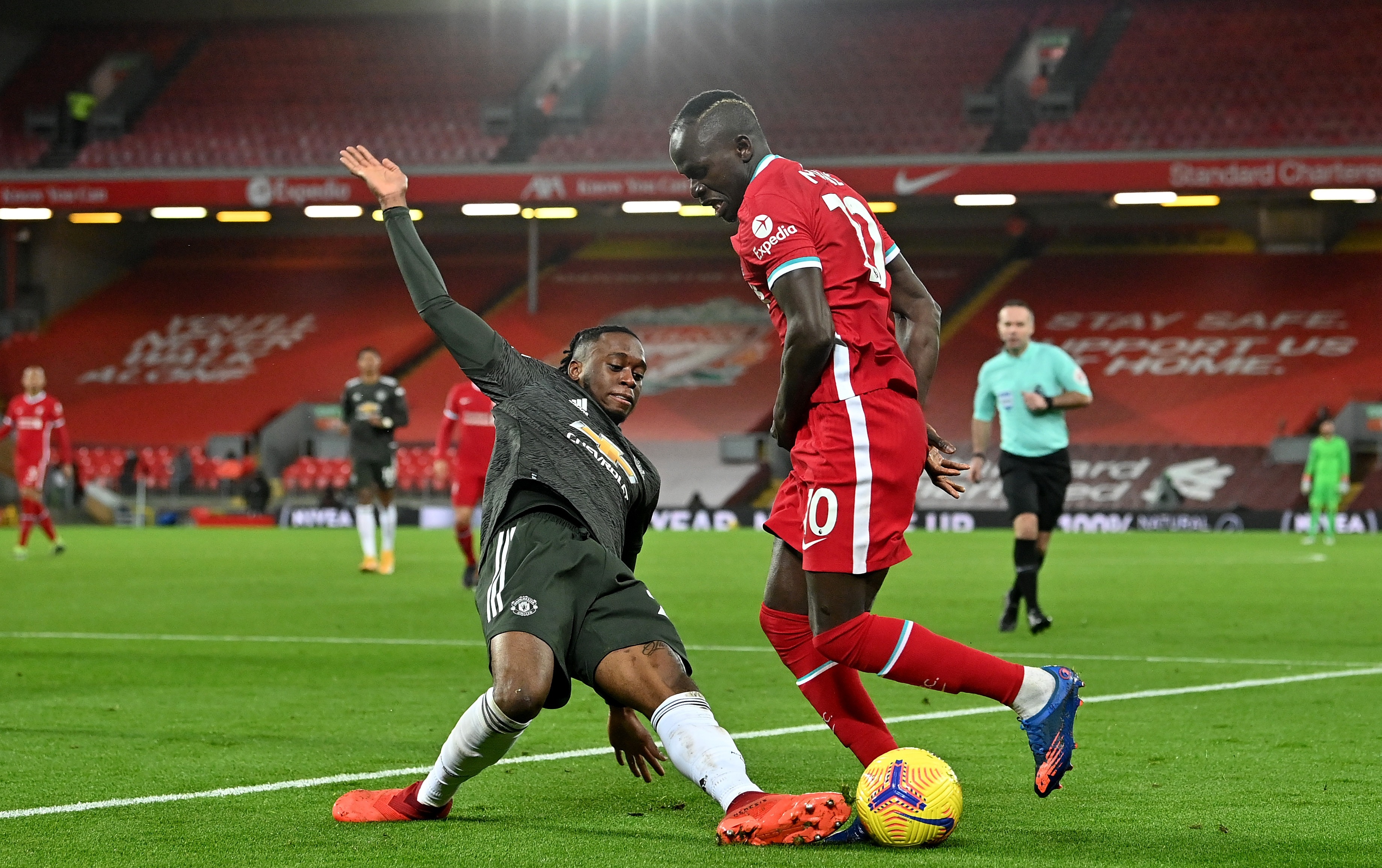 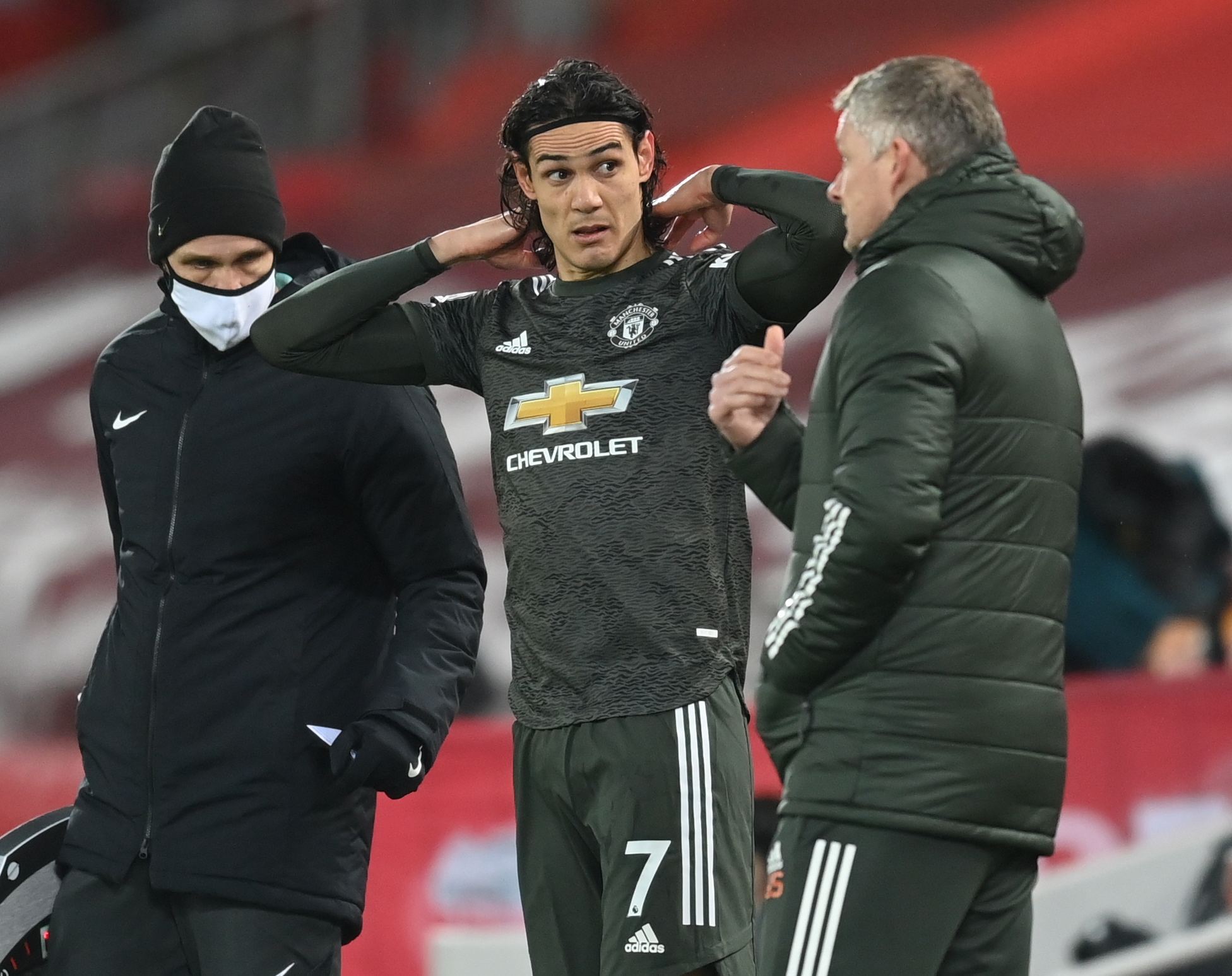 Early in the second half, the quality of passing on either side was becoming horribly ragged – Solskjaer attempted to gain some impetus by replacing Martial with Edinson Cavani.

Yet the standard of footballing was excruciatingly low – Fernandes completely wasting a free-kick from a promising position, Trent Alexander-Arnold conceding a ridiculous corner with a shocking back-header.

Finally after 75 minutes a genuine save, Rashford slipping in Shaw who cut back for Fernandes, whose shot was blocked by Allison’s feet.

And soon David De Gea was called into action when Thiago let rip from 25 yards and the United keeper leapt to push it away.

Then Aaron Wan-Bissaka drove forward and fed Pogba, whose shot was clawed away by Allison.

But after that brief flurry of goalmouth action, it fizzled out. What an absolute shocker of a game.