LINE OF DUTY star Ted Hastings has lent his name to a racehorse tipped to be the next big thing.

The AC-12 boss is famed for hunting down bent coppers and his catchphrases. 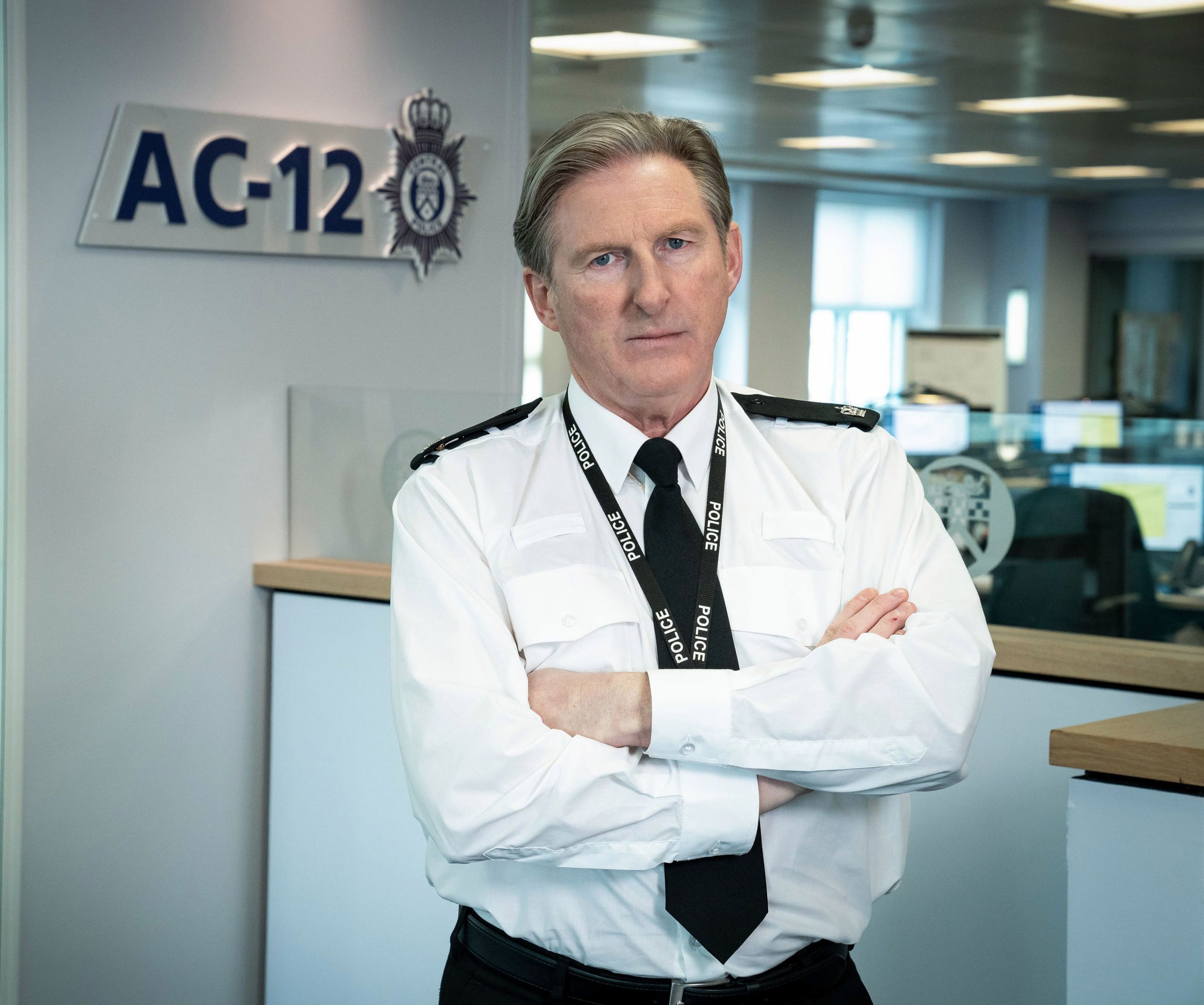 Hastings, played by Adrian Dunbar, had viewers in stitches in the last season of the BBC1 show with his line: "Jesus, Mary and Joseph and the wee donkey."

But it turns out one four-legged animal named in his honour is anything but a donkey.

Ted Hastings won a three-mile point to point in Ireland on his debut – one of just two finishers in a gruelling race.

Now Kildare-based trainer Peter Flood is putting the five-year-old horse up for sale with the hopes of seeing him flourish into a top talent.

Ted Hastings will go under the hammer in Wednesday's Spring Sale at Doncaster.

Flood told the Racing Post about the inspiration behind the name – and whether we could see a Steve Arnott or Kate Fleming in the future.

He said: "It was my girlfriend Zoe's idea. We thought he [the horse] was a good one and that we might give the name to a good horse.

"He won the race well and hopefully it might catch someone's eye.

"It all just happened by chance. It was funny the way it worked out but we'd both been following the programme for a long time."

Ted Hastings burst onto the scene at Dromahane track in County Cork, an early stepping stone for many top chasers.

And Flood said he hopes it proves so for his star horse as well.

He added: "Dromahane is the track to be at, all the good ones have come out there, but we liked him and thought if we got him there he'd do the job.

"He's athletic, he jumps and there's pedigree back along. He'll win plenty of races."

So, will we see more AC-12-themed names in the future? Maybe an Arnott, Fleming or even Ian Buckells?

Flood said: "We've got more into having a few younger horses, trying to sell them on, so you never know."