Limerick hurling manager John Kiely has urged patience as the GAA decide their next move when it comes to planning for the 2021 season.

The start date of the National Leagues, originally mooted for mid-February, has already been pushed back. And an announcement is expected in the coming days from the association, confirming a revised calendar.

Earlier this week, Ireland’s strictest level of lockdown was extended until March 5, and it remains unclear when Gaelic games will be permitted to resume.

“At the moment, we’re after having a really difficult six weeks as a nation,” said Kiely, speaking at the RTÉ Sports Awards.

“I’m not really in any major hurry to find out where we’re going. I’d rather they took their time and got it right, that when we do have a path forward, it’s a definitive path forward and not one that we’ll have to change or reset again at some stage in the future.

“We still have 11 months left in 2021. Let’s take our time, let’s get it right. And let’s make sure we do what’s right for the welfare of the players, and everybody that’s working around them. And what’s socially acceptable as well, and what’s socially needed.” 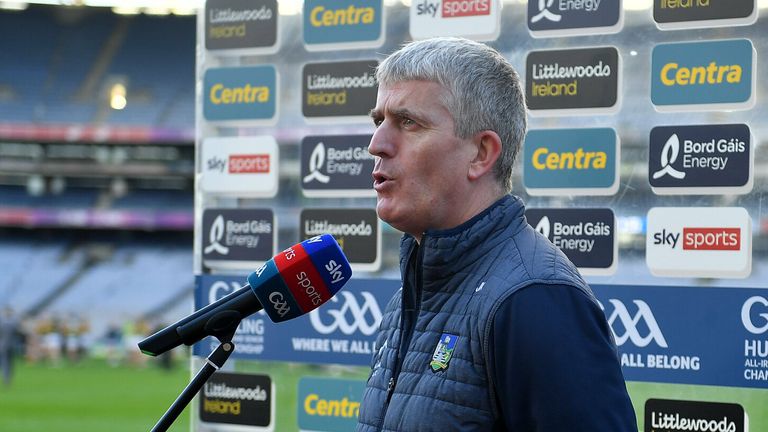 I’d rather they took their time and got it right.

And given how late in 2020 that the All-Ireland Championships concluded, Kiely feels that the break will benefit intercounty players.

“We’ll rest up. It’s good for the players. They’ll enjoy the break,” he noted.

“They don’t often get six, eight or 10 weeks where there’s no club and no intercounty on. So give them a chance to do their studies.

“Give them a chance to get through those aspects. And give us all a chance as a country to come out the other side of the battle we’re involved in at the moment.”

The Treaty hurlers will plan for their defences of National League, Munster and All-Ireland titles in 2021 without the services of Tom Condon, who announced his retirement from intercounty hurling on Thursday.