Hamilton, 36, edged closer to winning back the top spot in the drivers' championship standings win a second consecutive race win in Qatar. 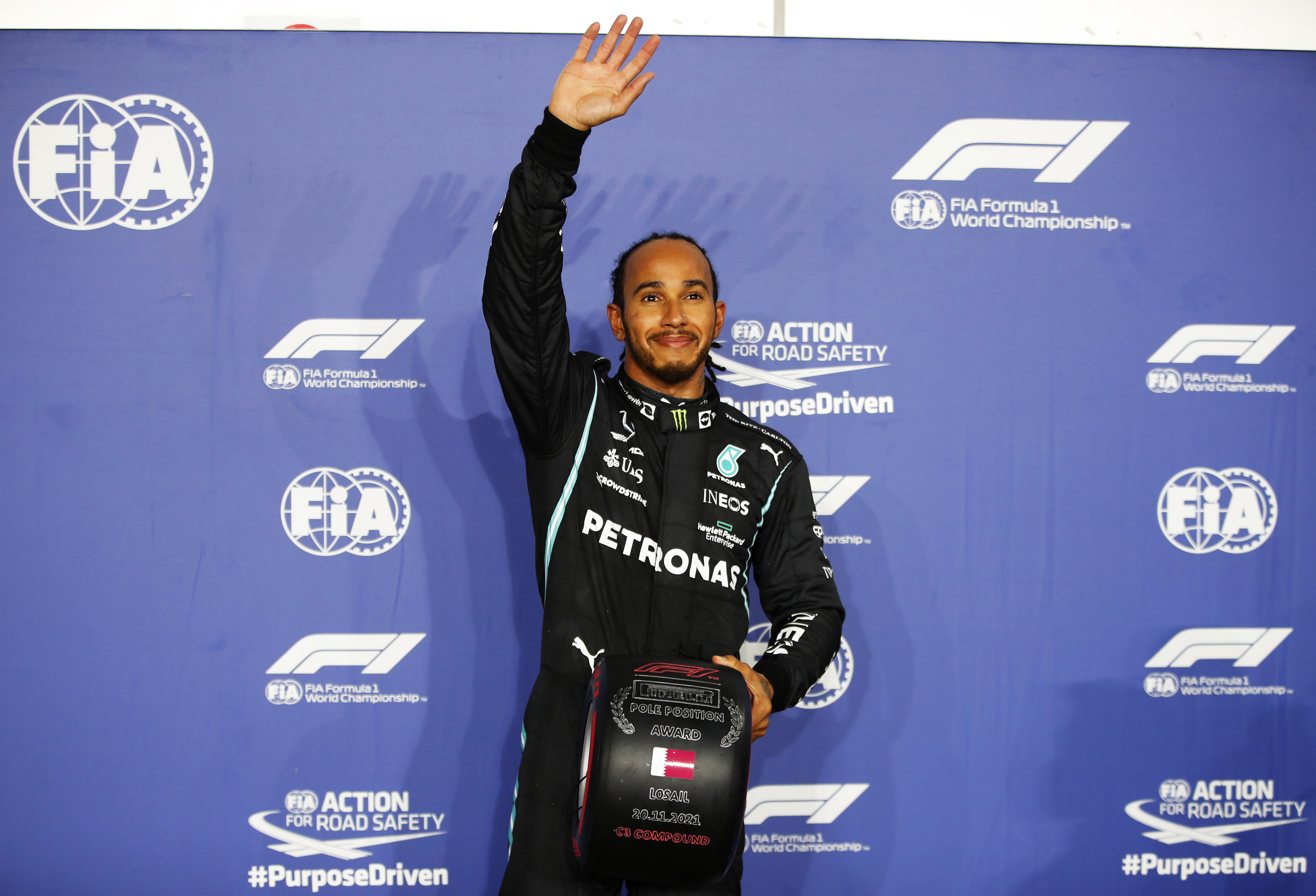 The seven-time world champion started on pole and got off to a strong start, showing his superior pace by maintaining his lead for the ENTIRE 57 laps.

Hamilton defended his lead with an assured drive, never allowing rival Verstappen to get within five seconds of him, despite conceding the fastest lap.

Verstappen got off to an excellent start by rising from seventh to second in just six laps, overtaking the likes of Pierre Gasly, Fernando Alonso and Lando Norris.

And despite having a solid race, a near-perfect drive from Hamilton to earn his 102nd Grand Prix win meant the Dutchman just couldn't get near him.

The win was Hamilton's seventh of the season and gives him the chance to seal his eighth world title with two more race wins in Saudi Arabia and Abu Dhabi.

The same outcome in Saudi Arabia would put the Brit level on points with Verstappen going into the final race, setting up a thrilling climax in Abu Dhabi.

Speaking after the race, Hamilton said: "It was a pretty straightforward race in the end and it was a great job by the team because we really needed the points today.

"To get back-to-back wins is a great feeling and sets us up well for the final two races."

Verstappen recovered incredibly well from his five-place grid penalty to battle back to second and earned an extra point with the fastest lap.

He remains ahead by eight points and successfully limited the potential damage that Hamilton could have caused had Verstappen failed to make the podium.

Speaking after the race, the Dutchman said: "Luckily we had a really good start. At the end of the day to get the fastest lap was very nice."

Fan favourite and Alpine racer Fernando Alonso bagged his first podium since Budapest in 2014 with a superb third-place finish, ahead of Checo Perez in fourth.

Alonso was voted driver of the day for his efforts in what was an triumphant day for Alpine, with Esteban Ocon also finishing in fifth.

In his post-race interview, a jubilant Fernando Alonso said: "It's been seven years but finally we got there [a podium finish]! I'm so happy for the team.

"The team were excellent and the reliability of the car is great at the moment. I've waited so long for this and I'm so happy!"

Hamilton's partner at Mercedes, Valtteri Bottas, had a nightmare race thanks to a disastrous start and things went from bad to worse for the flying Finn.

He suffered a puncture at turn seven on lap 34 and despite making it to the pit lane, he couldn't recover and ended up retiring in the 52nd lap.

There were a series of punctures late on with Nicholas Latifi and George Russell also suffering and Latifi also failing to complete the race.