LEWIS HAMILTON showed it is not just the chequered flag on his mind with a daring ensemble at the Tuscan Grand Prix.

The Formula One championship leader arrived at Mugello on Thursday wearing a chequered outfit with matching hat, shirt and shorts. 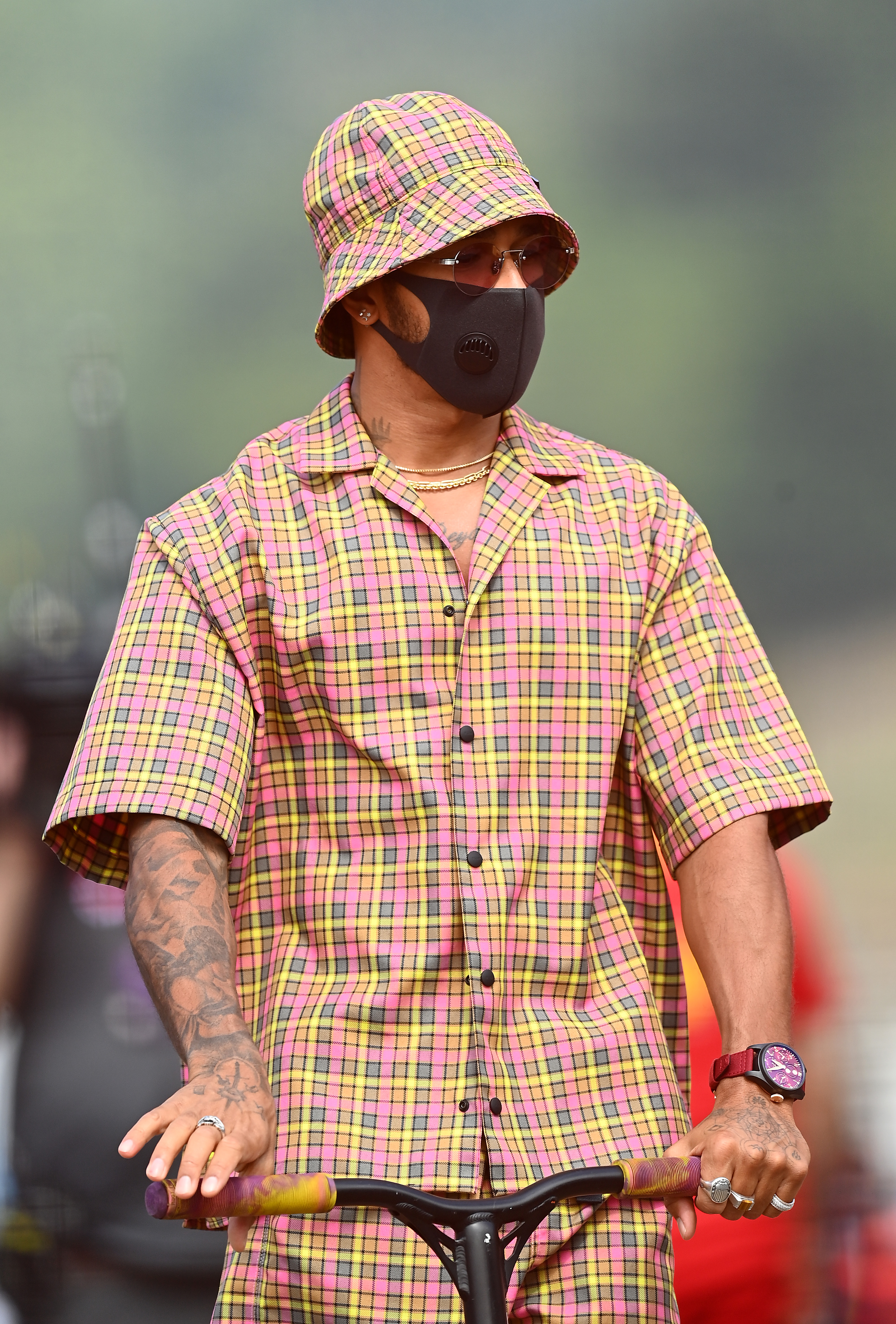 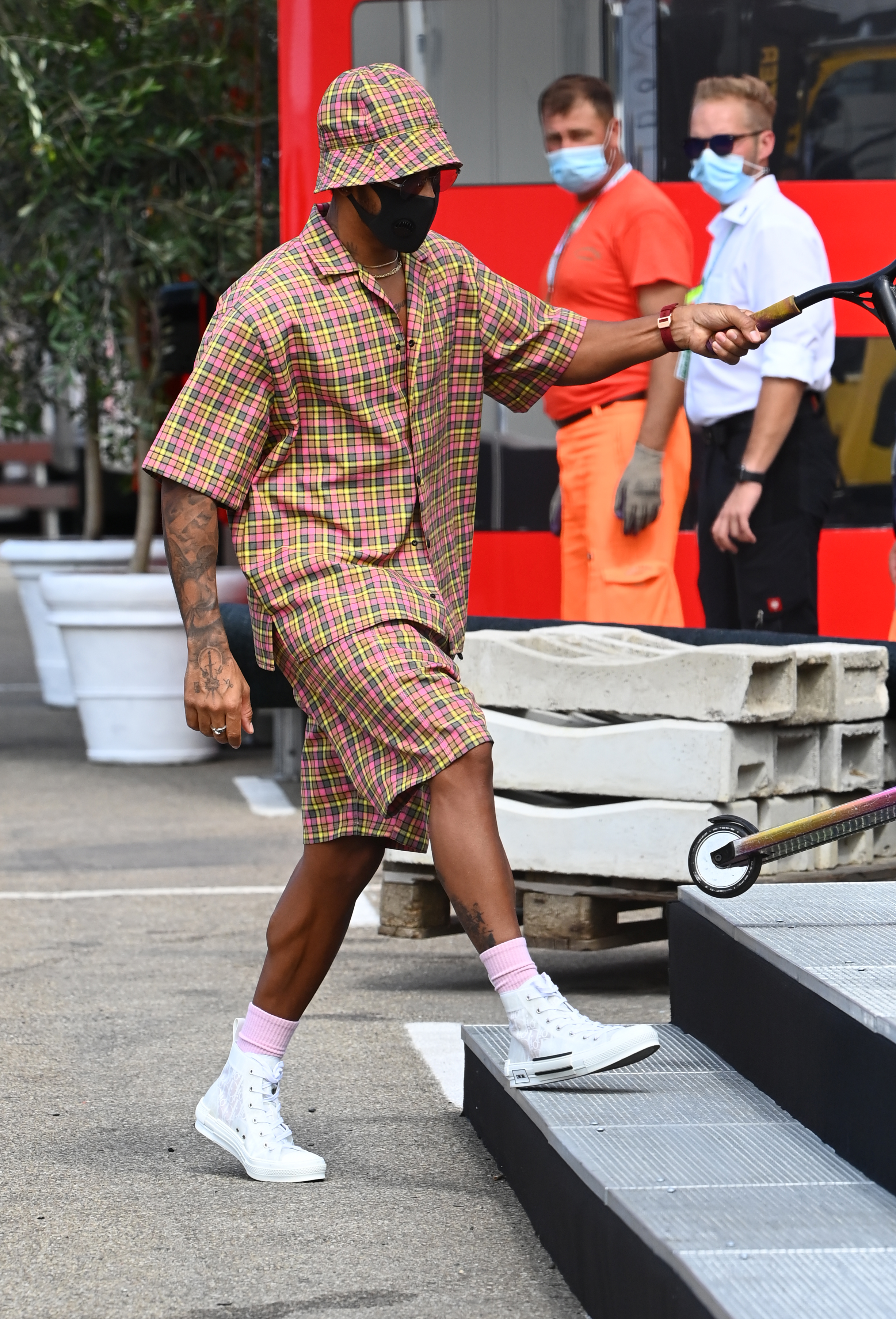 With the second Italian race of the season ahead, Hamilton is looking to bounce back after what appeared to be a straightforward run to first place last weekend turned in a pretty nightmare-ish outing.

A stop-go penalty, dished out for entering the pit lane after it was shut for safety reasons, left the Brit at the back of the pack in Monza.

Yet he turned it around to finish seventh and claim the fastest lap, miraculously maintaining a comfortable 47-point championship lead after bad weekends for Valtteri Bottas and Max Verstappen.

All eyes are now on the Mercedes duo for the Tuscan GP, even though the race at Ferrari's home track Mugello coincides with the Scuderia's 1000th GP.

Arriving at the track on Thursday, Hamilton was spotted donning an all-plaid outfit, with matching shorts, shirt and hat.

The 35-year-old, who has a sponsorship deal with Tommy Hilfiger, also wore tinted red sunglasses and a black face mask. 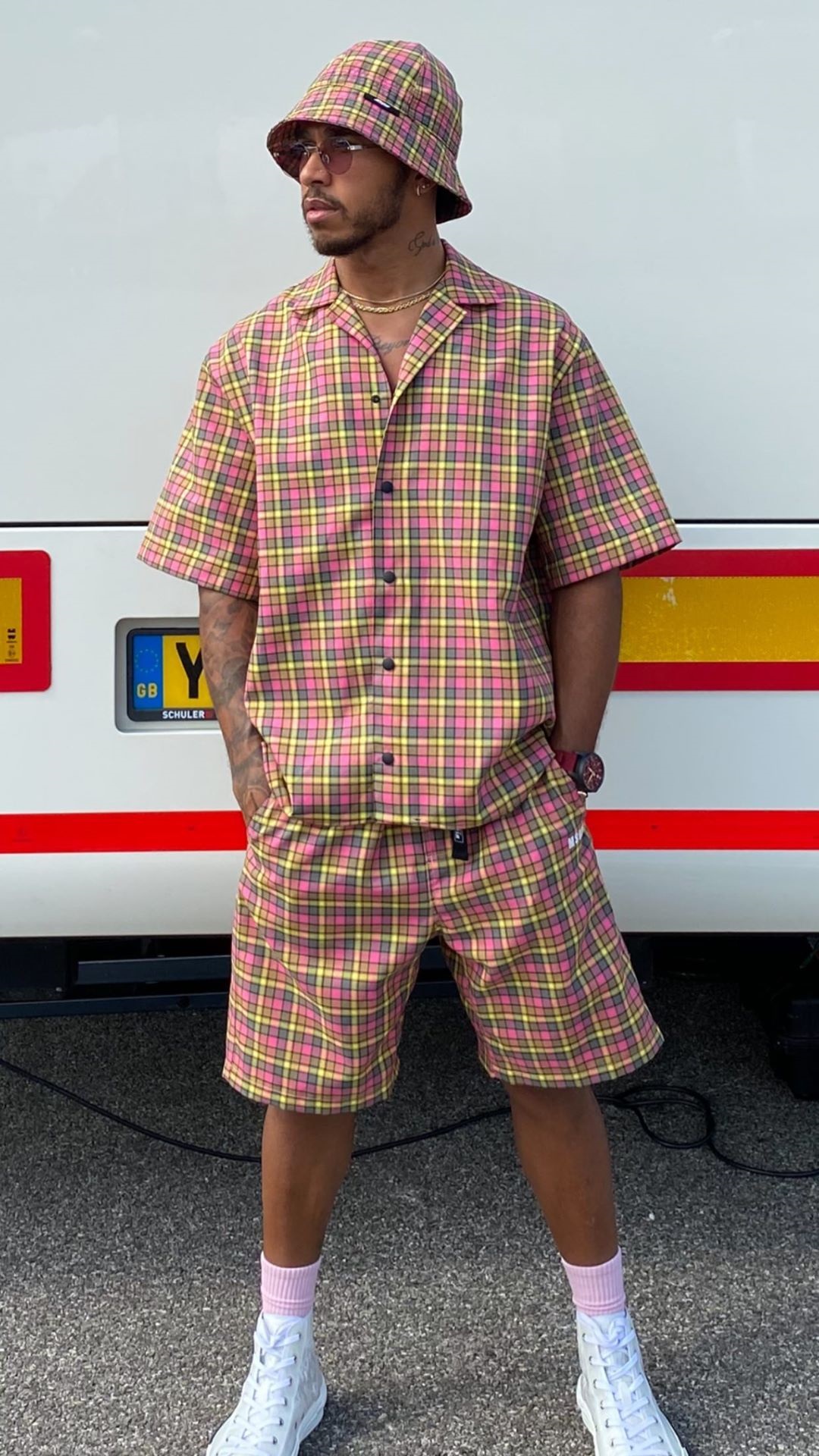 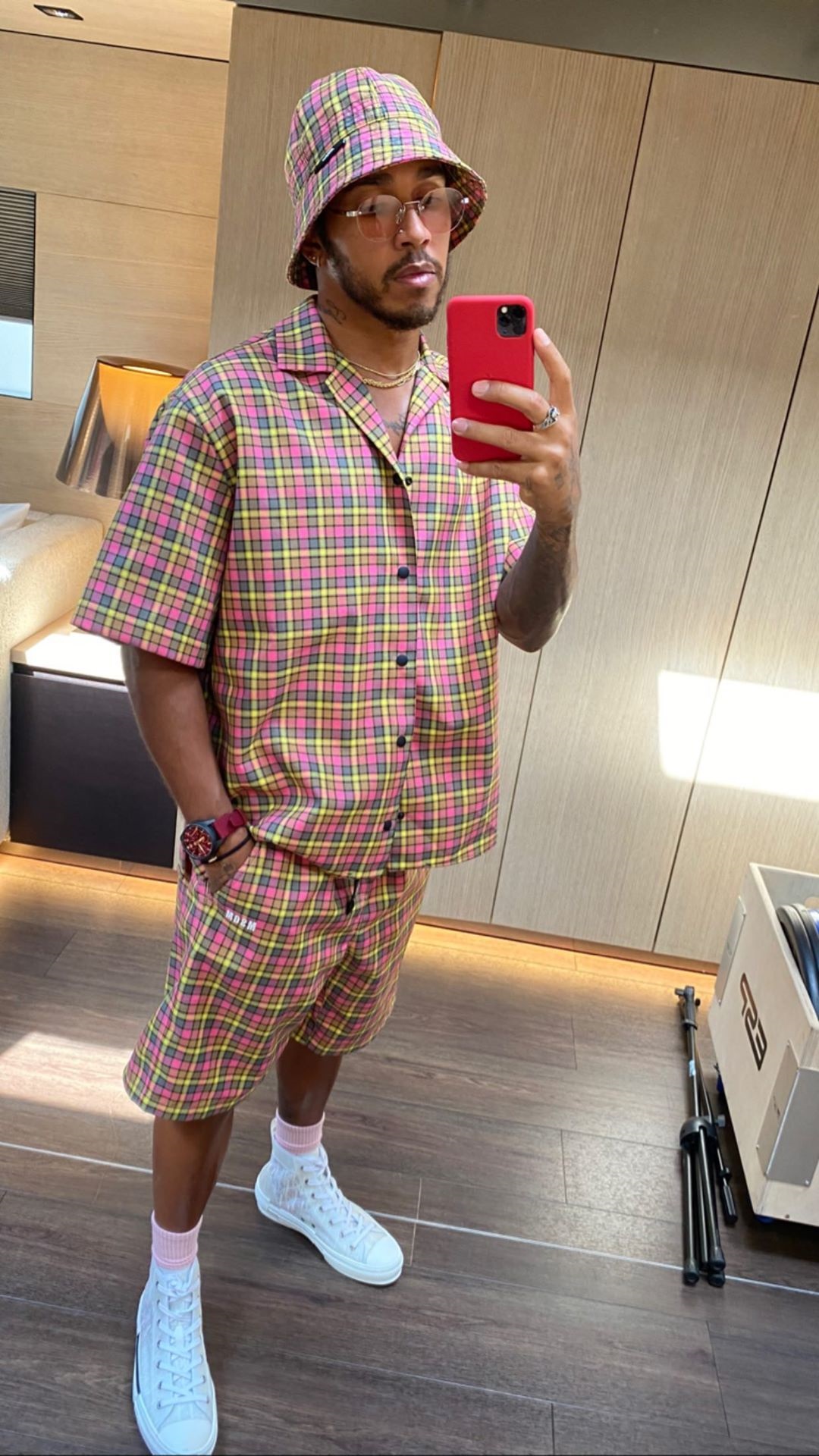 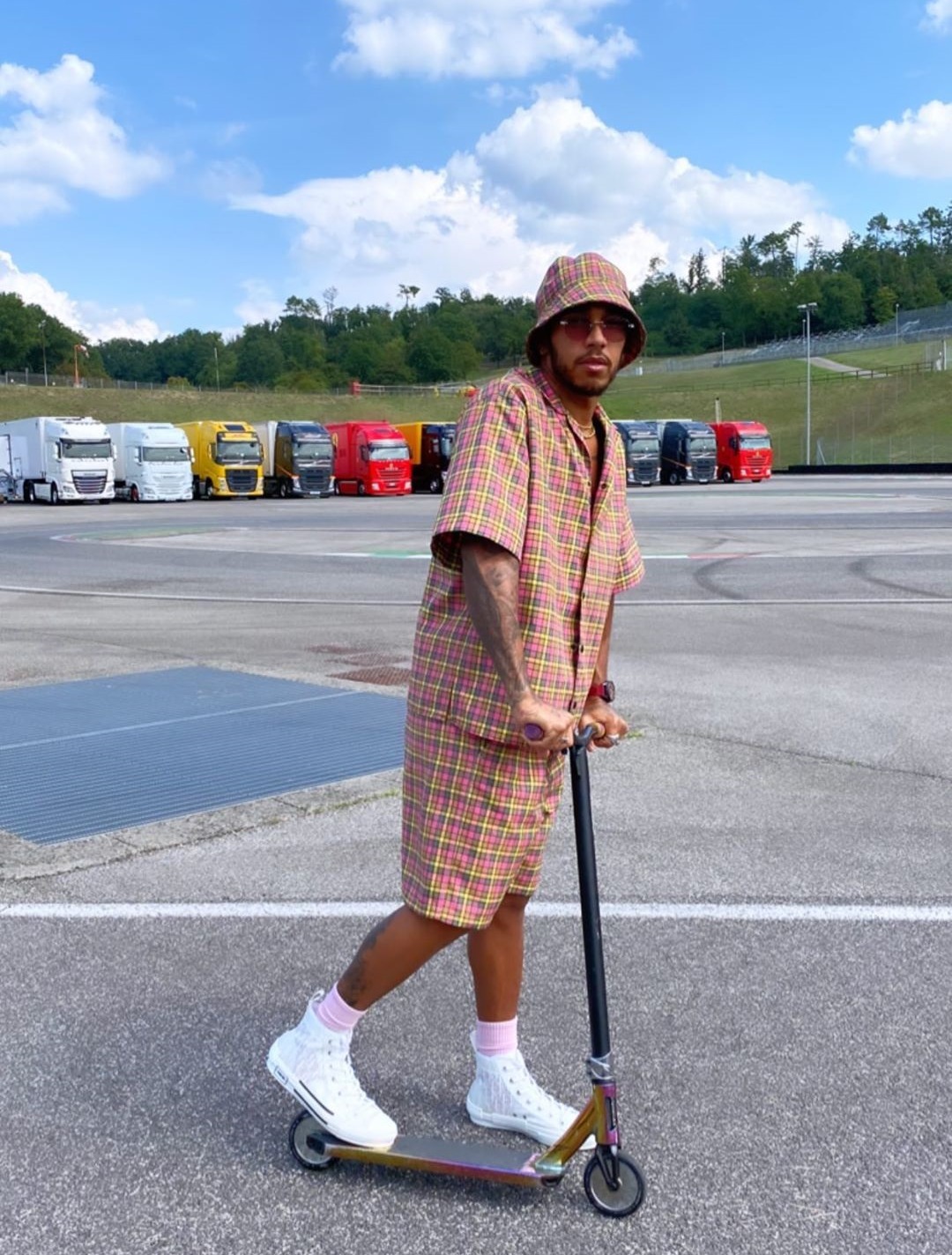 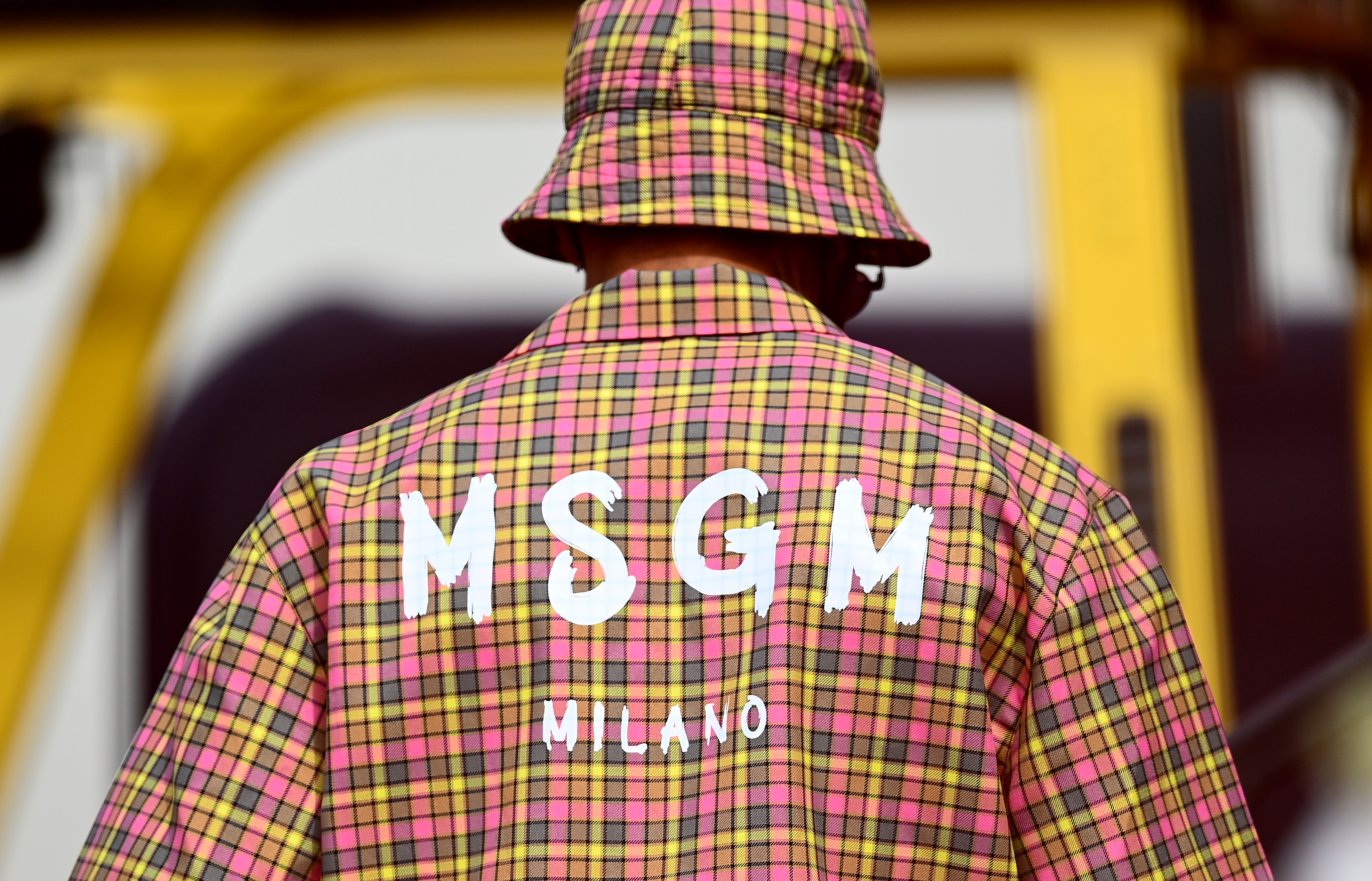 A scooter was Hamilton's vehicle of choice as he darted around the paddock.

Fans may remember the six-time world champ hopping on a scooter during the red flag period last weekend, as he sped off to argue his penalty dished out by the stewards.

In amongst F1's impromptu Italian stint, Hamilton has announced the creation of his own all-electric racing team.

It will feature in the Extreme E championship, which starts in January and will race in remote areas, while engaging with local charities to raise awareness of environmental issues.