WLADIMIR KLITSCHKO has tipped his old rival Anthony Joshua to unify the heavyweight division this year by beating the winner of Tyson Fury and Deontay Wilder.

The Ukrainian retired from boxing shortly after he was stopped by the Brit in the 11th round back in 2017 but the two have since remained good friends and often exchange advice. 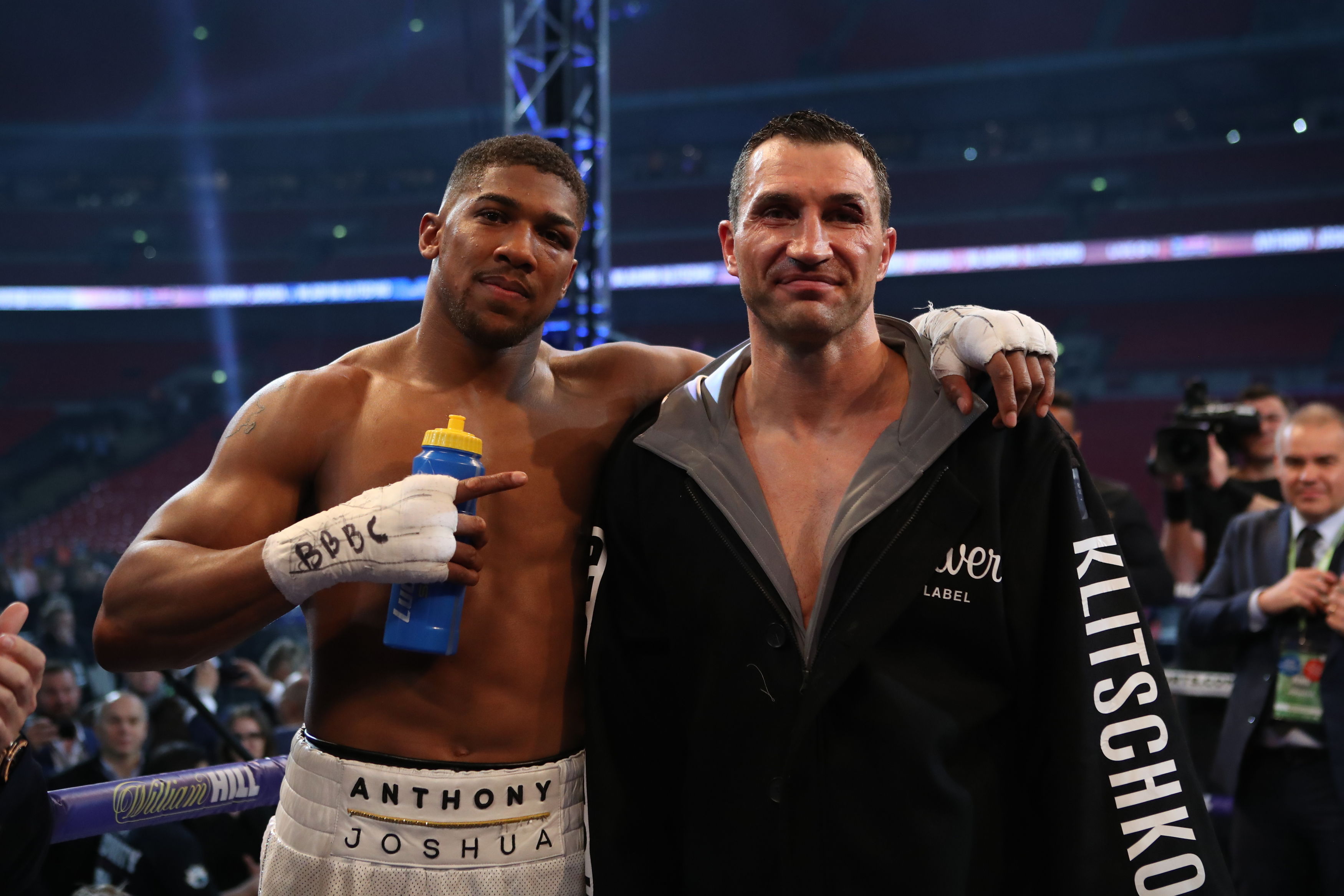 After suffering a brutal seven-round beatdown in June, Joshua was branded "the new Klitschko" for the way he beat Andy Ruiz Jr to win his three world titles back in December.

The 2012 Olympic Champion has since publicly called for a unification bout against the winner of Wilder's rematch with Fury.

Although the Bronze Bomber dismissed his heavyweight rival's comments, Klitschko believes this is the year it could happen.

He told The National: "Anthony is there, he bounced back, he’s going to get better through the negative experience with Ruiz, and we’ll see.

I think and I wish that eventually, Joshua is going to unify all of the belts. That’s the eventual plan.

"By the end of the year we might have a unified champion with all the belts.

"Most importantly, he’s a great guy, who carries the torch of this image of a heavyweight champion perfectly.

"I’m proud to call him as a friend, even though we were [rivals].

"And I think and I wish that eventually, Joshua is going to unify all of the belts. That’s the eventual plan.

"But until then, there’s going to be some bumps on the road. So let’s just lean back and enjoy it."

Joshua himself has backed Fury to defeat Wilder in their Las Vegas rematch to join him as world champion after February 22.

The Gypsy King was desperately unlucky not to have won WBC title in December 2018, with the Bronze Bomber’s two knockdowns doing enough to earn him a draw.