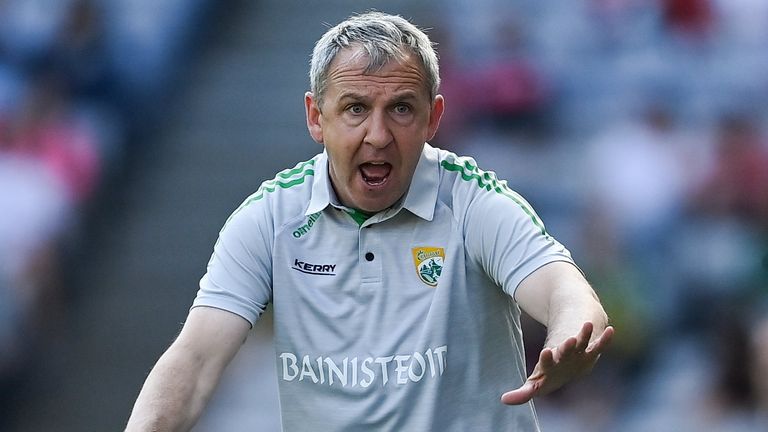 A golden opportunity has passed.

With the champions of the past six years eliminated, Kerry were odds-on favourites to progress to the All-Ireland final and regain the Sam Maguire Cup.

But the Munster kingpins were unable to seize their chance against Tyrone on Saturday, and it will be another winter of regret in the south-west.

Yet again, a big game at Croke Park has come and gone for Kerry, without a victory.

In fact, their recent record on Jones’ Road makes for stark reading: just one win from 11 games.

Their ‘drought’ without an All-Ireland title is also growing. They will face into 2022, having gone eight years without the national crown.

They are a county where success is demanded, and patience might run out.

Will there be a change in management?

Speculation has already started as to whether or not Peter Keane will be afforded more time. Having gone toe-to-toe with Dublin in the 2019 final under his tenure, Kerry have failed to return to the decider, unable to back up their favourites’ tag against Cork (2020) and now Tyrone (2021).

Success is not measured by National League or Munster titles in the Kingdom. Celtic crosses are the only currency bearing gravitas in the south-west.

Given that Keane has failed to deliver with this young talented panel up to this point, there may be clamour to change course.

“We came here today with an ambition of getting to a final and that’s eluded us. So there’s a lot of disappointment,” he lamented after Saturday’s defeat.

“Obviously one of the things we had been doing a lot throughout the year has been scoring goals. We had four opportunities today, didn’t come home with anything. You look at Tyrone, I think they had three goal opportunities and came away with three. Is therein the problem? We had 33 shots at the post and we got 22 points.” 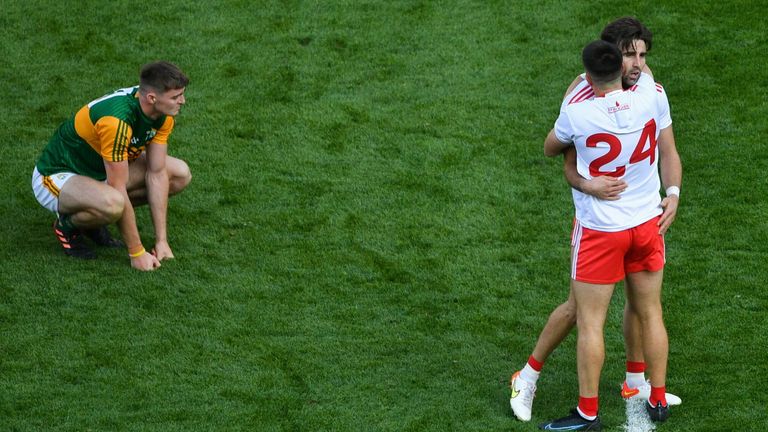 Another issue could be down to game management. The Kingdom enjoyed a numerical advantage for two 10-minute spells in the second half on Saturday, but failed to make it count on the scoreboard. Isolating those 20 minutes, Tyrone outscored them by a point.

Not unlike last November’s defeat in Pairc Uí Chaoimh, a lack of composure at crucial stages hurt this Kerry team.

“The turnovers, two of the goals came off turnovers so suddenly you are going this way and you get caught going the other way,” Keane said.

So will he return for a fourth year?

“A question 20 minutes after a loss here, it isn’t anywhere in the head at the moment,” he replied. “Look that is a conversation for another day.” 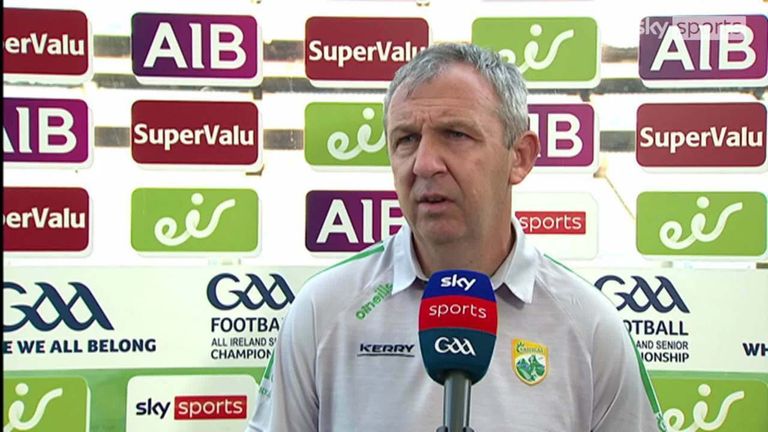 There will be no shortage of potential candidates, should Kerry GAA opt for a change of direction. Big names with several All-Ireland medals in their pockets have taken to the sidelines, with a diaspora from the county coaching elsewhere around Ireland in recent years.

“This is going to be a very tough pill to swallow for Kerry,” said Sky Sports pundit Jim McGuinness. “There’s no doubt about that. After last year, this is the one that they really, really wanted to set the record straight.”

But if 2021 has shown one thing about Kerry, they are no longer a coming team. They are not in transition anymore. This is championship-ready team.

So where did they fall short?

One common diagnosis as part of the post-mortem was that Tyrone were more battle-hardened this summer. The Red Hands benefitted from the stiff challenges against Donegal and Monaghan.

Kerry, meanwhile, were coming in somewhat cold, having swept Clare, Tipperary and Cork aside in recent weeks.

The provincial structures may no longer be a part of the championship in 2022, but should they remain, this is a hurdle which the Kingdom must clear in the coming seasons. If they enter a big match in the latter stages of the championship undercooked again, they will come up short once more.

With David Clifford, Sean O’Shea and co in their ranks, it still appears to be a matter of when, rather than if, this Kerry team will win an All-Ireland title over the coming years.

But another chance has slipped through their finger-tips, as focus turns to 2022.