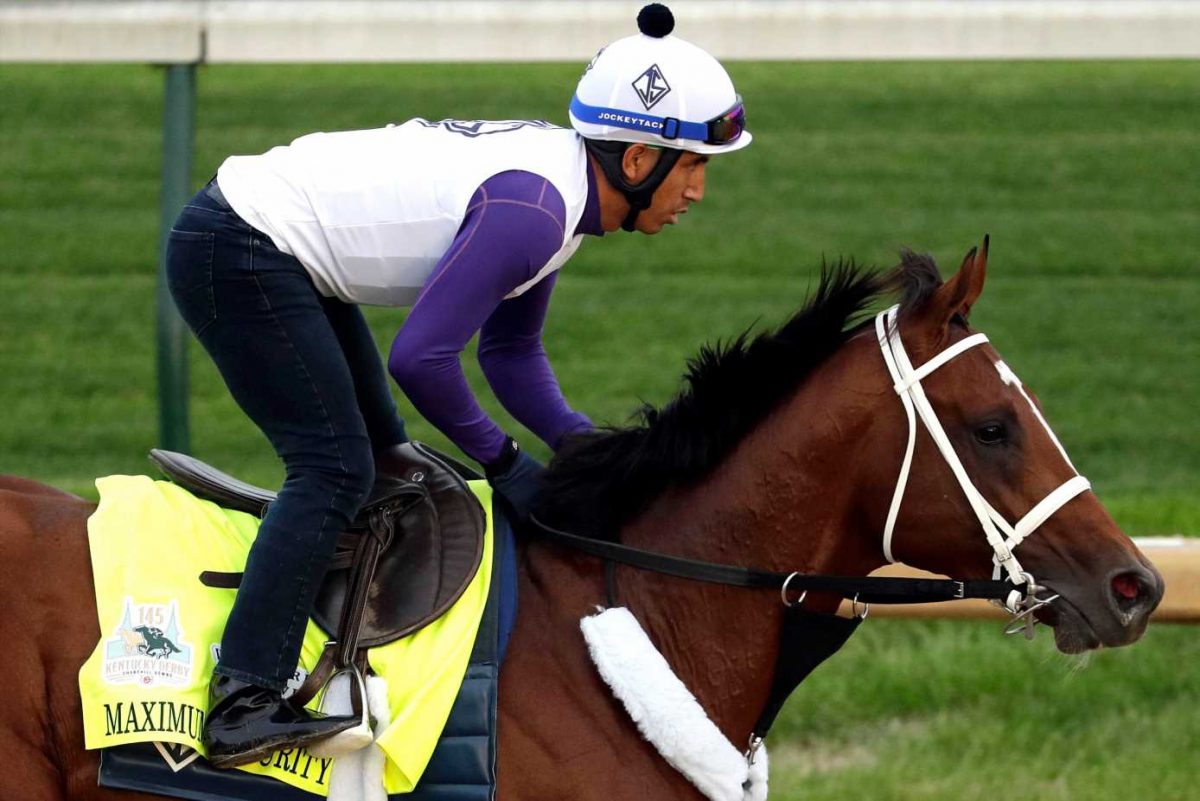 Saturday is the 145th running of the Kentucky Derby, and here are The Post’s staff picks in the Run for the Roses:

Roadster: May be best of Baffert’s trio after beating stablemate Game Winner in the Santa Anita Derby. Trainer stays with Geroux even though Mike Smith is now free to ride.

Game winner: Won every game as a 2-year-old, but is winless through two this year. Narrowly defeated in the Rebel then SA Derby but raced wide in each.

Improbable: The colt is one of three contenders trained by Bob Baffert, and the blinkers are coming off. Could give 2018 Eclipse Award-winning jockey Irad Ortiz Jr. his first Derby victory, and a sixth win for Baffert would tie him with Ben Jones for the most ever.

Maximum Security: Ran away with the Florida Derby on a loose lead. In a field without tons of speed, he could steal the race, giving trainer Jason Servis and jockey Luis Saez their inaugural Derby win.

Tacitus: Was able to rally and win the Wood Memorial after being bumped at the start — and with a field of 19, there is plenty of bumping that can happen in the Derby. Could give trainer Bill Mott, who saddled his first Derby starter in 1984, his first Derby victory.