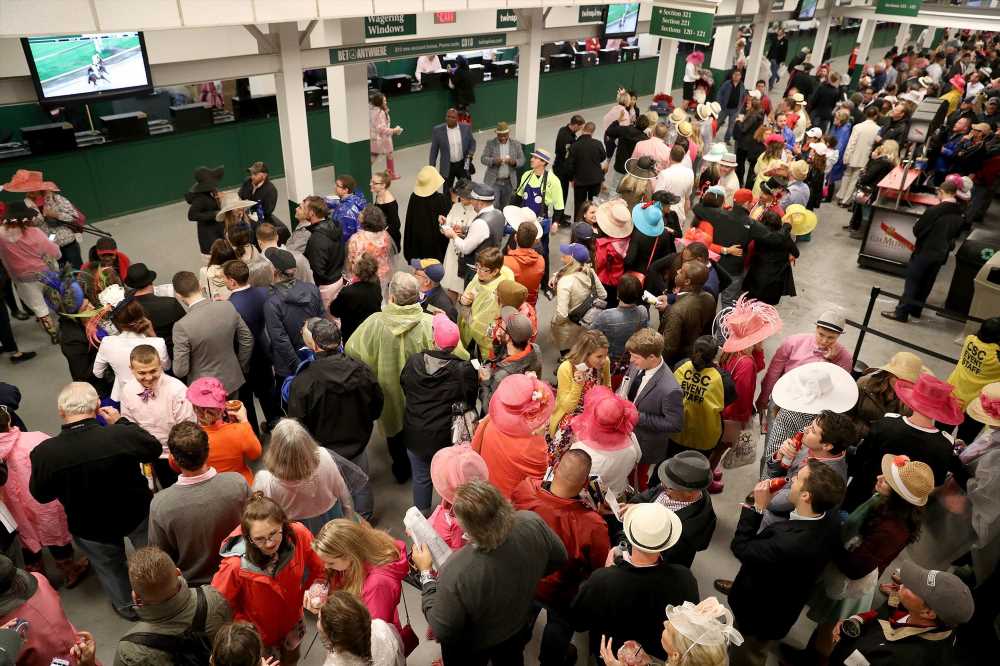 It’s the first Saturday in May, so here we go with the 145th running of the Kentucky Derby at Churchill Downs.

Maybe it’s seemed easy the last six years as the post-time favorite has won the Run for the Roses. But if you’re just going to play the favorites, this isn’t the Derby preview for you.

I know for a lot of people, this is their only horse-racing bet of the year and they want to come out ahead no matter how small the payoff. With the scratch of 4-1 morning-line favorite Omaha Beach, that just means the rest of the masses are going to be jumping on the other top contenders, particularly the trio from the barn of five-time Derby-winning trainer Bob Baffert: No. 16 Game Winner (6-1) [all odds as of Friday night], No. 5 Improbable (5-1) and No. 17 Roadster (9-1).

But trust me, that’s not how to bet the ponies in the long run.

In handicapping this year’s Derby, I want to take you back to 2005, because it reminds me of Saturday’s race. There was a ton of early speed in the race, and I knew it would set up for a deep closer. For me, it came down to Wilko or Giacamo. Unfortunately, I landed on Wilko as my top choice (in retrospect, I was biased because he had cashed for me at $58.60 in the previous fall’s Breeders’ Cup Juvenile), but I was smart enough to also bet Giacamo at 50-1. That’s a lesson that you can bet multiple horses to win (usually a no-no) in big fields such as the Derby.

We have that same scenario this year.

The last five Derby winners have been running in the top three after the opening quarter mile. All the jockeys know this, so I’m convinced all of those on speed horses will be gunning for the early lead and setting suicidal fractions.

No. 1 War of Will gets to break from post No. 2 now with the scratch of Haikal on Friday morning, and that will make it easier for him to get to the lead on the rail, where he’s likely to be joined by No. 5 Improbable, No. 6 Vekoma, No. 7 Maximum Security and maybe even No. 19 Spinoff if he can cut over from the far outside.

I don’t think the jockeys will be able to hold back these fractious 3-year-olds. If you see the opening quarter mile in 22 seconds or even 23, you’ll know I’m feeling even better about my chances for one or more of my closers.

Now, I’m a firm believer in doing your own handicapping and finding “your” horse, but if you’re going to follow with my picks, please don’t share them with too many people as we don’t want to kill our parimutuel prices, right?

My top value play is No. 4 Gray Magician at 29-1. No horse has run in the UAE Derby in Dubai and then won the Kentucky Derby (which is why you haven’t seen anyone else touting him, which is fine with me as I love when I’m contrarian) but his closing kick in that race would put him right in the mix Saturday and his chances are way better than 50-1. He’ll help light up the tote board if he just gets in the money.

Also note that Gray Magician will break from the No. 5 gate, which has produced 10 Kentucky Derby winners, the most of any starting position since the race began using a starting gate in 1930.

Two other closers I love are No. 14 Win Win Win (14-1), who Lost Lost his last two races but has been closing consistently, and No. 3 By My Standards (14-1), who has rallied to win his last two races after losing his first three career races, so he’s an improving youngster with a big upside. And I guess if I love Gray Magician, I have to include No. 9 Plus Que Parfait (50-1), who beat him in Dubai.

If you’re looking for a “more logical” winner, my preferred horse among the top contenders is No. 8 Tacitus at 5-1. He came from far back to win his last two races in the Tampa Bay Derby and Wood Memorial and should be closing with my long shots, so I’m definitely using him in my exactas, trifectas and superfectas.

And I wouldn’t blame anyone for throwing in No. 16 Game Winner and/or No. 5 Improbable in the exotics just in case they stick around to finish in the money with our price plays.

But in the end, hopefully it’s our long shots that hit the wire first and while everyone around us is tearing up tickets and blaming the jockeys, the weather or the racing gods, we’ll be saying “Yep, we played it right” and laughing all the way to the bank.