KATIE TAYLOR insists she will not stop fighting until female fighters earn pay parity with their male counterparts.

The Irish Olympic icon and undisputed lightweight queen has made a fortune from her amateur and pro achievements. 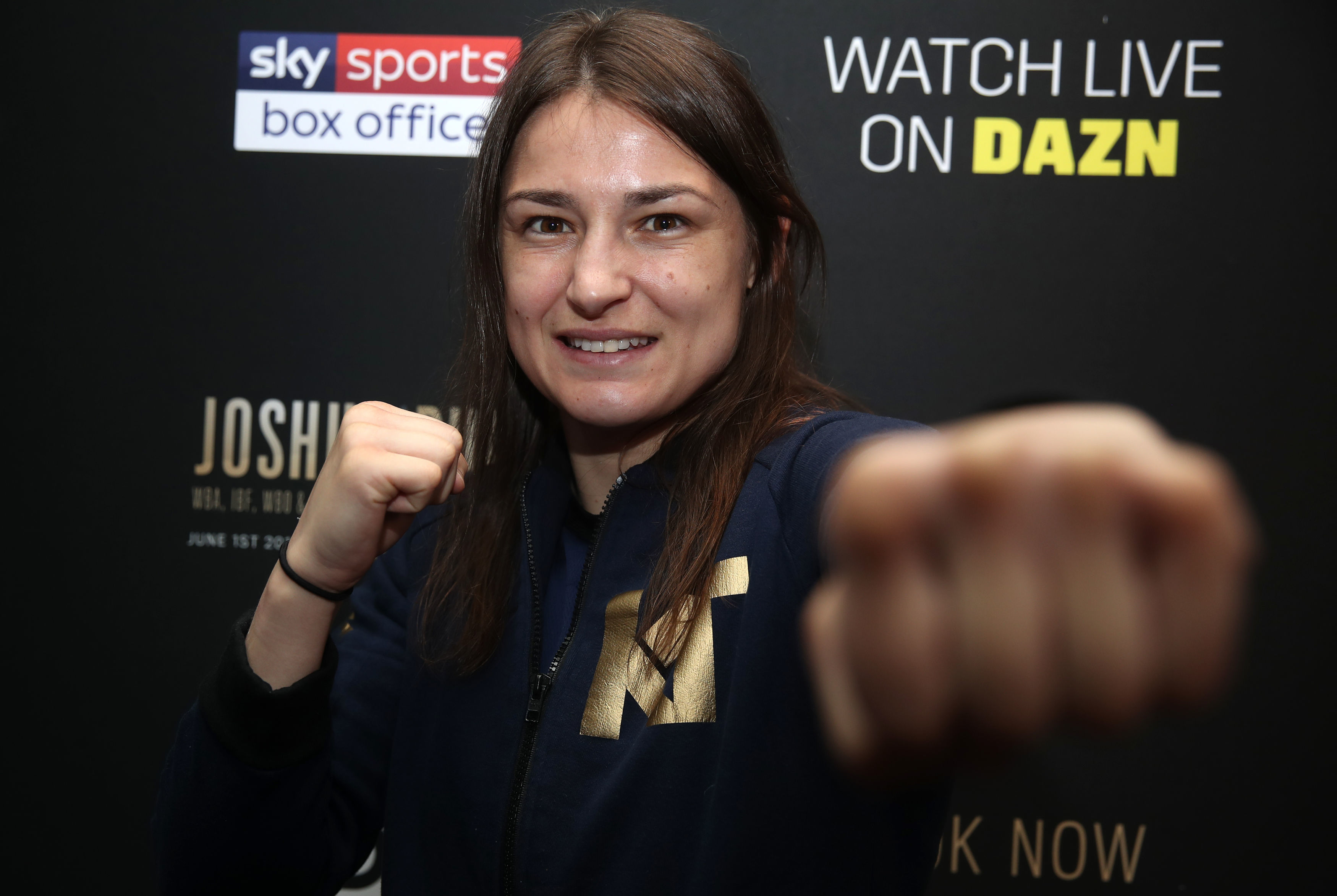 But the 34-year-old has not forgotten her sisters in arms also battling to get the women's game on a level playing field.

Ahead of her latest defence against Spain's Miriam Gutierrez on Saturday at an almost-empty Wembley arena, the London 2012 winner said: “I want those young girls coming up to be multiple-time world champions and multiple-time Olympic champions.

“I want to inspire the next generation to dream big dreams. I just want those young girls to know they can do the same and even better than I've done.

“I'd love to see the fight purses rise a bit more as well. People are genuinely interested in women's boxing now.

“We have made great ground with purses in recent years and I hope that continues as well. I just want to shine a good light and have people talking about these fights for years to come.

“I am personally very happy with the purses I have received but I wouldn’t say no to a rise either!

“I feel very privileged but I know the pay is comparatively very low to what the men get but we are building on that and have done great things in the last few years.”

The Wicklow warrior headlines an Eddie Hearn show alongside two other female world-title fights, the first show of its kind, supported by a couple of male undercard fights.

And the glass-ceiling shattering feat might be one of the final leaps Taylor makes before making a crossover into the MMA world for another stint of groundbreaking.

Former UFC champs Chris Cyborg and Holly Holm – as well as reigning two-weight boss Amanda Nunes – are three of the most high-profile female martial artists on the planet.

And softly spoken Taylor has revealed she is interested in a cross-sport showdown with at least one of them.

The Bray ace said: “I would be very open to fighting Chris Cyborg if people want to see that.

“I cannot imagine myself fighting in a cage and I would be clueless on the floor so I would have to do a lot of wrestling and jiu jitsu training.

“I am not too sure how the fight happens but I am very happy to step in the ring with her.

“From the MMA world, I only really know Cyborg, Amanda Nunes and Holly Holm, the big names who are potential opponents.”

Back in the bubble in London for fightweek and staying sharp for Saturday night! #TaylorGutierrez