JOSE MOURINHO has brutally trolled Liverpool and Steven Gerrard on the seventh anniversary of the midfielder's infamous 'slip' at Anfield. 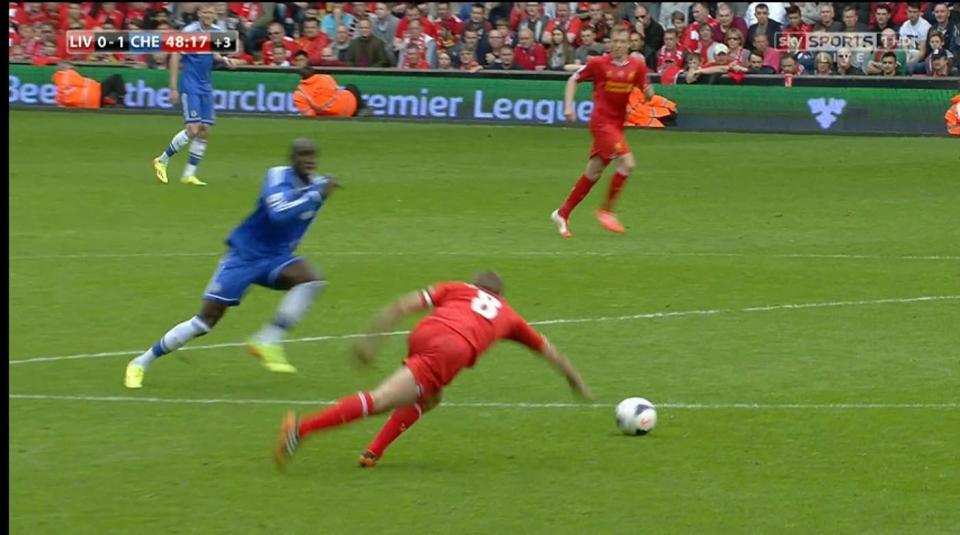 There were three games left in the season when the Blues came to town.

Liverpool were on an 11 game winning run and sat five points ahead of the West Londoners and three points clear of eventual champions Manchester City who had a game in hand.

The Reds knew a draw would be a good result and a win would knock the Blues out the title race.

And aware of both those things, Mourinho set up to frustrate Brendan Rodgers' side.

After a cagey first-half, the score was 0-0 approaching stoppage time before the break.

But in injury time Gerrard miscontrolled a pass by Mamadou Sakho and slipped trying to rectify the mistake.

Ba raced through to open the scoring before Chelsea doubled their lead and wrapped up the points through Willian in second-half stoppage time.

City went on to win the league – winning all their remaining fixtures after Liverpool threw away a 3-0 lead at Crystal Palace to draw 3-3. And Mourinho was quick to remind Reds fans of the historic day.

He uploaded a picture of Gerrard trying to wrestle the ball from him during the game.

Elsewhere, fellow Reds legend Jamie Carrager revealed details of his X-rated first meeting with Mourinho – and hailed him as 'one of the greatest coaches of all time'.

The Special One was sacked by Tottenham last Monday less than a week before the Carabao Cup final where the North Londoners failed to end their 13-year trophy drought.

And writing in his column for The Telegraph, Liverpool legend Carragher reminisced on the first time he locked horns with the Portuguese during his early Chelsea days.