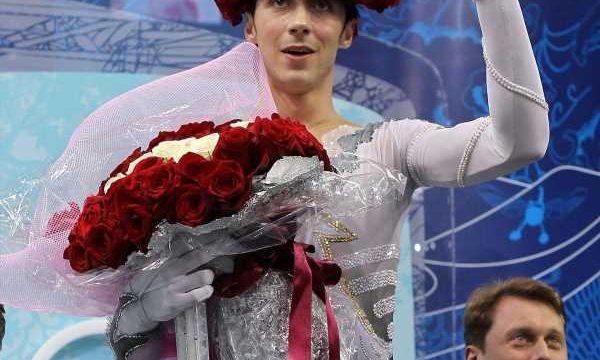 Two-time US Olympic figure skater Johnny Weir has never been afraid of owning the spotlight.

He went viral after he skated to Lady Gaga’s “Poker Face” in 2010 at the US national championships, and off the ice, he was an early, openly gay top athlete, helping open the door to the nearly 200 openly gay athletes who competed in Tokyo this year.

That confidence continued on Sunday, when Mr Weir had a sharp response for Jenna Ellis, the former Trump legal adviser, who lashed out against the skater and NBC commentator with vicious homophobic attacks for wearing a flamboyant outfit to the closing ceremony.

To take in Sunday’s closing ceremonies in Tokyo, the two-time Olympian, who competed in 2006 and 2010, wore a silky, cream-coloured suit with pointy white boots and an up-do featuring a massive hair clip in the shape of the Olympics logo.

Ms Ellis, who helped lead a series of spurious challenges to the 2020 election results, commented on the post and said, “Bring back the days when boys cared about growing up to be actual men. Biblical masculinity over woke fragility.”

“The man I’ve grown into is a human that embraces the strength of the man & woman who raised me to be myself.

“If you feel squashed by the boot of someone else’s beliefs, remember you are free to live your life the way YOU believe. Also, religion isn’t an excuse for hate.

Ms Ellis doubled down on the violent rhetoric, later posting a tweet about how Mr Weir would need to “answer to God” for his “casual perversion”, later telling Business Insider that she takes issue with the figure skater for advocating for LGBT+ rights and visibility, which she calls “mainstream desensitisation to perversion”.

The headline grabbing right-wing rhetoric is nothing new for Ms Ellis, who was a key player in Mr Trump’s unsuccessful effort to overturn the election results and is now a commentator on Real America’s Voice News, an upstart, even more conservative competitor to Fox News.

She is currently a special counsel at the Thomas More Society, a conservative legal group that opposes same-sex marriage and abortion, and Ms Ellis left the Republican part in July, arguing it wasn’t sufficiently conservative.

Following reporting that a top Republican National Committee official called Ms Ellis’s campaign legal tactics a “joke”, Ms Ellis said in July she was done with the GOP because it “has failed Donald Trump and true conservatives under swamp leadership”.

Initially, Ms Ellis cited her Christian belief as a reason she opposed Donald Trump when he was a candidate. Reporting from CNN’s KFile has uncovered remarks where she slammed the former president as a narcissistic “idiot” and “fascist” who wasn’t a “real Christian,” and made “disgusting” comments about women. She later supported him once he won the nomination.

Ms Ellis is currently the chairwoman of the American Greatness Fund, an ostensibly non-partisan election integrity group comprised largely of former Trump supporters who backed the former president’s conspiracies about the election.