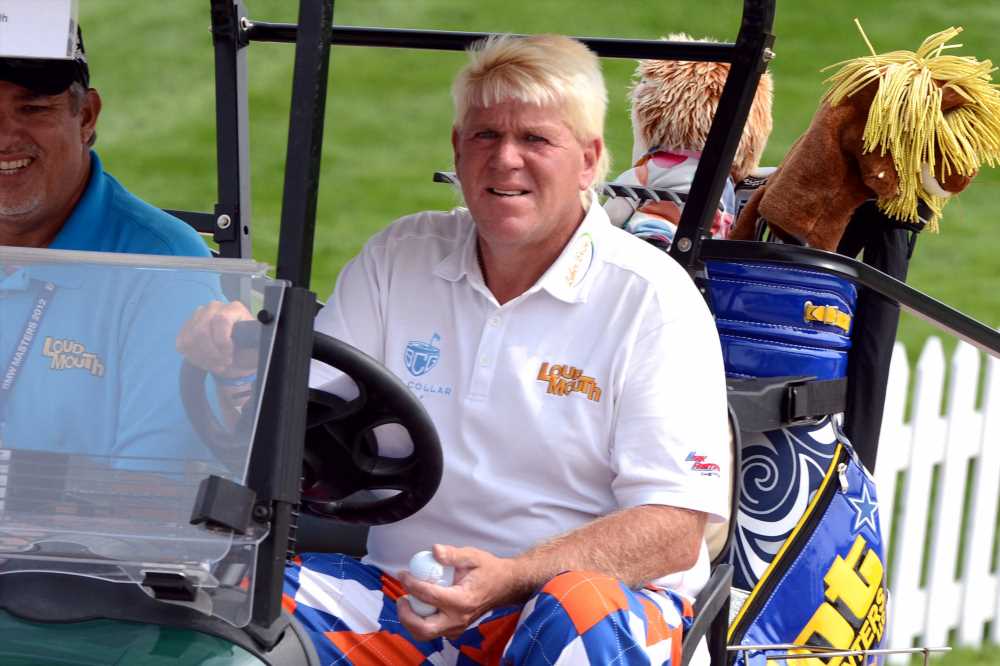 Daly tied for 27th last week at the Insperity Invitational in Houston, and withdrew from the Regions Tradition, the first senior major of the year, because of illness. He said he was suffering dizzy spells during the drive toward Alabama.

“Massive dizzy spells, and I’m diabetic now,” Daly said in a telephone interview. “I was driving the bus from Houston, trying to make it to Birmingham, and pulled off the road six times.”

He says he made it to Philadelphia, Mississippi, and was playing the slot machines.

“The whole thing [stinks],” Daly said. “Florida sends me a handicap sticker when I’m there. It’s embarrassing. But I can’t walk more than six holes before the whole knee swells up, and then I can’t go anymore.”

Daly said he planned to see a doctor in the next few days about the dizzy spells, which he said used to affect his mother.

Daly was nicknamed “Wild Thing” when he first appeared on the PGA Tour as a rookie in 1991 for the way he played and lived. He won the British Open at St. Andrews in 1995, and the last of his five PGA Tour victories was in 2004 at Torrey Pines in the Buick Invitational.

Daly will be the first player to ride a cart in a major championship since Casey Martin in the U.S. Open at Olympic Club in 1998 and 2012.

“I hope I don’t get a lot of grief from the fans,” Daly said. “My knee is screwed. I had the meniscus cut out. I have osteoarthritis so bad. … I can walk up a hill, I just can’t walk down one.”

Bethpage Black is a notoriously tough public course — inside and outside the ropes — on Long Island. Daly has a lifetime exemption from winning the PGA Championship in 1991 at Crooked Stick as the ninth alternate. That’s when the golf world was introduced to his “grip it and rip it” game.