JOEL MATIP is set to undergo a scan on a groin injury as Liverpool's defensive injury crisis deepens.

Jurgen Klopp was dealt a fresh blow when Matip was forced off just before the hour mark in Sunday's 1-1 draw with West Brom. 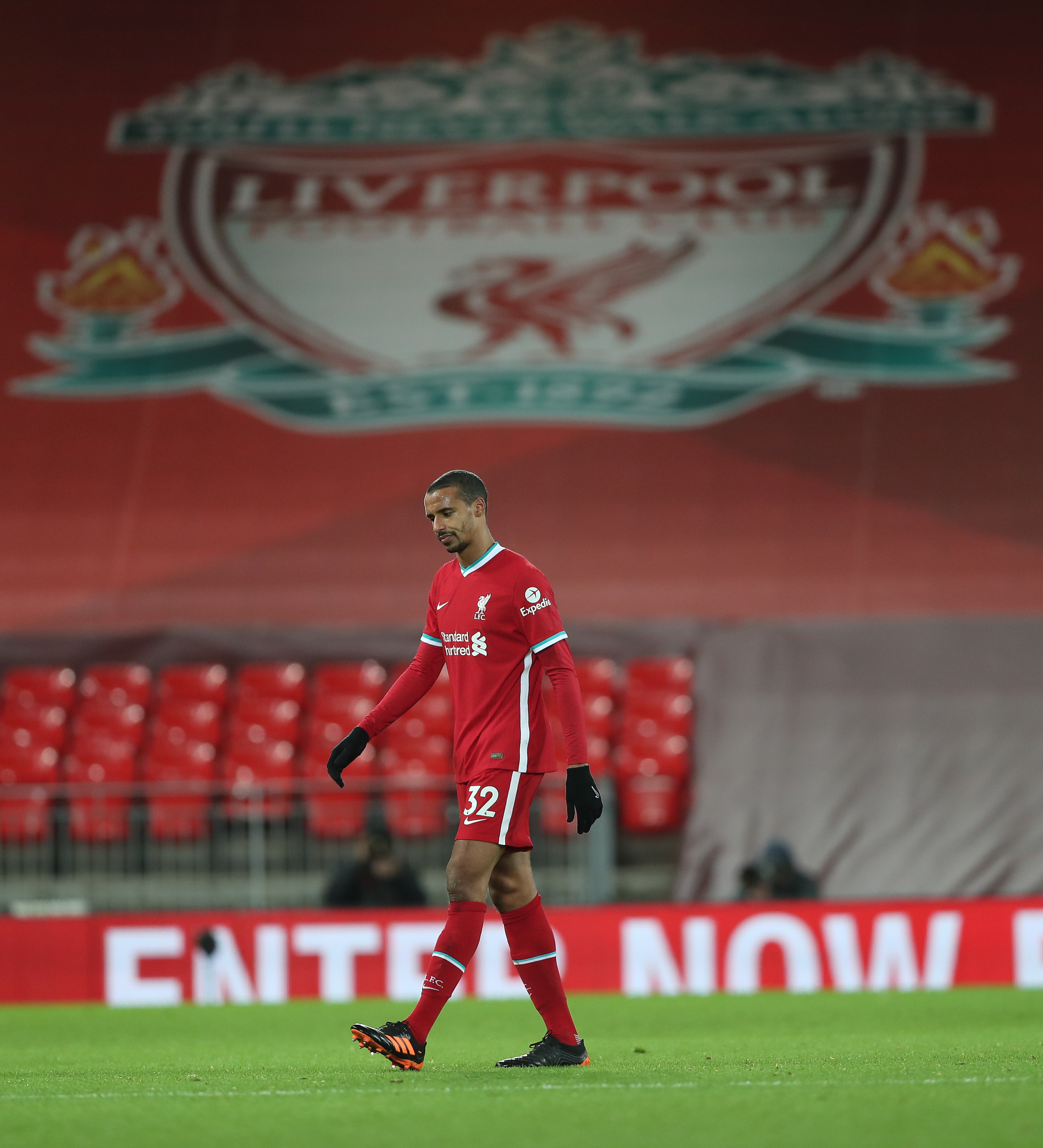 Speaking after the match, the Liverpool manager, already missing Virgil van Dijk and Joe Gomez through injury, said: "Joel told me he felt something in his adductor and that’s obviously not too good.

"I am not sure how serious it is now, but it was serious enough that he had to leave the pitch."

The Times report that Matip has effectively been ruled out of tomorrow's Premier League clash against Newcastle.

The results of the scan will also determine his availability for Monday's trip to Southampton and FA Cup third-round tie away to Aston Villa on January 8.

Liverpool will be hoping Matip is fit to play when Manchester United head to Anfield on January 17.

Klopp has been using midfielder Fabinho in defence in the absence of Van Dijk and Gomez, whilst youngster Rhys Williams replaced Matip against West Brom. Nat Phillips is another in reserve.

Captain Jordan Henderson could also drop back alongside Fabinho – a role he played in the second half of this month's draw at Fulham when Matip suffered a back injury.

James Milner's return to fitness and Thiago Alcantara's impending return could free up Henderson to take on defensive duties.

Liverpool legend Jamie Carragher believes his former club must make a signing in the January transfer window because of Matip's fitness problems.

Carragher told Sky Sports: "It's a massive worry but it's not a new worry.

"Joel Matip will not play every game between now and the end of the season – you know that even before the injury today.

"That's why it's paramount that Liverpool sign somebody in January.

"I said that as soon as Virgil van Dijk had his injury against Everton.

"Fabinho has gone there and looked like a top class centre-back in that position, so maybe people at the club felt the need wasn't as urgent.

"But Joel Matip is just too injury prone. His body just can't take the rigours of playing Premier League football week in, week out. We know that since he joined. He's a really good player."