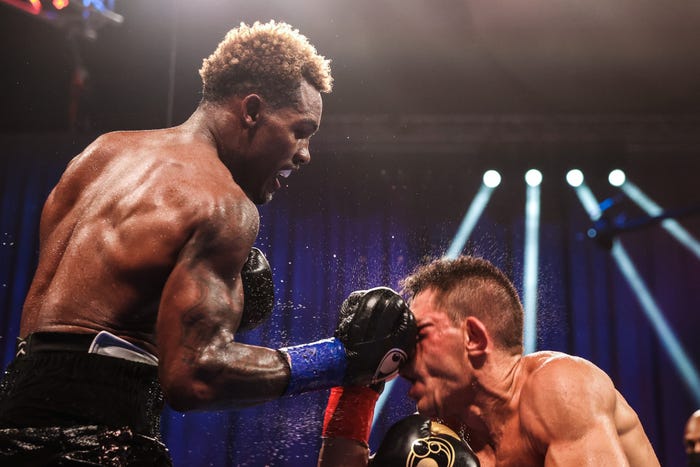 The American middleweight Jermall Charlo scored a unanimous decision win over Sergiy Derevyanchenko in boxing's biggest show of the pandemic era, and is now targeting the world's top 160-pounders.

It all went down at the behind-closed-doors Premier Boxing Champions event broadcast on Showtime pay-per-view at the Mohegan Sun Casino in Uncasville, Connecticut.

Charlo earned scores of 118-110, 117-111, and 116-112 from the ringside judges thanks to his assertive jab, resiliance to Derevyanchenko's game attacks, and his punch selection.

The unbeaten 30-year-old posted wins over Cornelius Bundrage, Austin Trout, and Julian Williams as a super welterweight but since moving into the middleweight division he has barely been tested.

On Saturday, September 26, Charlo showed he has a winner's mentality to match his skillset, defeating Derevyanchenko who has given Gennady Golovkin (GGG) and Daniel Jacobs awkward examinations in recent years.

Now, Charlo's is targeting the very best fighters in his weight division.