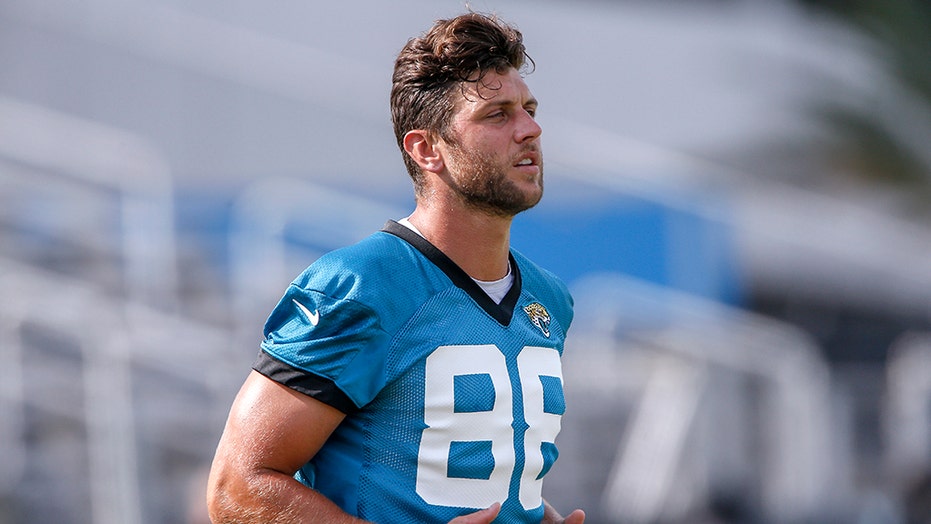 Jacksonville Jaguars tight end Tyler Eifert will pay tribute to David Dorn on his helmet this year in honor of the slain retired St. Louis police captain, according to a report on Monday.

Dorn was shot and killed while trying to protect his friend’s pawn shop, Lee’s Pawn and Jewelry, during the early hours of June 2 when the city was experiencing protests over the death of George Floyd in police custody. Dorn had served 38 years with the St. Louis police.

"Got some very good news from former @Bengals player/current @Jaguars player @tylereifert that he will honor fallen police officer David Dorn on his helmet," tweeted Hamilton County Republican Party Chairman Alex Triantafilou, on Monday. "Always been a fan of Tyler’s and God bless him!"

Triantafilou did not elaborate on which games Eifert will be honoring Dorn this season, or what the tribute will entail.

The NFL announced in June it was planning to allow players to have decals on the back of their helmets bearing names or initials of victims of systemic racism and police violence. 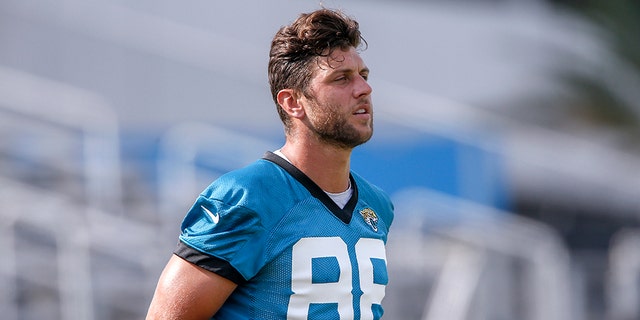 Last month, New Orleans Saints players, including quarterback, Drew Brees were seen wearing the name of Jacob Blake, who was shot by police in Kenosha, Wis., and is currently paralyzed.

Other names will come from an approved list, and will likely include George Floyd and Breonna Taylor, victims of police violence that ignited nationwide series of protests against racial injustice this year, Pro Football Talk reported.

Players can choose either a name of a victim or one of four preferred phrases the NFL has approved: “Stop Hate”; ”It Takes All Of Us"; “End Racism”; or "Black Lives Matter.’” The same choices are available for coaches and on-field officials.

Eifert's decision comes as he has supported the military and first responders throughout his career after being drafted by the Cincinnati Bengals 21st overall in the 2013 NFL Draft.

"Happy 4th of July! I love this holiday, always think how lucky I am to live in the best country in the world. And everyone in the military who sacrificed so we can all live the American dream! Have fun and be safe out there," he wrote on Twitter back in July.

In 2017, the tight end decided to stand for the National Anthem, and even penned a Medium post, explaining that his love for his country was the reason for his decision.

"I stand because I want to honor the people putting their lives on the line for me on a daily basis in the Army, Navy, Marine Corps, Air Force, and Coast Guard," Eifert wrote. "I stand because my cousin is a pilot in the United States Air Force, risking his life flying F-15s in active war zones. He takes pride in his job protecting Americans, a sacrifice that all members of every branch of the United States military willfully take."

Eifert wore a pair of cleats against the Baltimore Ravens that year to honor former Arizona Cardinals safety Pat Tillman, who died in 2004 while serving in the U.S. Army Rangers.

The tight end is hoping to rejuvenate his career in Jacksonville, after sevens seasons with the Bengals. While talented, injuries have impacted his potential so far. Eifert played in all 16 games in 2019, after playing in just 14 games over the previous three seasons.

He made the Pro Bowl following the 2015 season, after hauling in 52 passes for 615 yards while recording 13 touchdowns.

James O'Shaughnessy, had the most receiving yards among Jaguars tight ends last season, with just 153 yards. He played in just 5 games after suffering a season-ending ACL injury.