JADON SANCHO has bravely spoken out after suffering racist abuse but the England star insisted: 'Hate will never win'.

The forward, along with Marcus Rashford and Bukayo Saka, missed in the European Championship final penalty shootout loss to Italy. 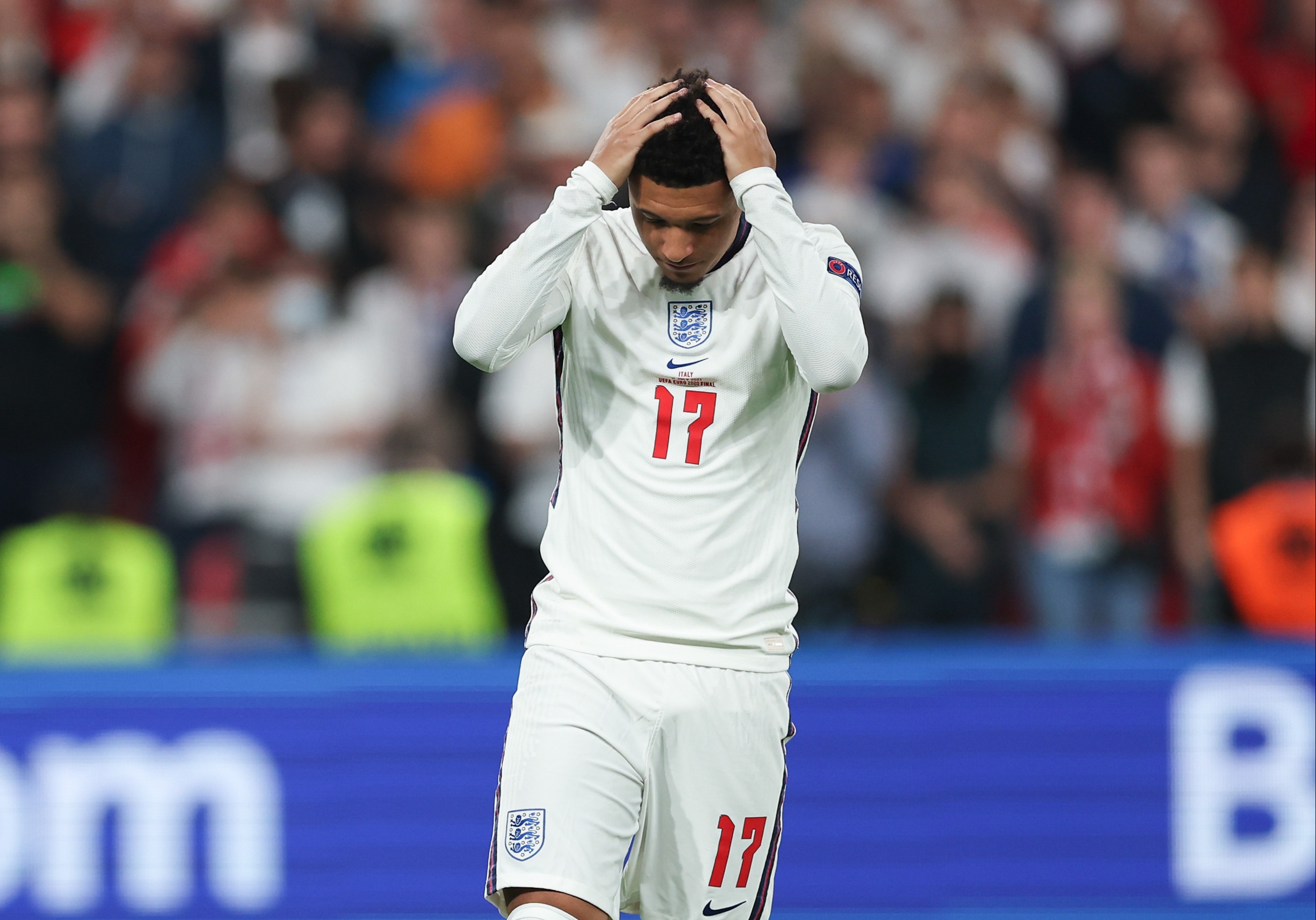 But the winger vowed to bounce back better than ever as he thanked fans for their support and positivity.

Sancho, 21, posted: "I’m not going pretend that I didn’t see the racial abuse that me and my brothers Marcus and Bukayo received after the game, but sadly it's nothing new.

"As a society we need to do better, and hold these people accountable.
Hate will never win.

"To all the young people who have received similar abuse, hold your heads up high and keep chasing the dream.

"I am proud of this England team and how we have united the whole nation in what has been a difficult 18 months for so many people.

"Much as we wanted to win the tournament, we will build and learn from this experience going forward.

"I want to say a massive thank you for all the positive messages and love and support that far outweighed the negative.

"It’s been an honour as always representing England and wearing the Three Lions shirt, and I have no doubt we’ll be back even stronger!"

Sancho, who has completed a medical ahead of his £73million move to Manchester United, was subbed on with Rashford, 23, to take a penalty.

But he saw his effort saved Gianluigi Donnarumma, who also kept out 19-year-old Saka's to secure the trophy for Italy.

Sancho, who alongside Saka and Rashford have been praised for their bravery, apologised for his penalty miss.

But he highlighted the positivity of England reaching their first final in 55 years and praised 'the togetherness' of Gareth Southgate's Three Lions.

Sancho posted: "I’ve had a couple of days to reflect on Sunday's final and still feel a mix of emotions.

"I would like to say sorry to all my teammates, coaching staff and most of all the fans who I let down.

"This is by far the worst feeling I’ve felt in a long time. It’s hard to even put into words the real feeling, but there were so many positives to take away from this tournament though the defeat will hurt for a long time.

"And that’s exactly what I wanted to do with that penalty, help the team. I was ready and confident to take it, these are the moment's you dream of as a kid, it is why I play football.

"These are the pressured situations you want to be under as a footballer.

"I’ve scored penalties before at club level, I’ve practiced them countless times for both club and country so I picked my corner but it just wasn’t meant to be this time.

"We all had the same ambitions and objectives. We wanted to bring the trophy home.

"This has been one of the most enjoyable camps I’ve been part of in my career so far, the togetherness of the team has been unmatched, a real family on and off the pitch."