AN ENGLAND football fan was upgraded to Business Class after being mistaken for Lionesses hero Chloe Kelly.

A TikTok user named Sophie filmed a video showing off the luxuries on offer from British Airways. 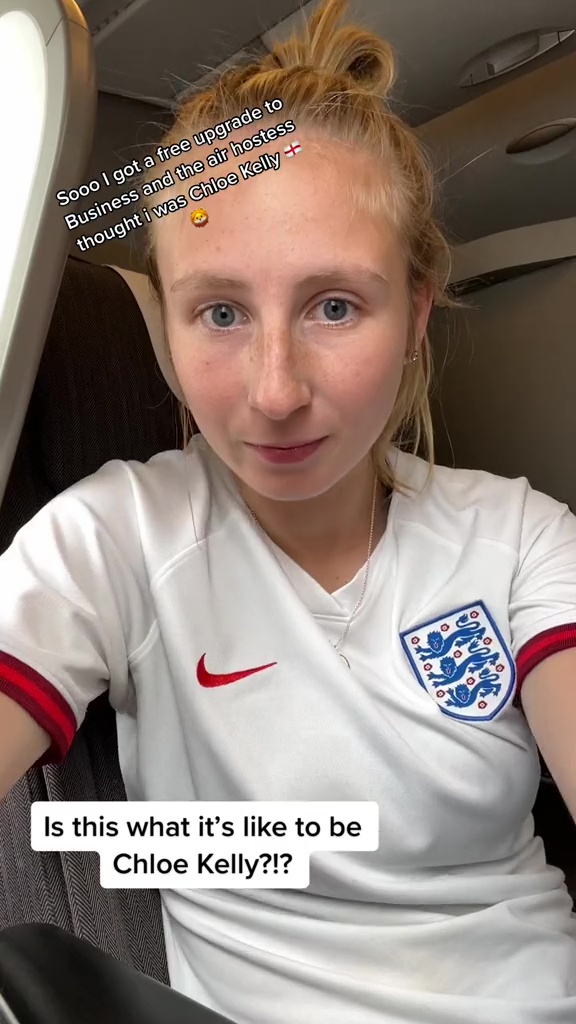 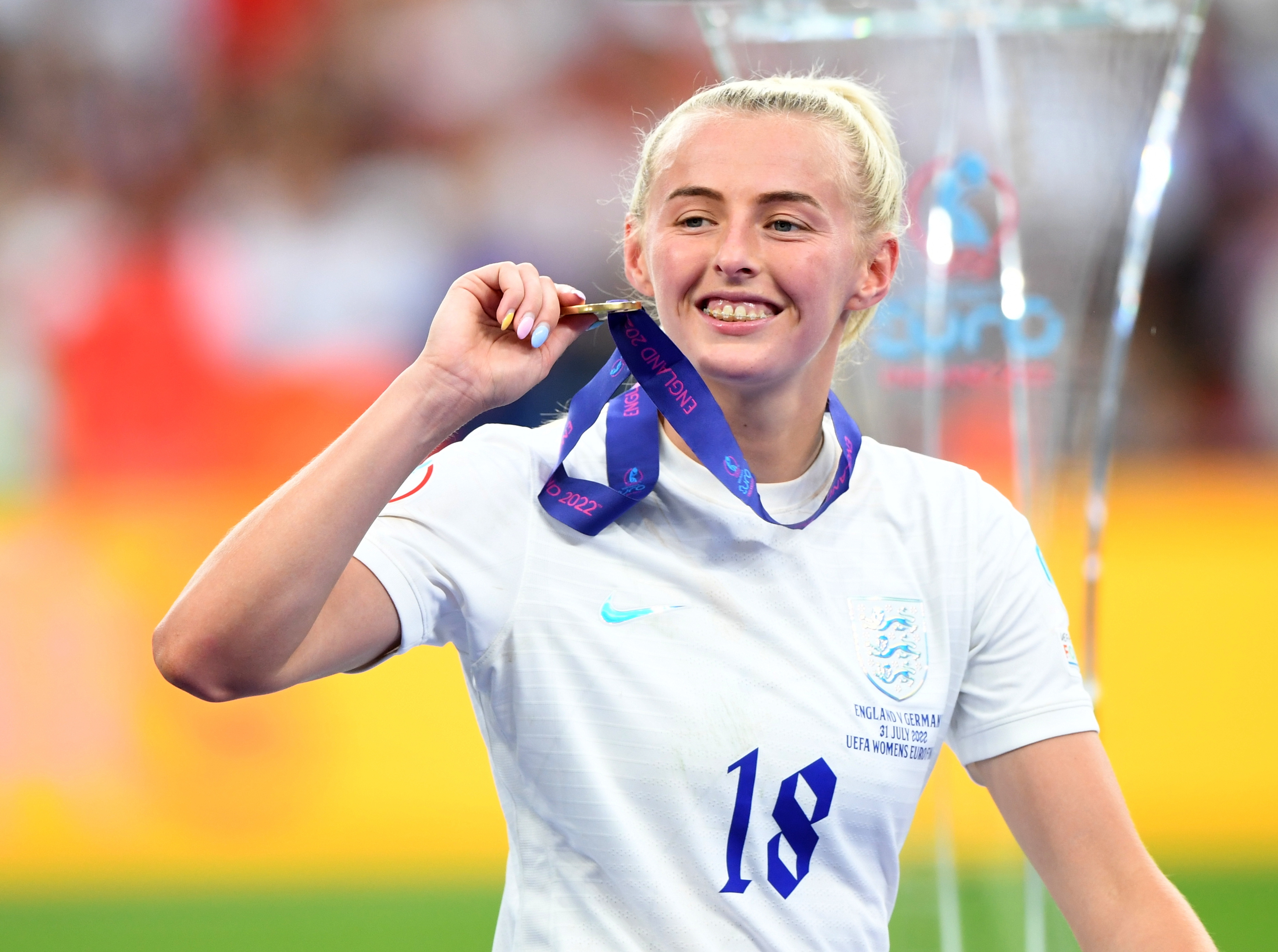 In the short clip a stewardess approached Sophie, who was dressed in an England shirt, and asked if she played in the final.

The stewardess then had Sophie beaming from ear to ear after saying: "You look like the girl who scored."

Sophie replied saying: "That's the best compliment you could possibly ever give me."

She wrote in a caption for the video: "Is this what it is like to be Chloe Kelly?"

Another caption read: "So I got a free upgrade to Business and the air hostess thought I was Chloe Kelly."

Kelly became an England hero when she scored the winning goal against Germany in the Euro 2022 final on Sunday.

She has skyrocketed to fame as a result with many fans jokingly suggesting she should become the UK's next prime minister.

Supporters were also enthralled with Kelly after she cut short her post-match interview to join in with the team celebrations, which included a rendition of 'Sweet Caroline'.

Kelly's goal celebration also sent fans wild as he took off her shirt and waved it over her head.

The Manchester City star said of the winning goal: "The celebration just came in the moment. I never thought of that moment happening.

“You don’t expect it to happen, so I just went mental.

“I’m going to frame my boots, my shirt and, of course, my sports bra — absolutely everything.”