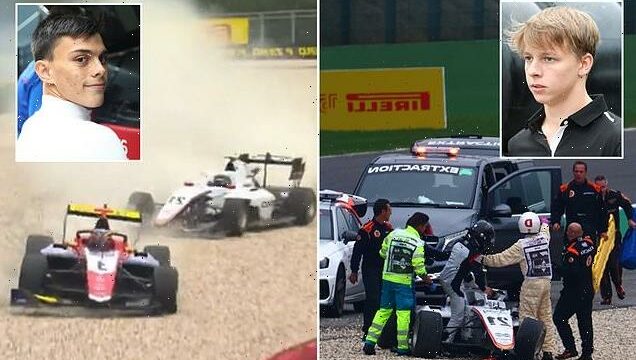 A huge two-car crash in the F3 sprint at Belgium’s Circuit de Spa-Francorchamps has seen the halo safety feature again called into action after a red flag was shown to bring the race to a halt.

The horrific crash involving team Campos driver Oliver Goethe and Trident’s Zane Maloney saw both junior F3 stars collide as they came out of a bend at high-speed.

Maloney tried to power his way up the inside but got it all wrong as the 18-year-old failed to make the bend and sent himself and Goethe off the track and into the safety barrier. 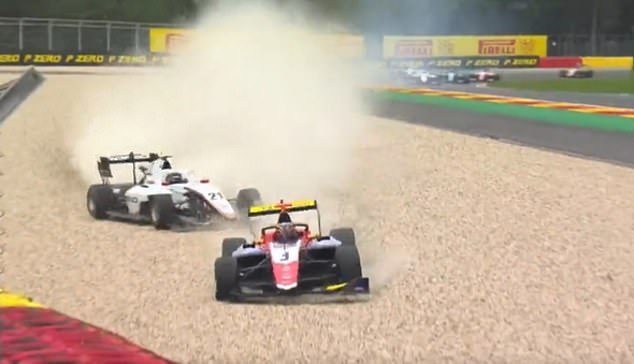 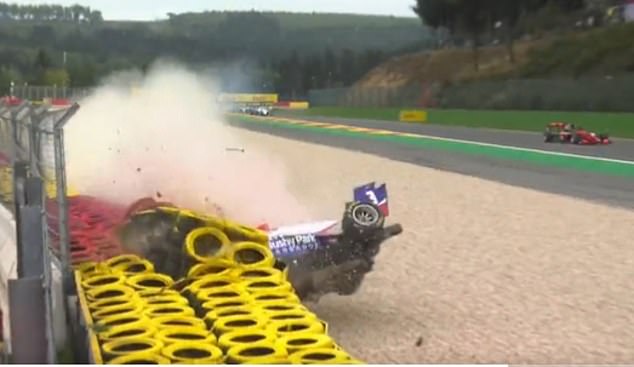 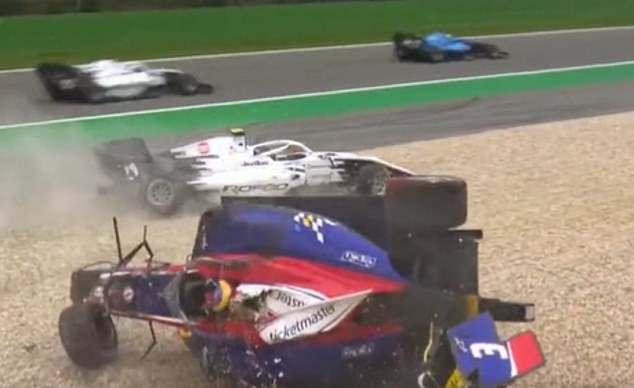 The Trident driver’s car momentarily went airborne as he clipped Goethe’s rear-left wheel before then hurtling into the reinforced tyre wall.

As both drivers were sent cascading head-on into the barrier, Maloney’s car flipped onto it’s roof before eventually ending back upright.

Danish-German racer Goethe bounced off the wall and went under his counterparts mid-air vehicle before coming to a stop on the gravel.

Maloney and Goethe remained stationary in their cars as a virtual safety car was immediately deployed to warn other drivers about the collision and slow down the vehicles still on track.

The aftermath of the footage showed Maloney’s car was destroyed by the impact with a front left wheel and most of the bodywork in pieces, as the rear spoiler hung on by a thread. 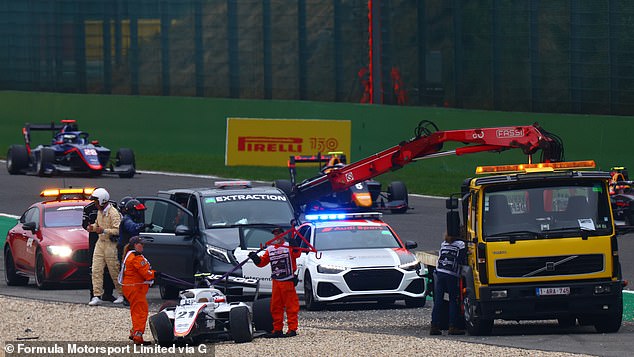 Both then managed to get themselves out of their cars as a red flag ordered all drivers back into the pits while recovery work got underway.

The footage highlights the effectiveness of the halo safety system that was installed in 2018 to protect drivers from catastrophic collisions with Maloney protected from ending up with the weight of the car on his head and neck.

Some drivers were originally against the idea of the halo but have been convinced of its necessity after a series of high-profile crashes that have seen the feature save the lives of drivers.

Zhou Guanyu’s Alfa Romeo skidded upside down before flipping over the tyre wall at the Silverstone F1 grand prix in July and avoided significant injuries due to the halo.