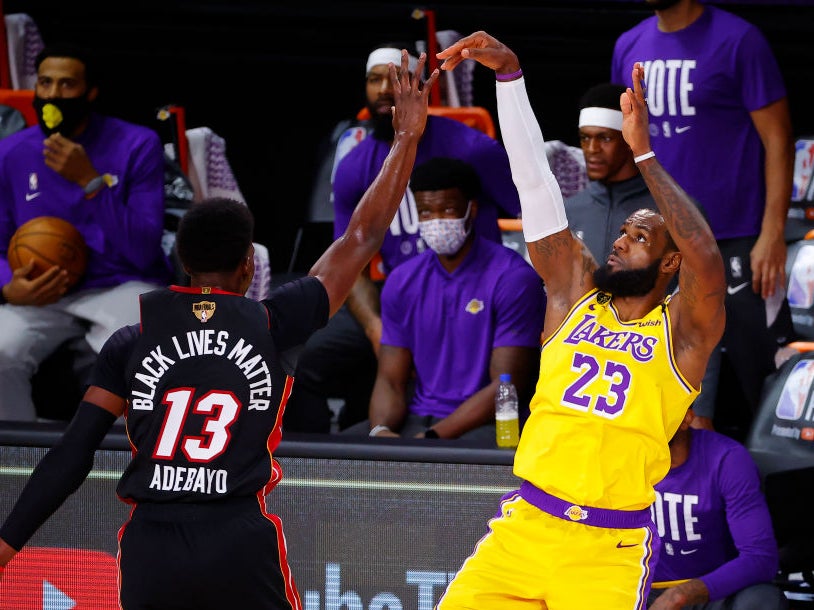 Even in these sanitised surroundings, the sustenance of talking points have been just as filling. The NBA’s knack of sparking debating, and concocting career-making and career-doubting moments is as strong as ever.

Off the back of the Phoenix Suns emerging as everyone’s first Team of the Bubble, Devin Booker started writing the first stanzas of his clutch legacy. Luka Doncic took the Dallas Mavericks to their first play-off appearance in the post-Dirk Nowitzki era. Damian Lillard, Steph Curry with attitude, remains a game-changer for any side if he ever decides to leave Portland.

The Houston Rockets’ project is coming to an end. Jayson Tatum might be your new favourite player. The Denver Nuggets, thanks to Jamal Murray and Nikola Jokic, might be your new favourite team. The LA Clippers might be proving that you need more than Kawhi Leonard to get a ring. Oh, and does Giannis Antetokounmpo need one? Probably. Jimmy Butler has made coffee cool again. And LeBron continues to drive the conversation as to whether he, and not Michael Jordan, is the GOAT. Even The Last Dance has not put that to bed.

Those narratives and countless others have been stretched and memed by a vibrant online presence that no sport – no movement – can come close to. More idle hands at home has seen NBA interaction smash through expectation. Official NBA accounts across Facebook, Instagram, TikTok, Twitter and YouTube have picked up 3.3 million new followers and with 5.3 billion views combined across those platforms.

ICYMI – @BarackObama joined a group of NBA Champions and first-time poll workers from @MoreThanAVote during #NBAFinals Game 1 to highlight the importance of voting. Don’t wait, make your voting plan and sign up to work the polls today at vote.nba.com

That is no coincidence. What we know of the NBA and the WNBA from afar is chiselled by its loyal and vociferous online acolytes. That has been reflected in its approach to fans, who have been visible throughout bubble matches across 17-foot video boards that allow 320 fans “courtside” seats. Via webcams and smartphones, those at home film themselves while watching games, with the league insulating themselves from any hijinks with waivers signed by those taking part.

In the spirit of not wanting to waste a crisis, elements like a rail-cam that runs alongside the length of the court and another situated deep enough to give viewers a “10 rows back” view will be further honed. Already fans can view games solely from these points of view.

Players and coaches were consulted on all elements of this virtual fan experience. From determining how big the screens were to ensure they were not too distracting, to how loud they wanted the cheers, along with the other usual arena extras like music and in-game announcements.

Fundamentally, it came from knowing those watching are as intrinsically linked with the court as those on it. And their absence has been felt most in the most charged moments, such as the burst of emotion that usually follows a buzzer-beater usually shaking an area off its foundations.

In lieu of that connection, friends and families have tried to fill the hole. Tatum’s son, Jayson Tatum Jr, became a wall celebrity during Boston Celtics games before father and son were reunited prior to the Eastern Conference Finals.

One familiar face for the first Laker versus Heat game was former US President Barack Obama.

“We have a working relationship with his (Obama’s) team,” said Sarah Zuckert, NBA, head of Next Gen Telecasts. “With our message to encourage people to go out and vote, it fitted well.” Also sat with Obama and NBA legends were poll workers who had volunteered at stations across the country.

Across the last three months, the NBA pushed messages on the court and in the bubble, with the latest urging the public to vote ahead of the US elections on 3 November. Players have shared these messages on t-shirts during warm-ups. All the white “Black Lives Matter” has been visible throughout the restart above every player’s number on jerseys.

That might be the most impressive aspect to what basketball has maintained through these difficult times. The NBA and WNBA are the most socially aware of sports, being as it is one that basketball starts from humble beginnings and rises any which way its incumbents choose to harness it. None of that power or responsibility has been shirked.  Isolation has not been an excuse to isolate from evolving discourse around the movement and further social injustices. 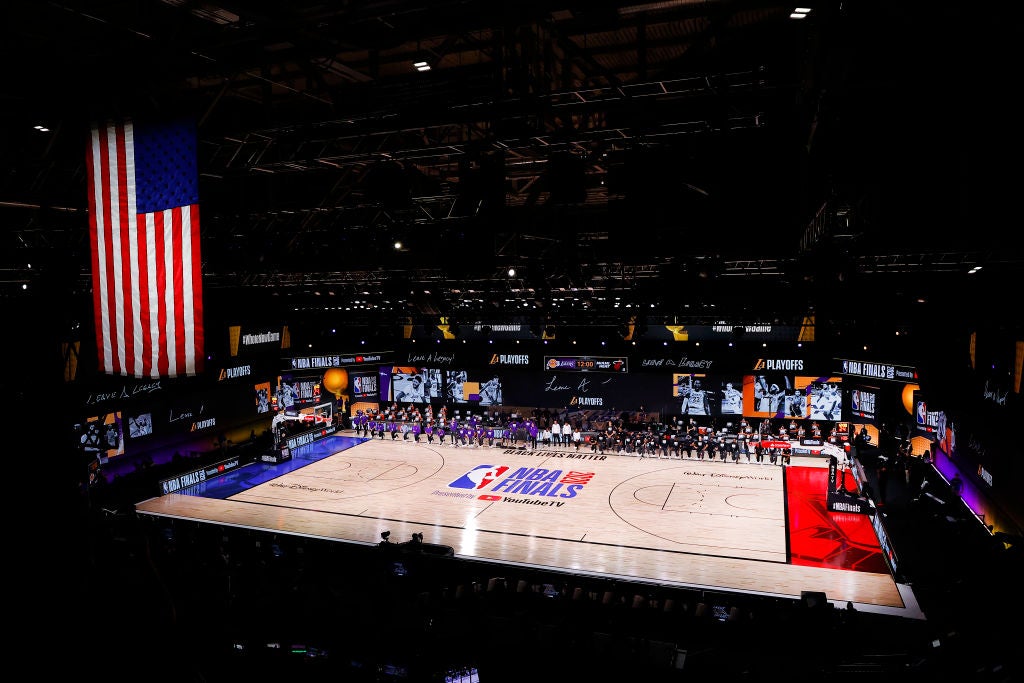 That might be the most impressive aspect to what basketball has maintained through these difficult times. The NBA and WNBA are the most socially aware of sports, being as it is one that basketball starts from humble beginnings and rises any which way its incumbents choose to harness it. None of that responsibility has been shirked.  The bubble has not been an excuse to isolate from the evolving discourse around the movement and further social injustices on the outside world.

Following the police shooting of Jacob Blake, The Milwaukee Bucks’s refusal to take the court resulted in a three-day shutdown. Multiple teams threatened to leave, with the onus on the threat than the leave. Not that they would not have done. And even now as knees are taken, somehow, the NBA and WNBA have maintained its power.

Because what really is a sporting community? It feels a more pertinent question to ask now more than ever. After so many token displays of solidarity are now becoming uncomfortable across many different sports, of the Premier League losing its nerve and the NFL outing its public, basketball maintains its core values.

@kingjames goes up & under with the left! #NBAFinals on ABC

That’s not to say it does not have questions to ask itself, especially when considering the political alignments of those in charge of the majority of its teams. Invariably, the biggest statements need to come from those with the money. But given their most revered ambassadors have stated their causes so profoundly, a reckoning is on the horizon.

Even considering the caveats of Covid-19 that threaten to become full-time parameters, no sport has had a better pandemic. Perhaps that’s not surprising for one so easy to pick up, requiring so little prep or equipment and with such recognisable stars created in an instant. A sport, game and hobby that has an unrivalled ability to permeate into every part of popular culture.

The bubble may be bursting soon, but basketball’s prevailing mood of representation and glory has never felt more profound.