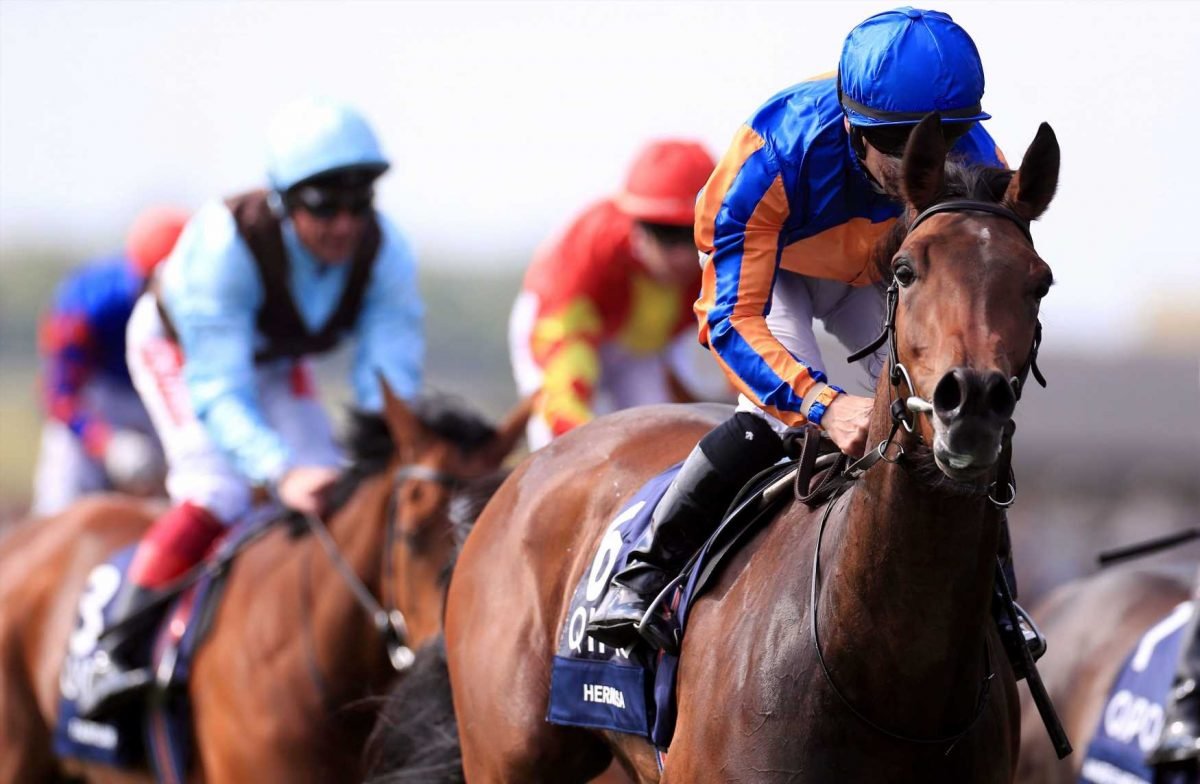 AIDAN O'Brien bagged yet another Classic double at Newmarket on Sunday.

His 14-1 shot Hermosa won the 1000 Guineas just 24 hours after Magna Grecia had won the 2000 Guineas – the fourth time he has completed the brace. 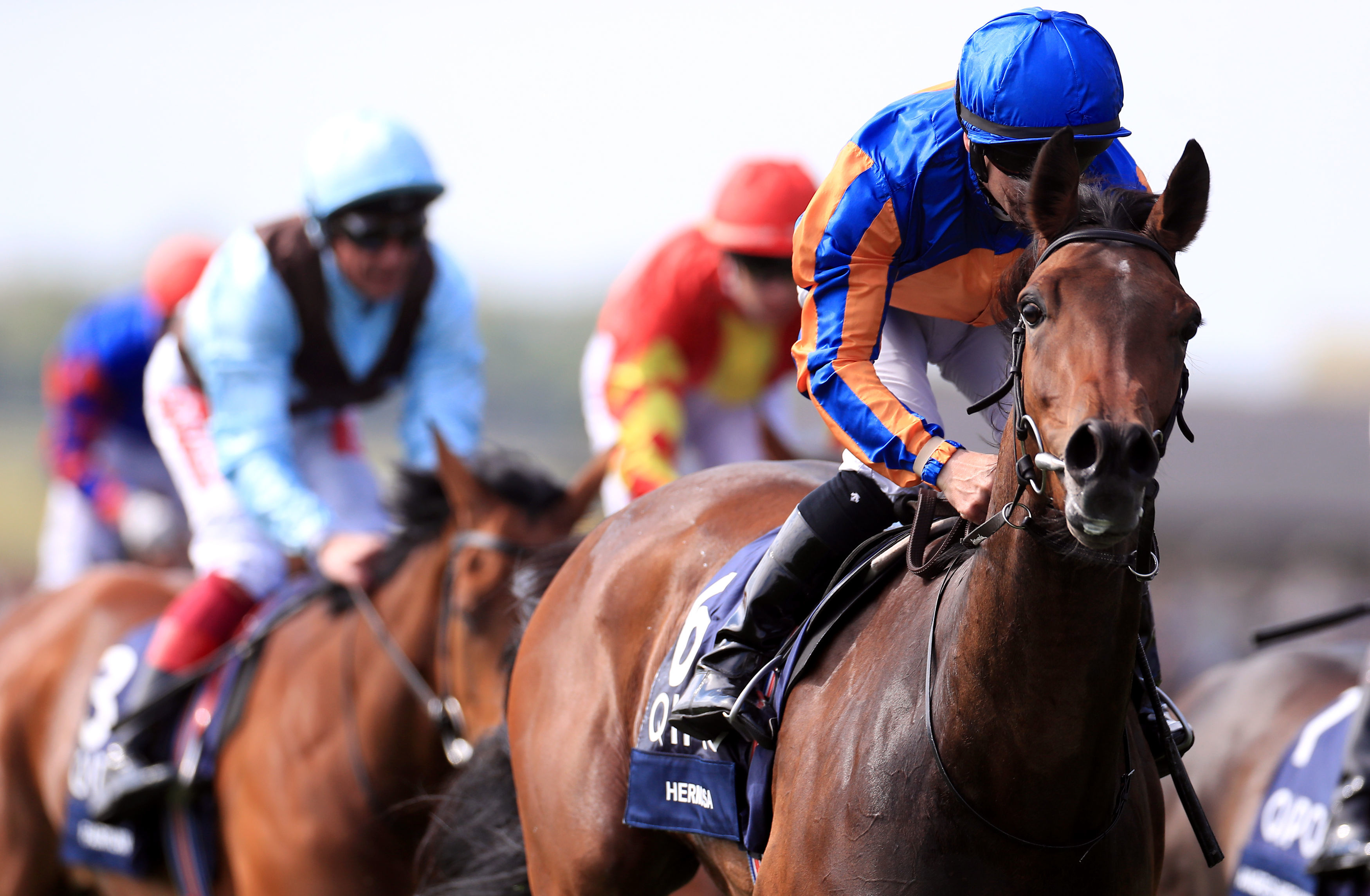 The daughter of Galileo, who is now challenging for favouritism in the Oaks, was sent straight to lead by jockey Wayne Lordan.

She came under pressure approaching the final two furlongs but found plenty off the bridle and galloped home strongly to land the spoils.

The strong-travelling Lady Kaya (11-1) raced away from the winner but ran a screamer for Sheila Lavery to take second, with the favourite Qabala (7-2f) a very creditable third.

Hermosa is a sister to the top-class middle distance performer Hydrangea, and O'Brien is confident the 1m4f trip in the Oaks will not be a problem.

He said: "We are delighted. She did very well over the winter, and she ran an unbelievable race last year in the Fillies' Mile.

"She is very uncomplicated. She is tough and, like her sister stays well. Wayne gave her a great ride, and it is credit to everyone at home.

"Joseph (O'Brien) said she was the danger, and that's why Donnacha (O'Brien) was following her. Everyone was very happy with her.

"I would say that is what she is going to love (the Oaks). The Irish Guineas is there to look at, but she won't mind stepping up in trip."

"What can you say about Galileo – his influence is going to be forever and ever."

2nd Lady Kaya: Travelled powerfully but just touched off by a stronger stayer. She will win a big one over a mile on an easier track this season.

3rd Qabala: Impressive winner of the Nell Gwyn on her reappearance and ran with plenty of credit here. Doing her best work late and she should mix it at the top level this term.

5th Fairyland: Bred for speed and she ran a belter in the circumstances. Just weakened out of things late but she could give Calyx a race in the Commonwealth at Ascot.

6th Just Wonderful: Couldn't quite lay up with the strong early gallop and found herself detached in rear. Stayed on strongly late in the day and she will appreciate a longer trip.

8th Iridessa: Couldn't quite get a clear run approaching the final furlong when still in with a chance. Weakened late but she is another who will appreciate a step up in distance.

Lavery was over the moon with Lady Kaya, who was just pipped in second place under Robbie Colgan.

She said: "At the back of mind I was just a bit worried (about the trip) – but she very nearly got there.

"I'm not discounting a mile, but I will go back and look at it and take advice.

"Racing at this level, what do I know? But I've got lots of people who will help, so I'm very thankful.

"Robbie Colgan is stable jockey, and I've wanted him to go on the Flat – you would never think this time last year he was jumping fences. He is cool and not intimidated by anybody, and he rides his own race.

"I'm just ecstatic. I suppose in a way it hasn't sunk in – but now I will have a drink and relax once I go see how she has walked off.

"I know Richard Hannon said yesterday 'who remembers second' – but I will remember this second."