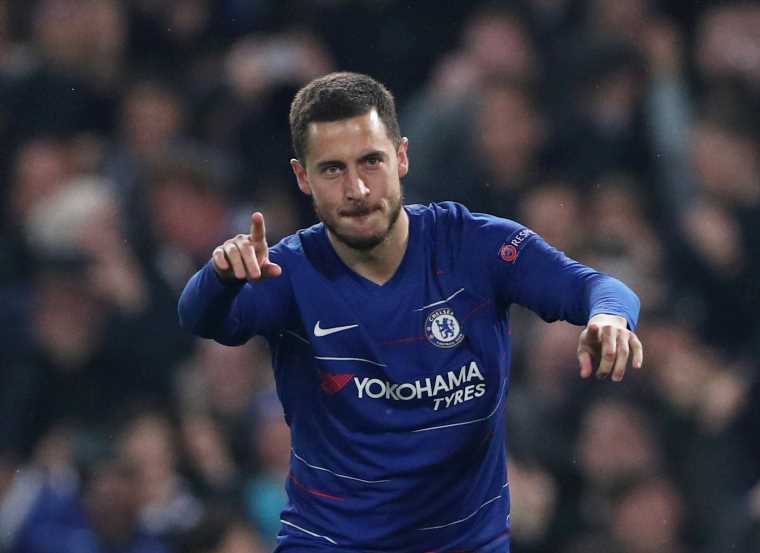 EDEN HAZARD hinted at a Chelsea exit after conceding the Europa League final could be his final game.

On Thursday evening Hazard scored the winning penalty that sent Chelsea into the final against London rivals Arsenal. 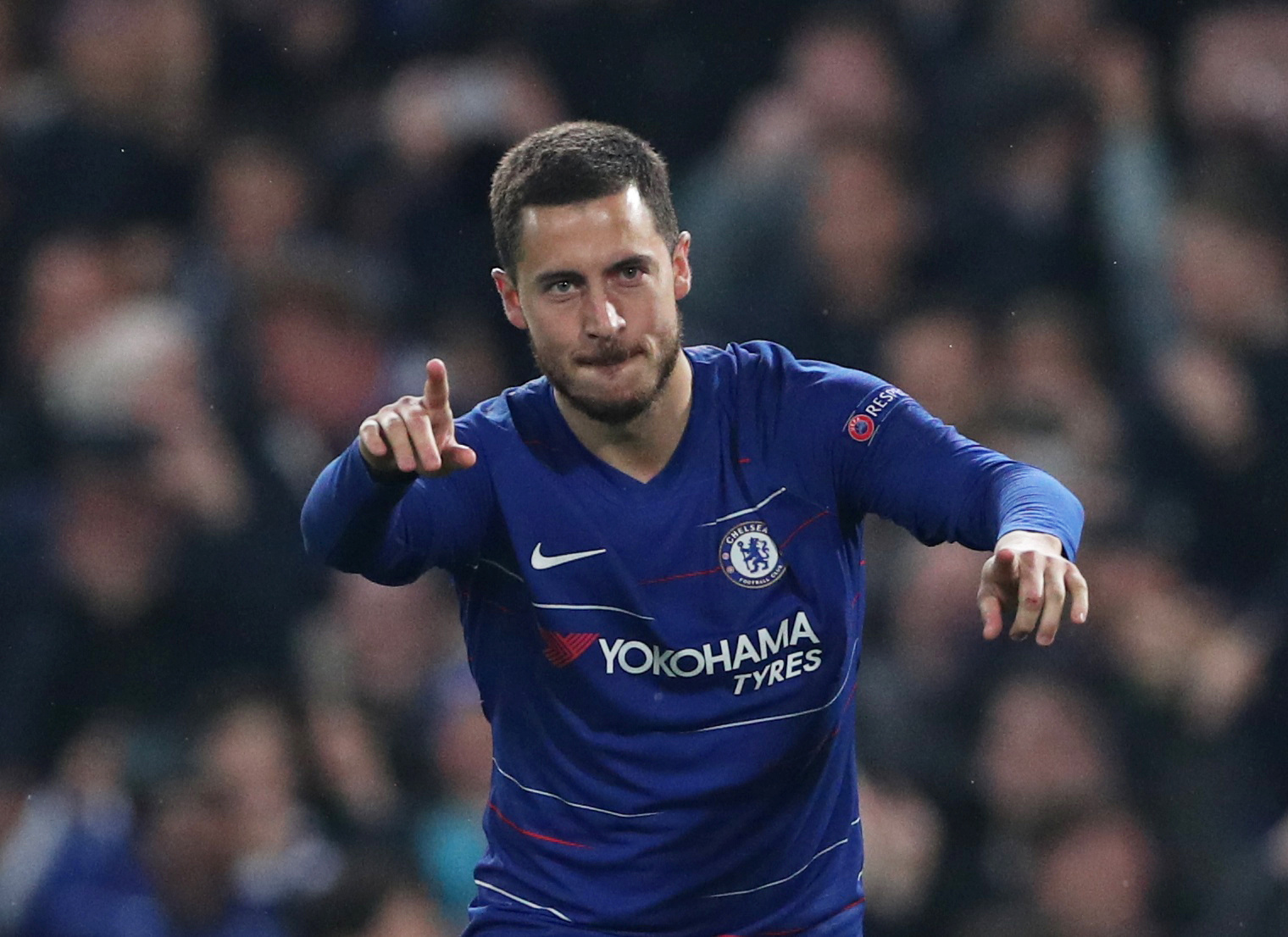 Speaking after the game the 28-year-old, who is heavily linked with a £100million summer move to Real Madrid, admitted the Europa League final could be his “last game”.

Hazard said: “If it's my last game I will try to do everything for this club to win a trophy.

“In my mind I don't know yet. I don't think about that. I'm only thinking about winning something for this club and this squad.”

Chelsea had taken a first-half lead through Ruben Loftus-Cheek only to see 21-year-old striker Luke Jovic net against the Blues for the second time and level up the tie.

Heading into the shootout and Blues stopper Kepa Arrizabalaga saved from Martin Hinteregger and Goncalo Paciencia to set up Hazard with the opportunity to win the tie at the Shed end.

The adored Stamford Bridge winger calmly slotted home and insisted business is “not finished” with an important final against Arsenal awaiting in Baku.

Hazard added: “I always take my responsibility when I have to.

“Today we are happy but it's not finished. We have another game to play against Arsenal. We need to go there and play with quality and win the game.”

After sending his side through to a sixth European final Hazard was heckled after the game about his imminent move to La Liga.

The 28-year-old avoided any engagement with the question, however, as he walked off down the pitch. 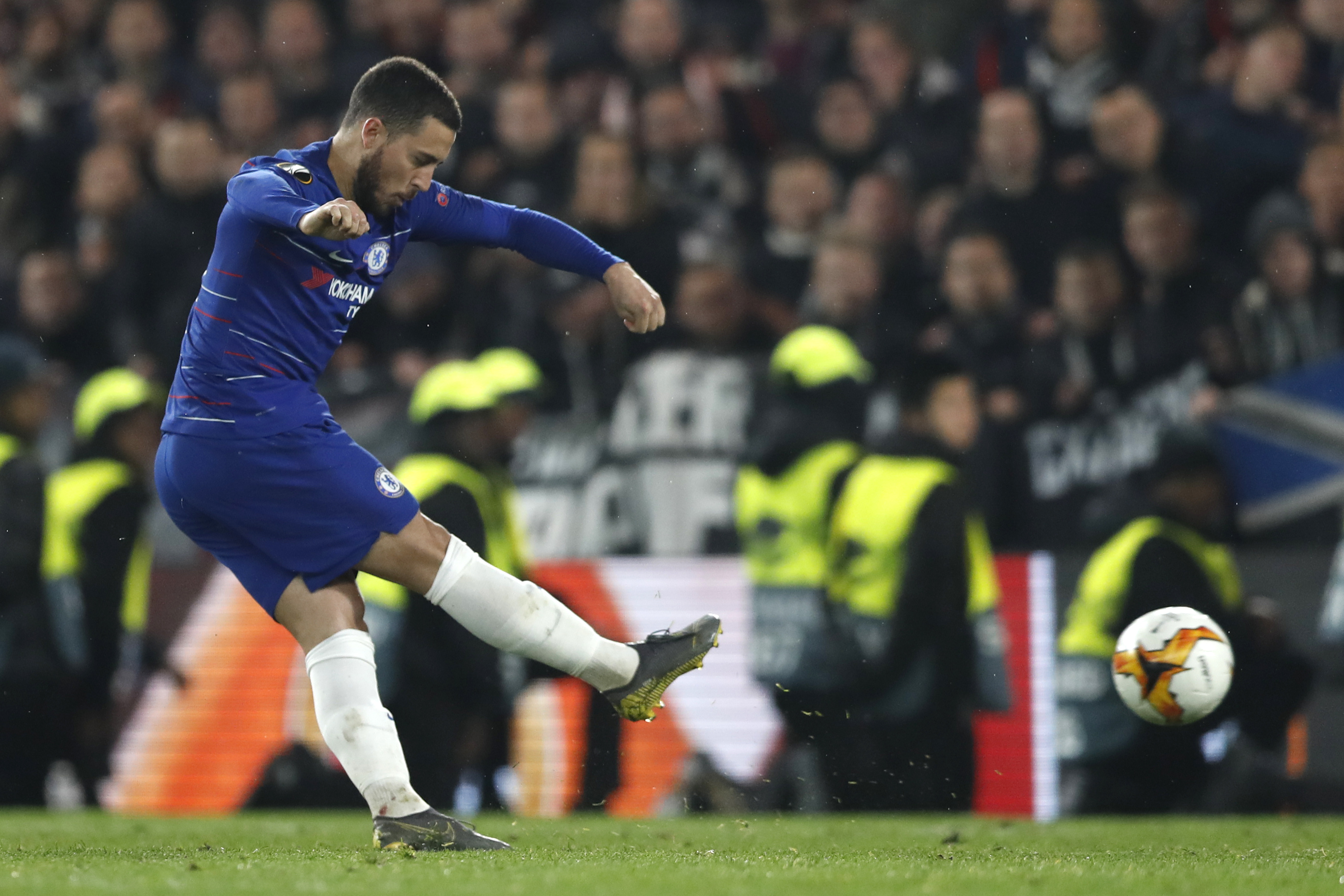